Russian President Vladimir Putin said that the decision to return in a month to the issue of advance payments for Russian gas has nothing to do with the upcoming presidential elections in Ukraine. "We can not wait forever ... We do not want to undermine the Ukrainian economy, nor question the reliability of transit to Europe," - said the head of state on the program "News on Saturday with Sergei Brilev" on the TV channel "Russia 1". 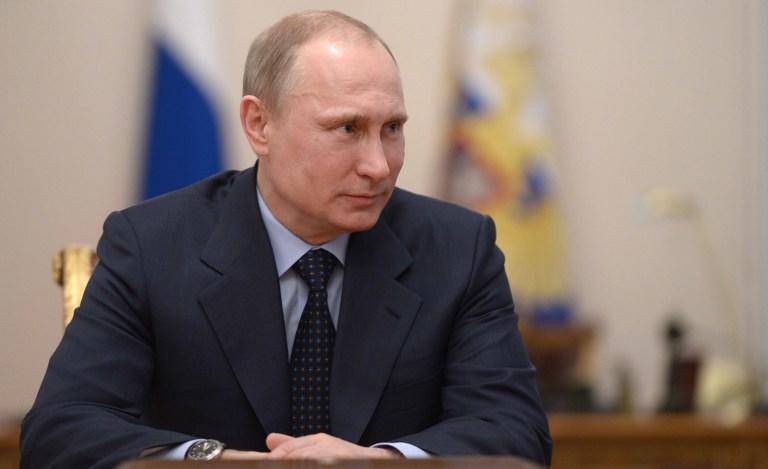 During the interview, Vladimir Putin noted that the special operation of the Russian Federation in the North Caucasus cannot be compared with the actions of Kiev in the east of Ukraine.

“The difference is enormous, and it lies in the fact that in the North Caucasus we are faced with the aggression of international terrorism. In fact, they were formed, well-trained gangs that were supplied and armed from abroad. This is a big difference, ”said the president on the air of Russia 1.

Vladimir Putin also said that the Russian soldiers who were present in the Crimea during the recent events on the peninsula will receive state awards, but their names will not be made public for some time.

“I think that we will not find out in the near future, but of course there will be state awards,” he said.

Relations with the West

In addition, the president expressed hope for the normalization of relations with the West. Answering the question whether relations between Moscow and Western countries can be adjusted by the end of this year, the head of state said: “It does not depend on us. Or not only from us. It depends on our partners. ”

“I believe that there is nothing that would prevent normalization and normal cooperation,” Putin said.

The president also called on European countries to help the Ukrainian economy and develop measures to finance the budget.

“We urge all European countries, all countries that are interested in supporting the Ukrainian economy, to join the process of helping Ukraine and work out measures aimed at financing the budget,” said Vladimir Putin.

The decision to return in a month to the issue of advance payments for Russian gas has nothing to do with the upcoming presidential elections in Ukraine, but Russia "cannot wait forever," the president said.

“It’s not about the election at all. We do not associate the economy with the political process in Ukraine. We just had to get money for the gas supplied in March on April 7, we did not wait for them, I repeat once again - this is $ 525 million ... this is by the way at the lowest price, with all the discounts, ”said Vladimir Putin.

The head of state stressed that Russia does not want "to undermine the Ukrainian economy, nor to question the reliability of transit to Europe."

Rumors about the return of Yanukovych

Answering the question of how reliable is the information about the possible appearance of President Viktor Yanukovych ousted from power at Easter in Ukraine, Vladimir Putin said: “You have to ask him that.”