April 18 2014
27
The Court of Appeal of the Kharkiv region left in custody journalists detained in the building of the Kharkiv Regional State Administration 8 on April during its assault by its special forces, the Controversy reports. 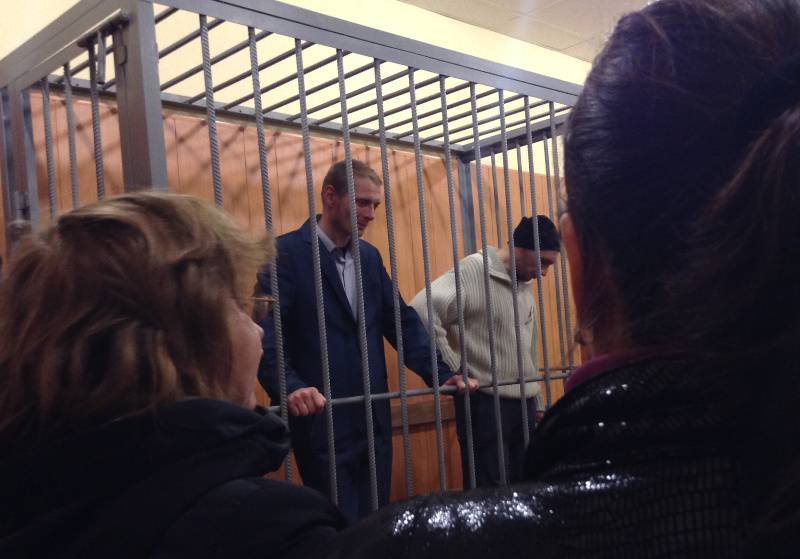 It should be noted that neither journalists nor relatives were allowed to the court sessions even before the trial began. Attorney Oleksandr Shadrin, who represents the interests of the leader of the Ukrainian Eastern Bloc, Yegor Logvinov, said that in this situation the holding of court sessions in this mode does not comply with the Code of Criminal Procedure regulations. He noted that according to the legislation, legal proceedings in Ukraine are carried out on the principles of publicity and openness, and the judge can take the decision to hold a closed meeting only during the meeting at the request of one of the parties and in the case of the stipulated Code of Criminal Procedure.

A spokesman for the Ukrainian Eastern Bloc, Sergey Yudaev, addressed the Russian Federation’s Genkosulu address, in which he addressed President Vladimir Putin. The journalists were informed by the lawyer of the detained Yudaev, Dmitry Tikhonenkov, after a closed court session at which the court did not change the measure of restraint for the detainees. Yudaev in a statement reports that he is Russian, was born in Leningrad and is registered in the Crimea. “I have to be a citizen of the country that is homeland for me. Ukrainian citizenship is not acceptable for me because now the Ukrainian state glorifies Nazism and fascism. Homosexuals and sectarians who illegally seized power in Ukraine destroy Russian-speaking citizens and arrange the Russian genocide in Ukraine and persecution of the Orthodox Church, ”the statement said.

Yudaev personally addressed Putin: “I am Russian and do not want to be a citizen of fascist Ukraine. Dear Vladimir Vladimirovich, I ask you, as an exception, to urgently consider my application in view of the fact that I admit that the fascists who are in power in Ukraine will try to eliminate me physically. I want to be a citizen of Russia until my death, and I ask that this statement of mine be made public through the media. ”

Lawyer Tikhonenkov said that Yudaev performed journalistic duties in the building of the Kharkiv Regional State Administration, did not hide from anyone, covered the events and broadcast what was happening online. It should be noted that the court also did not change the measure of restraint to the journalist of the newspaper “Modernity and Objective Thought” Dmitry Pigorev, having left him in the SIZO.

Also among the Defenders of Kharkov, left in custody, Andrei Momonov, who has a newborn son born the day before, some detainees need medical assistance.

Currently, journalists are waiting for the beginning of the court session, at which the consideration of Logvinov’s appeal will be considered.

Ctrl Enter
Noticed oshЫbku Highlight text and press. Ctrl + Enter
We are
The Kiev Court of Appeal declared the decision of the Yatsenyuk government on restrictions on social payments to residents of Donbass illegal. Gerashchenko indignant ...
Military Reviewin Yandex News
Military Reviewin Google News
27 comments
Information
Dear reader, to leave comments on the publication, you must sign in.