And why do we make a fuss with them? 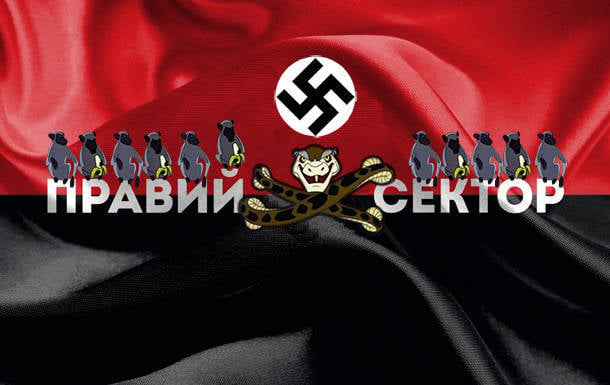 And why do we make a fuss with them? What are we still diplomatic. We, it seems to me, are even more tolerant than the guides and apologists of this social movement.

How are we afraid to offend, hurt the Europeans. Not all, en masse, but managers. After all, they are completely intolerant to us! After all, every day from them rushes in our direction swearing, threats, indiscriminate accusations. And we, I mean the leadership of our country and the media, - “well, they couldn’t say a word of abuse”.

Another would argue that living on the principle of “the fool himself” is below our dignity. And he will be right. But only partially. For how did the holy land of the Russian Sergius of Radonezh answer the question of what to do, if you hit the right cheek, then substitute the left? If you respond to evil with good, then with what answer to good? ”

Anyway. Someone will say - this is holy! And he will be right. We are not saints. But we can do something for the Russian land.

We know all the names of our enemies and ohalnikov. At the head is Poland! It is adjoined by the Balts. Next - on the list. You can look through information channels and make a rating of the most vociferous. And what next, ask another? And then everything is simple.

Thousands of cars enter Russia from foreign countries. And they are driving along our roads, which we can use for the most righteous purposes. We are accustomed to the billboards on the sides? Do they scare us? You can install shields with 200-300 spacing meters directly from the Russian border with information posted about Bandera activities during the war years in Poland. And about the numbers killed and tortured. And with the addresses of farms and cities. And with creepy photos. And you can even put the boards with the broadcast video. And all this is duplicated in Polish, German and other languages.

And you can also provide through 2-3 kilometer mobile DPS post in the company of television. After stopping the car, media workers begin to shoot the driver of the car and ask him questions about the posters and their content. And so on to Moscow itself. So that the trip does not take 12-15 hours. And 28-30. And so that the drivers do not get bored, the strict guards of the order will explain to them that after answering all the questions they will safely go further. And in the case of silence, they will listen to lectures! And then still answer!

And everywhere at the end is the question of their prime minister, Donald Tusk. And about his party. And how the Poles regard the behavior of their leader in the light of the activities of Bandera during the Second World War.

The same procedure is carried out with German drivers. Only questions should be more insightful. About fascism. About National Socialism. And about the compliance of the activities of the Mrs. Chancellor with the conclusions of the Nuremberg Tribunal.

And when they get to Moscow, it turns out that they are very late. And for late on the head do not iron. And a week later in Moscow again. And again the same fuck. Who do you think will enjoy this circus the most? Us!

And who does not like it? German, Polish, Romanian, Austrian, etc. drivers. And they will start asking questions. First yourself. And only then, in the next elections and the leadership of the party for which they are voting. Or maybe their trade union leaders will begin a serious talk about holding a strike in protest with government policy?

And why are we so modest and quiet? Or do we have no embassies in the named countries in Moscow? Or we do not have their consulates? And not only in Moscow. And in St. Petersburg? And in Yekaterinburg? And where is our United Russia, the Liberal Democratic Party, the Communist Party of the Russian Federation, the Patriots of Russia, Fair Russia? In the end, onf. What are they doing?

Spring is outside. The frost is over! It's time to stretch your arms, legs and throats! Give pickets near the embassies! Make it difficult for them to enter and leave the human sea! Do not let them go quietly to their employees in the city! And posters maybe more! And flags! And banners! And all in the appropriate language! And the loudspeakers fit! So, as the Japanese do at our embassy in Tokyo! And in the morning our military marches pass, previously written! And the video broadcast from the Nuremberg process! And shoot, shoot, shoot! And post on the Internet.

Where are the violations? And where is Putin's hand? This is the will of the people. Vladimir Vladimirovich has nothing to do with it. And the intensity of passions from day to day to increase. You can even testicle after Holy Easter - run through the window of an embassy!

Happy Easter to you all, dear brothers and sisters!

Ctrl Enter
Noticed oshЫbku Highlight text and press. Ctrl + Enter
We are
About Stalin and KhrushchevWhat you didn't want to know about England
Military Reviewin Yandex News
Military Reviewin Google News
171 comment
Information
Dear reader, to leave comments on the publication, you must sign in.