April 26 2011
20
Battle on the Ice is one of the most famous battles in stories Russia and one of the two battles that forever inscribed the name of Alexander Yaroslavovich in the heroes of the Russian civilization. Alexander's activity caused a lot of controversy: some defend him, others criticize him for an alliance with the Horde. The battle on Lake Peipsi (April 5 1242 of the year) is also already unequivocally evaluated.

About him preserved quite a bit of historical evidence, and even those there are strong contradictions. Novgorod sources report the death of 400-500 knights and 50 captured, Livonian Rhyming Chronicle talks about 20 dead knights and 6 prisoners - this turns one of the key battles of our history into a parochial battle. True, it is clear that Western sources would not like to report a major defeat of their forces against the "eastern heretics." In addition, apparently, the Novgorod sources could have knighted some squires. They, too, were from noble families, service proving their future knighthood. Each knight was actually a whole detachment ("spear") of squires, bodyguards, servants.

But the main thing - not a loss, but the fact that it was a battle of civilizations, Western and Russian, Catholicism and Orthodoxy. Preparing for the campaign on the Pskov lands, on the military council of knights, the master of the Livonian Order Dietrich von Grüningen (1210 - 1259) said: adversary. For Russians have a tendency to help both estas, Lithuanians, and Livs. " 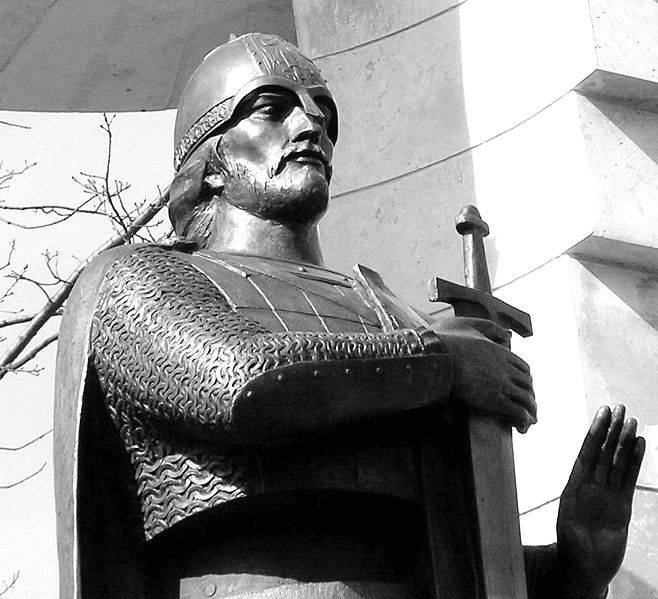 Reference: Livonian Order- it is a military-religious and political organization of German knights-crusaders in Livonia, in the territories of modern Latvia and Estonia (the period of existence of 1237 — 1561). It was organized in 1237 from the remnants of the Order of the Sword (they were defeated by the Baltic tribes) and became a branch of the more powerful Teutonic Order. The distinguishing sign of its members was a white mantle with a red cross and a sword on it.

During this period, the so-called "attack on the East" continued, the Vatican and the forces submitting to it destroyed the Slavic civilization in Central Europe (the battle went on for several centuries), Christianized Scandinavia, humbled, subjugating the Vikings (recalcitrant). After this, the Balt tribes began an onslaught: the Prussians, Zheimats, Zemgals, Livs and others. Part of the territories of the Baltic tribes was captured, they spread the Catholic faith (the recalcitrant were simply destroyed), others fought fiercely.

At the same time, they decided to strike the blow on the Russian lands - taking advantage of their weakening due to feudal fragmentation and the consequences of the invasion of the so-called. "Mongolo-Tatars". The main shock forces were: Sweden, the Livonian Order, the Teutonic Order and the German Freestyle Knights.

In 1240, the Germans approached Pskov, and the Swedish troops landed at the mouth of the Neva River. Alexander showed a state of mind, a swift throw with a small retinue and a detachment of volunteers on the night of July 15. 1240 of the year caught the Swedes by surprise and defeated them. It was the famous Battle of the Neva.

In September, the Knights of the Livonian Order 1240, with the help of traitors, first captured the fortress of Izborsk, then Pskov. They were headed by the Bishop of Dorpat Herman von Appeldern and the Vice-Master of the Livonian Order Andreas von Feelven. After that, the neighborhood was looted, a fortress was built in Koporye, appeared in 30 versts from Novgorod itself. Novgorod sent for help to the Grand Duke of Vladimir Yaroslav Vsevolodovich, he sent his son Andrew to them. Novgorod sent a second embassy to ask for Alexander, the grand duke granted their request - in 1241, Alexander appeared and cleared the land of Novgorod from the enemy.

In the 1242, Alexander repulsed Koporye and Pskov, began a campaign in the “Chudskie Lands” (Estonia). 5 April and there was a famous battle on Lake Peipsi. There is little evidence of battle, battle tactics. But the main thing is that Alexander defeated the German knights. According to historian Yuri Begunov, who did a lot of work on the reconstruction of the events: "The troops were lined up in three echelons; on the northern side of the Crow's stone, the cavalry army of Prince Andrew took refuge. As usual, the Germans built their battle formations with a wedge or pig." the head of the wedge was moved by a heavily armed knightly cavalry in armor; there were Danish knights from Tallinn under the command of the princes Knut and Abel. " The German heavy cavalry “got stuck” in the defensive orders of the Russian army, after which they were attacked by Andrei’s squad. The Germans, the Danes, Chud (foot soldiers from the Baltic tribes subordinate to the Livonian Order) were surrounded and defeated. In general, this picture coincides with the previous views of researchers.

In 1245, the army of the Lithuanian prince Mindovg attacked the lands of Novgorod, Alexander immediately came out, the Lithuanians, having learned about it, ran, but the Russian troops overtook them. A battle took place at the Lake of Life, the Lithuanians were completely defeated, and, according to the chronicler, Alexander was so frightened of them that they began to "observe his name." The Germans lost all the lands seized from Novgorod and Pskov.

Alexander entered the Russian history as a wise politician and invincible commander, who devoted all the years of his reign to the service of "Light Russia". That is why it is one of the most beloved rulers of our history. He stopped the onslaught of the West on Northern Russia, thwarted the plans for its occupation and echoing. Apparently, therefore, unloved liberal circles of modern Russia.