Territory of despair: the residents of Stakhanov are ready for rebellion 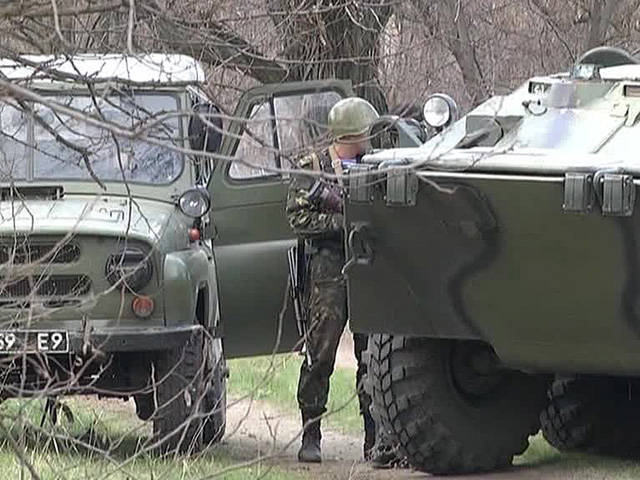 Residents of the Luhansk region are ready to stand with a human shield on the way of the military. On the eve of the locals managed to block the movement of a column of armored vehicles. Dissatisfaction with the Kiev authorities in the region is growing, as the standard of living is plummeting. The governor was even given an ultimatum: to recognize the Kiev authorities as illegitimate and begin preparations for the referendum.

In the forest on the outskirts of the small village of Raygorodok, seventy kilometers from Lugansk appeared Tanks. There are also armored personnel carriers and military trucks, their engines are still warm. The commander is arguing about something with the villagers. "We will not go anywhere, we are protecting order. Don’t look for the enemy in me, please: I follow the order," he asks.

The man in the form admits: this column is from the operating military unit near Zhytomyr. Soldiers thrown at the pacification of Donetsk Slavyansk, but they do not want to shoot at civilians. Barricades of tires appear around.

There is a small mining town of Stakhanov about ten kilometers from Raygorodok. Here, the echoes of the military campaign launched by the Kiev authorities against their own population, so far only echo. In the central square there is a tent of self-defense activists, near which people constantly gather. Stakhanov now lives on a single wave with the entire South-East. True, politics is said much less here than about economics.

Stakhanov - once the largest industrial center of the Luhansk region. There were 4 mines and 20 factories, heavy machinery and chemical production. But now only two of the existing enterprises remain. “In recent months, real impoverishment has begun,” said a local resident. “We were unhappy with Yanukovych, but there was no such arbitrariness with him. My daughter works at school and she was told that now they would pay only 50 percent in salary.”

Every trip to the store is a test for an empty wallet. Prices are rising every day. Since the end of February, they have risen by an average of forty percent. Those who can go to work in Russia. The richest are pensioners now. For example, the former miner Gennady Pavlovich Ovseychuk receives an increased pension - one thousand eight hundred hryvnias. “If you pay for services, then about eight hundred hryvnias will remain for life, electricity is becoming more expensive,” he says.

People are so desperate that a calm, quiet town is ready to explode at any moment. “Of course, people are excited,” says Gennady Grinevich, a member of the self-defense coordination council of Stakhanov. “People demand seizures. What is the point? Powerful seizure will not lead to anything. hold. "

In less than a week, a small camp in Stakhanov expanded into a whole town. Nearly fifty tents — from military to tourist — are signed by the names of the cities who came from. Here is the whole geography of the Luhansk region. Appeared their streets and neighborhoods, between which paved wooden walkways. In the town constantly live about a thousand people. The biggest problem here is electricity. In the whole town there are only a dozen outlets. They have a small power, but it is enough to charge the phone. Hundreds of meters of wire tangled in tangles stretch to crowded places, mainly to the kitchens. They have been here for the last week already a dozen.

In connection with the beginning of the military operation in the Donetsk region, here in Lugansk, the voltage is high, more than ever. People at any time are ready to stand a human shield in the way of military equipment.