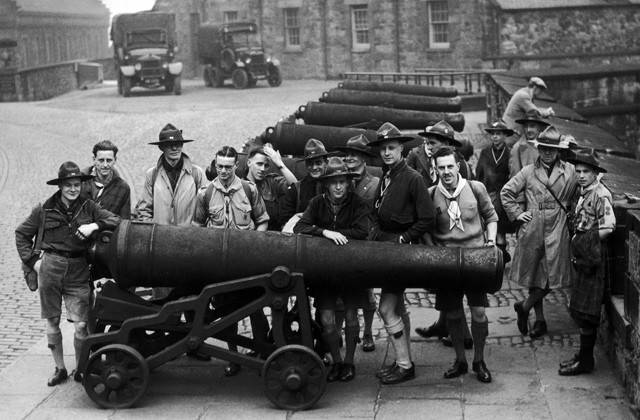 After the 1917 revolution of the year in Russia, British intelligence MI5 for many years investigated the “communist conspiracy” to introduce the Bolsheviks into the Boy Scouts movement, the Telegraph wrote on Thursday with reference to the documents recently released by the National Archives.

Trying to counter the "red" threat, the security service planned to send its employee to an international boy scout rally, tracked phone calls from well-known communists and investigated "alleged attempts by the Bolsheviks" to seize power in the youth movement.

Investigation by the British special services of the possibility of the communists penetrating into the ranks of boy scouts began in the year 1920. In one of the documents dated by that year, it is said about the arrest of four men who tried to hand out communist pamphlets at a scout rally in the park of the city of Berkenhead. According to the security service, the boy scouts themselves could even protect these people from attacks from the disgruntled, and then burn the remaining brochures.

Then the MI5 staff begin to "sound the alarm." Suddenly, the threat of the introduction of communists into their ranks was thought of in the boy scout movement and the organization of girl scouts. They even begin to periodically write warning notes to their leaders asking them to be alert.

One of the materials from the beginning of 1920 says that in the Erit district in London, the communists allegedly tried to seize power in the scout movement. In particular, a certain group called the Erit Soviet Council (Erith Soviet Council) suggested that one of the leaders of the local scout squad should become the leader of the movement in exchange for overseeing their activities as a “council”. 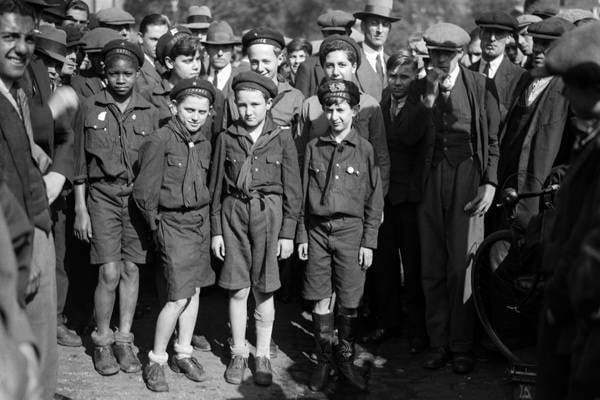 But the main problem in the fight against the "red" threat in MI5 was considered international scout fees, because at such meetings, British scouts could come into contact with foreign "disruptive elements".

Before one of these charges in 1924, in Copenhagen, security officers made a list of potentially dangerous participants. Among them were not only the Communists, but also the Egyptian nationalists, the pro-German Dutch and the Japanese associated with the “Indian rebels”. MI5 even offered to send one of its people to the event "to collect useful information."

The concern of the special services by the communists in the ranks of the scouts began to take place by the middle of the 1950-s, although major events continued to alarm the security personnel. In the same years, MI5 intercepted phone calls between famous communists. The special services learned from them that the number of supporters of the Bolsheviks in the scout movement could reach 50 — 60 people, although for all the time of such monitoring MI5 it was possible to find out the names of only two of them.

In turn, the Communists often bragged about the success of the introduction of their agents. William Rust, secretary of the League of Young Communists, announced the penetration of members of his organization into the Boy Scout movement. In 1927, the founder of the scout organization Sir Robert Baden-Powell met with him to discuss these words, after which the former military himself fell under suspicion of the secret services.

The League of Young Communists (LMK) was the youth wing of the British Communist Party and was part of the Communist Youth International (KIM) - a section of the Comintern with headquarters in Moscow. Ideologically close organizations wore the same name in a number of other countries — during the period of the Comintern’s existence in the period between the two world wars, KIM united left-wing children's and youth organizations all over the world.

Their "communist leagues" in particular existed in France, Norway, Sweden and Canada. The German "pioneers" had one of the most numerous and radical organizations - in the last years of the Weimar Republic, their numbers reached 50 thousand people, many of whom participated in street fights with members of the NSDAP assault squads.

Separately, we should mention the United States, where in 1920-ies the communist organizations were in a semi-underground state - this was due to the active struggle of the country's authorities against the radical left. In particular, in 1918 — 1921, mass raids against political activists were held on the orders of Prosecutor General Alexander Palmer, and in one night only over four thousand people were arrested. In these conditions, the leaders of the left movements were often hidden under pseudonyms and conducted secret activities.

The Young Pioneers of America (UPA), open to children from 8 to 15, also used various cover methods, holding meetings in buildings owned by sympathetic organizations such as the Slovak Workers Society or the Jewish Workers Club. The pioneers were mostly children of migrants, most of them Finns and Jews from Eastern Europe. At the peak of its development in 1930, UPA was able to organize summer pioneer camps in eight states in the summer of 20.

UPM engaged in the active dissemination of communist literature and pamphlets, often attacking not only capitalists, but also “competitors” from the scout movement.

“We are the only organization of children of workers who fights for their interests and the interests of their children! Fight with the host (bourgeois. - RP) organizations and schools, fight against their patriotic chatter! Fight against the separation of children of whites and blacks! Crush the scout organization! Defend the USSR - the only homeland that the workers have! ”- urges the leaflet of the American pioneers in January 1930. Four years later, their movement was reformed and became the youth section of the US Communist Party.

It should be noted that the Soviet pioneer movement is directly connected with the boy scouts. His forerunner was the Yukism movement (Young Communists. - RP), which sought to unify the principles of scouting and Marxism. One of his eminent personalities, the former secretary of the Russian Scout Society, Innokenty Zhukov, invented not only the name “pioneers”, but also the motto “Be ready!”, A fire on a pioneer badge and a scarlet pioneer tie.

Ctrl Enter
Noticed oshЫbku Highlight text and press. Ctrl + Enter
We are
The development of the military-industrial complex of the Russian Empire in the years of WWIFrom the history of own names of aircraft of Russia, 1885-1917 years
Military Reviewin Yandex News
Military Reviewin Google News
4 comments
Information
Dear reader, to leave comments on the publication, you must sign in.