The soldiers of the Ukrainian army captured an airfield in the city of Kramatorsk in eastern Ukraine. This was stated by representatives of supporters of the federalization of Ukraine, noting that there are already the first victims. In addition, according to the militia, the Ukrainian troops are entering Slavyansk and are preparing for an assault. 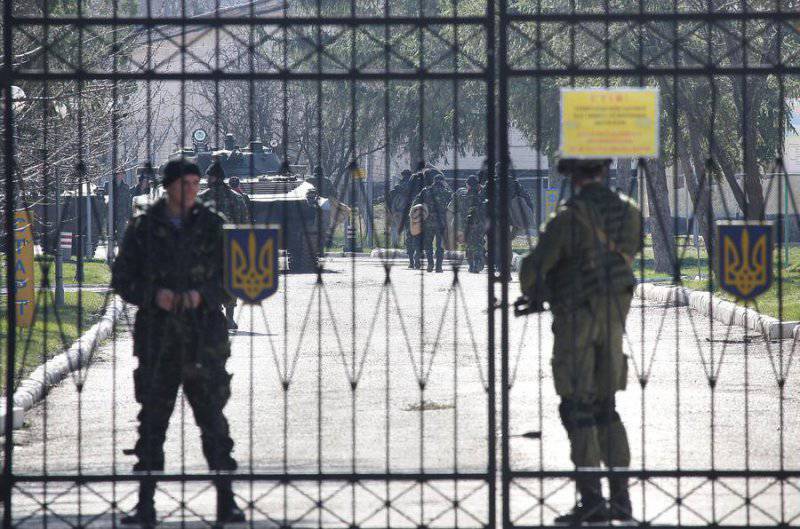 Supporters of federalization Ukraine reported that as a result of the storming of the airfield in Kramatorsk, which began the Ukrainian troops, there are the first wounded among the militias, reports RIA News.

“Representatives of the Ukrainian army on an armored personnel carrier approached a military airfield between Kramatorsk and Slavyansk. They entered into negotiations with the militias, who controlled the airfield. Suddenly, shooting began. Among the militia there are wounded, perhaps killed. The rest of the militia blocked the entrances to Kramatorsk and are ready to repel the attack, ”a representative of the local militia of Kramatorsk told RIA Novosti by telephone.

In turn, the Ukrainian media, citing the Ministry of Defense, have announced the start of a special operation in Kramatorsk, without giving any details.

In addition, according to the representative of the People’s Militia of Donbass, Sergey Tsyplakov, the Ukrainian troops are entering Slavyansk. “Now there is a serious assault on the city of Slavyansk, armored personnel carriers enter the city, and a lot of troops. The guys are preparing for defense, ”the activist said.

A resident of Kramatorsk Roman Sokolenko told RT over the phone that it is now impossible to leave the city. “They don’t let out transport, they are stepping on the city Tanks. There was shooting at the airport, ”he said.

“I came today to help the wounded man to be transported to Donetsk, to be assisted there, but I don’t know if the ambulance will be able to leave. Now the city is blocked, people are strengthening the barricades, preparing to repel attacks. In the city itself is quiet. All in anticipation of the assault, "- he said.

Earlier today appointed by the Verkhovna Rada and. about. President of Ukraine Oleksandr Turchynov said that a special operation began in the north of the Donetsk region. “This morning, in the north of the Donetsk region, the anti-terrorist operation began, it will be carried out in stages, responsibly and carefully,” said Oleksandr Turchynov, stressing that the purpose of the special operation is “protecting people”.

He stressed that the actions of the authorities during the operation in the Donbass should be “decisive, but balanced and responsible.” According to Turchinov, most of the eastern regions of Ukraine, in spite of everything, "demonstrate stability," and in many respects "this is a merit of the current government."

Recall, February 22 in Ukraine there was a change of power, having signs of a coup. Instead of Yanukovych, the Verkhovna Rada temporarily placed Oleksandr Turchynov at the head of the state, changed the Constitution and set the presidential election for May 25.

In March, rallies of supporters of federalization began in the country, which take place in the east of Ukraine - in Donetsk, Kharkov and Lugansk. Their members are demanding a referendum on the status of their regions. Recently, the protests spread to several cities in the Donetsk region - Slavyansk, Mariupol, Yenakiyevo, Kramatorsk and a number of small towns where administrative buildings were seized.