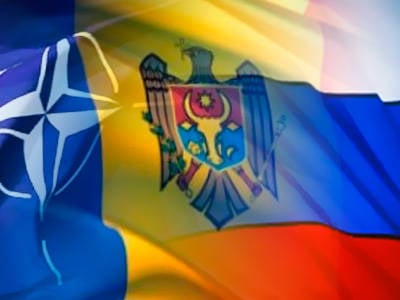 For many years, the United States and its main European military ally, NATO, were the main opponents of the USSR, but with the fall of the Berlin Wall and the collapse of the Union, they had a real chance to expand their political and military influence not only in Eastern Europe, but also in the Caucasus and Central Asia.

Georgia, Tajikistan, Kyrgyzstan - these states have kindly provided their territories for the deployment of US military bases, and the political course of these powers provides for close political and military cooperation with “overseas” friends. Obviously, the main goal of the Americans and NATO members is to place their tactical, offensive missiles as close as possible to the territory of Russia.

But if with the Caucasus and Central Asia, the United States and NATO are all doing well, then they have problems with Eastern Europe. Belarus is a reliable ally of Russia, and, despite some disagreements, Moscow can be sure that Minsk will never give the go-ahead to deploy foreign troops on its territory (obviously, precisely because of this, Lukashenka is so hated in the West). Ukraine after the Orange Revolution was inclined to place NATO military units on its territory, and, moreover, Kiev sought to find common ground with Brussels in order to become a full member of the alliance. With the advent of Viktor Yanukovych, the political vector has changed in the direction of Russia, and now NATO is having problems, as Kiev seeks military friendship with Moscow, confirmation of this course is signed by the presidents of Russia and Ukraine in Kharkov a year ago.

Obviously, this state of affairs cannot fully satisfy either the United States or NATO. In search of a way out of the situation and a fundamental change in the military ratio in the region in its favor, the answer came, one might say, somewhat unexpectedly, from the side of Moldova. This state practically consists of two parts - Transdniestria, which is fully supported by Russia, and Moldova, which seeks to join Romania and thus become part of a united Europe. It is this desire and take advantage of in Brussels. Chisinau is ready to do anything to get to Europe, and for a small promise in solving the problem, the government of Moldova is ready to open borders to NATO and the United States.

Geodetic rationale for the expansion of NATO to the east

In 2011, in Moldova, a national system for determining the location of the object being studied or studied (Moldpos) will be created using the global satellite navigation system GNSS. To do this, 10-12 special stations will be deployed in Moldova, which will be networked and will be able to deliver the necessary data around the clock in non-stop mode. The project is estimated at 1 million euros. Funds for its implementation are presented in the form of a grant by Norway. The project is designed for 2 year.

The location of any object on the earth's surface can be determined in various ways. Different countries develop their systems in the form of the GHS (State Geodetic Network) - some points on the earth's surface, the location of which is described in special directories. The content of the directories is completely secret. Initially, this system was developed to determine the shape and mathematical model of the Earth's ellipsoid. In the future, with the advent of high-tech rocket and space weapons, the GGS system began to serve as a reference geodetic network for targeting strategic missiles. Different countries used their own mathematical model of the earth. In the USSR, the Pulkovo ellipsoid model was used. In the United States and other countries, an ellipsoid model called WGS 84 (World Geodetic System 84) is used. Between the two models there is a certain difference (from a few meters to 100 in different parts of the Earth). This gives a different interpretation of the coordinates of the same point on the earth's surface. With the advent of missile weapons in the USSR and the USA, these models began to be used for missile guidance. It was the difference between the systems that gave missile pointing error. The United States was the first to realize this, having decided to tie all the other countries where geo-strategic interests are pursued to their coordinates. Accordingly, the first wave of US and NATO expansion began as the deployment of WGS 84 systems in these countries. In simple terms - there was a geodesic seizure of lands and entire countries. 5 years before Romania joined NATO, a similar positioning system was deployed. Consequently, the deployment of this system in a particular country serves as an indicator of joining NATO. It is also known that the flight trajectories of strategic cruise missiles are calculated in advance. Correction zones are developed for each flight path. A cruise missile, flying through the correction zone, refines the coordinates of its location and corrects the trajectory. The advent of the GPS (GNSS) system and the Russian GLONASS analogue opens up new technological capabilities not only for mapping and cadastre, but also for strategic weapons in the first place. Such systems are camouflaged for civilian projects and funded through 3 countries. Consequently, the deployment of cruise missile correction systems at the final stage of the flight should be viewed as an unfriendly act towards neighboring countries and as a means of potential aggression, at the same time as one of the elements of strategic armament. What is most interesting is that the United States so far manages to conceal from the International Community a new type of aggression - GEODESIC AGGRESSION; therefore, there is no possibility to oppose this type of expansion with legal international instruments. It should be noted that Russia is lagging behind in this area, the GLONASS system is not deployed abroad, and even there are elements of GEODESIC AGGRESSION GNSS in the territory of RUSSIA itself. Such a system of determining the coordinates of Moldova positions in a number of unfriendly countries in relation to Transnistria, Ukraine, the Caucasus, the Middle East, to Russia - in the first place.

Strategic cruise missiles of the USSR and the Russian Federation are induced with an accuracy of 30-100 m. This accuracy is considered sufficient for the destruction of strategic objectives. The absolute accuracy of determining the coordinates in the new system is 5 mm in three planes. Considering this, any points on the territory of Moldova, Transnistria, Ukraine, Russia, after putting this system into operation, will become potential targets of NATO cruise missiles with 1 m accuracy and precision bombs with 5 mm accuracy. Technological war and double standards are the official long-term military strategy of the United States and NATO. The GNSS system deployed in the territory of neutral countries should be considered as a violation of the neutrality and sovereignty of these countries, a means of pressure on the state structure of these countries. Moldavia’s entry into the GLONASS zone of action would serve as an act of goodwill by Moldova in an effort to maintain its neutrality. In this case, Moldova would indeed maintain its military-technological neutral status.

The author of the article at the beginning of 2000 studied the military strategies of various countries and NATO inclusively in the Academy of Gene. Romania Headquarters (King Carol I). Technologies and planning psychological operations in the framework of NATO operations. It is known that NATO's long-term planning covers the period of 30-50 years (the starting point of 1994, the PFP program). Thus, Moldova voluntarily substituted its territory for potential strategic bombardments from both Alans and Russia. Where the conclusion is that NATO allows the resolution of territorial disputes through military operations in Eastern Europe. The project is camouflaged as a civil cadastral project, which will additionally provide comprehensive information about the current economic potential of the country, each enterprise, manager, budget, the country's GDP as a whole, each owner and his financial capabilities. This project should also be viewed as a global NSA project for the implementation of global information control, as part of a globalization strategy. It should be noted that in 2010, the Alliance for European Integration has already provided one of the NATO partners with personal data for each resident of the country. Thus, NATO’s global strategy completes the second stage of “passive” expansion in the third world countries, followed by a political stage (if necessary, a military operation in Transnistria, but this is covered in another article).