The hypocrisy of the imperialists

April 16 2014
43
On the World Socialist Web Site An article by Alex Lanta "The hypocrisy and the lies of imperialism about the eastern protests in Ukraine" appeared. According to the author, amid the escalation of the conflict around the seizure of local buildings by pro-Russian demonstrators in eastern Ukraine, US officials, as well as the American media hypocritically condemn Russia, accusing it of fomenting the conflict. Comrade Lantier writes that such assertions, “presented as facts, but without any justification,” are part of the “imperialist offensive” in Eastern Europe, whose goal is to isolate, humiliate, and ultimately dismember Russia. 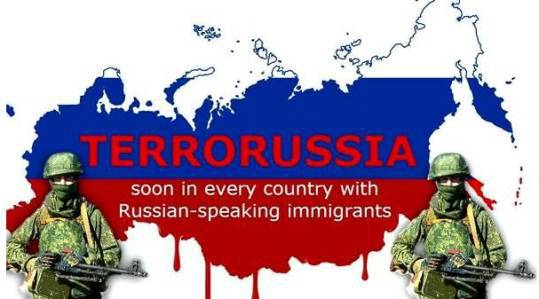 This reckless, aggressive policy, in which Washington is the main inventor, leads to a war between the West and Russia (a nuclear power, the author recalls).

The White House is confident that the protests in the east of Ukraine are the realization by Moscow of a certain conspiracy, the purpose of which is to seize Ukraine. Recently, the Washington Post newspaper in an editorial called for economic sanctions against Russia and condemned the protesters in Ukraine. The influential publication gave advice to Washington and the European Union “to resist the Russian strategy in the short term, fully supporting the Ukrainian government in taking the necessary measures to restore order”.

Condemned the protests and US Secretary of State John Kerry. Speaking before the Senate Foreign Affairs Committee, he said that “everything is very simple”: Russia is making “illegal and illegitimate efforts to destabilize a sovereign state and creates a contrived crisis” by sending its security forces “across the international border”.

“What a hypocrisy!” Exclaims Lante.

Who, if not Kerry, to know that what he is today blaming Russia for, was created by Washington with the help of his European allies! It was their hands that created the coup in February in Kiev, it was they who destabilized the situation, and then overthrew the elected Ukrainian President Viktor Yanukovych. So says the publicist.

It was the United States who bought the “protesters” and fascist thugs from the Right Sector and the Freedom Party, whose anti-Semitic and xenophobic policies were condemned at the European Parliament’s vote in December 2012. State Department spokeswoman Victoria Nuland boasted that since the collapse of the Soviet Union in 1991, Washington has spent 5 billions of dollars creating similar opposition groups in Ukraine. But now, having invested so much money, Washington is angry that costs do not pay off. Regions of Eastern Ukraine do not want to have anything to do with the new regime in Kiev.

The lie of the State Department is truly comprehensive. The American ruling class, Lantier writes, can count on “corrupt and docile” media that will spread any lies. The US-NATO statements regarding the Syrian chemical attacks have already been exposed, but now the American media is trumpeting the Russian military 40000, allegedly arriving at the Russian-Ukrainian border. This, they say, shows satellite imagery.

But such accusations against Russia, the author notes, are unsubstantiated. The Kremlin denies them. And CNN's reporter Phil Black, who toured the Russian-Ukrainian border, made a video report and said that his team "could not find any signs of the Russian army."

According to Lantier, the American people must reasonably conclude that the reports of the inevitable Russian invasion of Ukraine is a false pretext, exactly the same that was used to unleash all other unpopular wars, which were initiated during last decade.

The endless stream of fabrications and provocations is “not a sign of political power, but evidence of a deep crisis of imperialism,” the analyst points out. In his opinion, the working class of the United States and Europe should understand that what is happening is deeply hostile to him. The author sees a way out in activating the international movement of the working class, directed against imperialism, against its political representatives, and also against the capitalist system as a whole.

Readers wrote a few comments on the article by Lantier. The author of one of them, Anteo Sergovich, notes with irony that he should "forgive John Kerry, because the last time he worked as a professional killer in Vietnam."

The article of Lantier was reprinted on the website. informationclearinghouse.info. In numerous reviews of the material drawn hatred of the United States.

Drs believes that "Washington leaders are irresponsible, if not suicidal." In his opinion, they have no right to continue to do this kind of nonsense. As for Russia, it demonstrates “tremendous restraint.” Russia does not threaten anyone, but on the contrary, America threatens Russia.

Paul Barbara believes that Alex Lante is right and that the hypocrisy of the American administration is "absolutely breathtaking." He writes that the protests in Ukraine are "carefully planned", the USA is financing the color revolution there, and earlier Uncle Sam "helped" more than 50 countries in the fight against "regimes". According to the commentator, the next on the Yankee’s orange list is Venezuela (because there is a lot of oil there).

While commentators were discussing the “irresponsible” actions of the American administration, she did something else. To five billion added 11 millions.

Russian media reported that the US authorities gave 11,4 a million dollars to Ukraine. The money will go to the presidential election 25 May. This was announced by the State Department. Millions will give jointly the State Department and the US Agency for International Development.

Millions will spend on the support of observers, the creation of a "effective" election commission, and also "on a campaign for the education of voters."

"Educated" voters will only have to vote for the chocolate king and Maidan supporter Poroshenko or the orange princess Tymoshenko: these two figures are still leading in the election race.

Ctrl Enter
Noticed oshЫbku Highlight text and press. Ctrl + Enter
We are
Results of the week. “Now Humpback! I said: Hunchback! ”Syria: the rebels do not give up because they do not want to die
Military Reviewin Yandex News
Military Reviewin Google News
43 comments
Information
Dear reader, to leave comments on the publication, you must sign in.