Ukrainian tanks are moving towards Slavyansk

Tanks and military equipment of Ukrainian military units moving to Slavyansk. The mayor of the city, Vyacheslav Ponomarev, said that the Donbass people's militia was ready for defense. 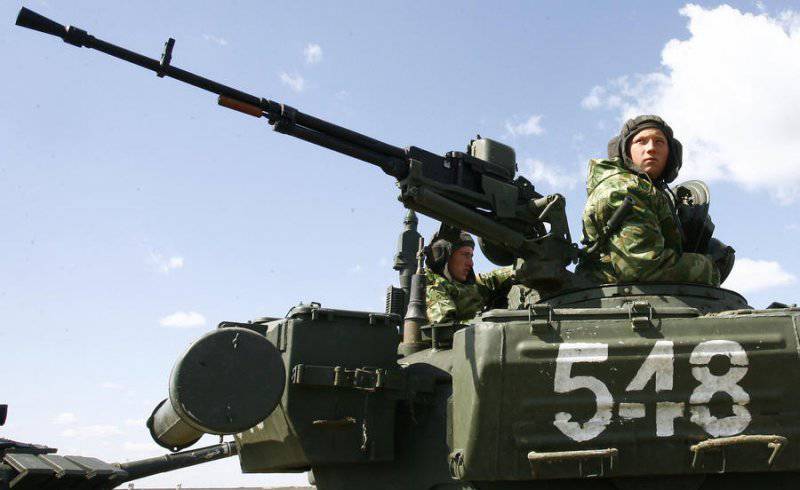 Tanks and military equipment of Ukrainian military units are moving to Slavyansk. The acting head of the city, Vyacheslav Ponomarev, said that information about the movements of heavy equipment comes all the time. He also stressed that Donbass people's militia ready for defense, ITAR-TASS notes.

At the same time, Ponomarev noted that the residents of the city are set up peacefully. “We don’t want to shed blood, we are committed to negotiations,” he said.

Earlier, fighters of the 25 th Airborne Brigade, who were also transferred to Slavyansk, went over to the side of the self-proclaimed Donetsk People's Republic. According to the Acting Mayor, the city restored the normal work of law enforcement.

The acting head of the Slavyansk city administration said that the city refuses to transfer taxes to the budget of Ukraine.

Since early april in the east of Ukraine rallies of supporters of federalization are held. In Donetsk, Kharkov and Lugansk, people take to the streets with Russian flags and demand to hold referendums on the status of their regions.

A change of government with signs of a coup d'état occurred in Ukraine on February 22. Rada ousted President Viktor Yanukovych from power, changed the constitution and appointed the presidential election on 25 in May. Moscow believes that the legitimacy of the decisions of the Rada raises doubts.

Ctrl Enter
Noticed oshЫbku Highlight text and press. Ctrl + Enter
We are
Reports from the militia of New Russia for 27-28 September 2014 of the year
Military Reviewin Yandex News
Military Reviewin Google News
52 comments
Information
Dear reader, to leave comments on the publication, you must sign in.