An open letter to Putin - after the anti-Russian attacks of our media and politicians ("Neue Rheinische Zeitung", Germany) 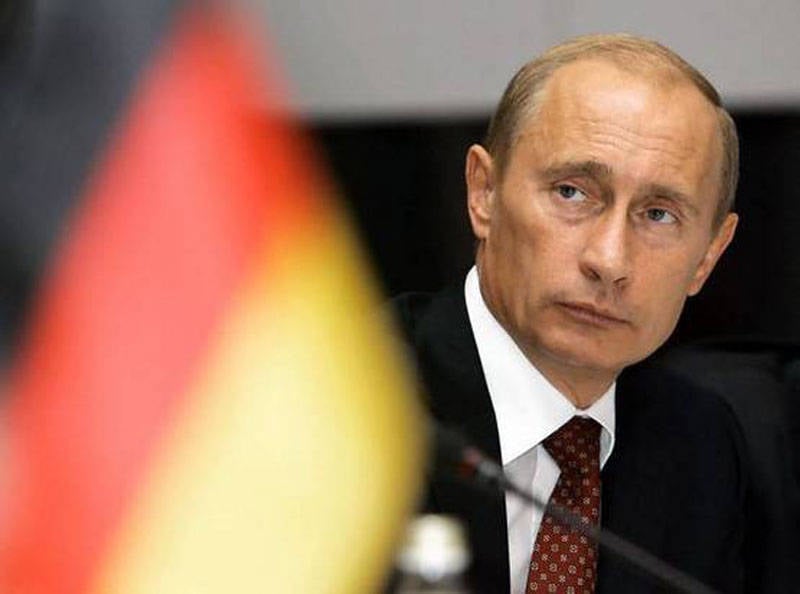 President Putin, in his speech on March 18 of 2014, devoted to the entry of Crimea into Russia, directly addressed the German people. This appeal deserves a positive response, which corresponds to the real feelings of the Germans - those that they express these days in various public opinion polls. The one-sided anti-Russian statements of our media and politicians, as well as the exacerbating situation of Berlin’s demarches, cannot represent the entire German people, who are increasingly distancing themselves from the militant policies of the EU and NATO. Therefore, we are publishing this Open Letter to President Putin, which on Thursday was transferred to the Russian Embassy in Berlin:

In your speech in the State Duma, you asked the Germans for understanding.

We are German citizens, who grew up mostly in the post-war period in the western part of the country. When the cold war ended in 1990, and our country was reunited, the whole world breathed a sigh of relief because the constant threat of nuclear conflict that would bring misfortune to the entire globe seemed to be eliminated. At the same time, Germany would be completely obliterated from the face of the earth. The decisive contribution to the liberation of Europe from national socialism was made by the Soviet Union, which paid for it with countless victims, incomparable to the losses of any other country that participated in World War II. In 1990, the USSR expressed readiness to support the reunification of Germany, and in 1991 to dissolve the Warsaw Pact and recognize the membership of the united Germany in NATO. The West did not appreciate this step. The then US ambassador to Moscow (1987-1991) Jack Matlock confirmed several days ago in the Washington Post that President Bush had agreed not to use the magnanimity of President Gorbachev for his own purposes. However, the subsequent expansion of NATO to the former Soviet Union republics, the formation of military bases on the territory of the former Warsaw Pact member countries and the installation of a missile "shield" in Eastern Europe by the United States while simultaneously canceling the ABM Treaty were not just scandalous violations of this promise. These steps, even we, ordinary citizens, can be perceived only as a manifestation of the strength of the West, directed against the state and economic consolidation of the country that you are following after being elected president in 2000. In addition, Cyr A. Lieber (Keir A. Lieber) and Daryl G. Press (Daryl G. Press) in his article “The Growth of US Nuclear Leadership” (The Rise of US Nuclear Primacy), published in 2006 in the journal Foreign Affairs , convincingly proved that the missile "shield" should make possible the first nuclear strike in order to neutralize Russia's nuclear power.

This background clearly shows the background against which we can evaluate events in Ukraine, starting in November 2013. Meanwhile, it has been repeatedly documented that the United States used fair protests of the Ukrainian people as a tool to achieve their own goals. This scenario was “worked out” in other countries: in Serbia, Georgia, in Ukraine in 2004, in Egypt, Syria, Libya, Venezuela ...

The “disturbing factors” in the face of the European Union and the OSCE within twelve hours after the agreement on the peaceful change of power reached by the foreign ministers of the so-called “Weimar Triangle” was eliminated with the help of fascist forces. Partners on the websites of the Open Ukraine Foundation, headed by the Acting Prime Minister of Ukraine, testify who is behind the current putsch government in Kiev.

The domestic and international legal questions arising regarding the separation of Crimea from Ukraine can be answered in different ways. We do not try to evaluate the events associated with this from a legal point of view, but we evaluate them from a political point of view. Given the development of Europe after 1990, the emergence of about a hundred new US military bases around the world, US control over the sea straits and a threat to the Russian Black Sea fleetcoming from the Maidan rapists, we consider the secession of Crimea from Ukraine as a protective measure and a simultaneous signal: to here and no further! The decisive difference between this situation and the declaration of independence of Kosovo is that the prerequisite for the latter was the NATO air strikes, which were contrary to international law, in which, unfortunately, Germany also took part.

Dear Mr. President, about four years ago you already spoke in favor of creating an economic community between Lisbon and Vladivostok. It could be the economic basis for the Single European House. At the same time, Ukraine could become an ideal “bridge” for future cooperation between the Eurasian Union you initiated and the European Union - not least the cultural aspect. We are convinced that active US intervention was intended to prevent Ukraine from fulfilling this function. In the European Commission, forces supporting the anti-Russian policy of the United States took over. The speech of the head of the European Foreign Service, Pierre Vimont (Pierre Vimont) 14 in March of this year, did not leave any doubts on this score (EurArchiv: "The EU did not interfere in the US-Russian talks on Ukraine" - "EU shunned from US-Russia meeting on Ukraine" ).

Dear Mr. President, we proceed from the fact that your historical speech in the German Bundestag in 2001 and will continue to remain the basis of your actions in relation to the EU and Germany. Recent polls indicate that most Germans do not want a confrontation with Russia and are sympathetic to its reaction to events in Ukraine. We are aware that there are many factors that negatively affect the attitude of Germany as a member of the EU and NATO towards Russia. These factors are also known to you. Nevertheless, we expect that the German government will act in accordance with the ancient Roman principle of “audiatur et altera pars” (“Let the other side be heard”). In connection with the "neighborhood policy" of the EU, this did not happen in the case of Ukraine. Even during the Cold War, Russia did not begin to use its 27 million victims who died during World War II as a political tool against Germany. This magnanimity alone deserves a different quality of relations between our countries. The Germans understand this. When the Group of Soviet Forces in Germany left our country in 1994 and its military band performed in concert on the square in front of the Federal Palace of Arts in Bonn, touching scenes were played between musicians and numerous spectators. In this regard, we can characterize the coverage of recent events in the German media by one exact English adjective: "disgusting" ("disgusting").

Dear Mr. President, we, ordinary citizens of Germany, will use our modest means to try to prevent the started division of Europe and revive the ideas of Gottfried Wilhelm Leibnitz. We are convinced that only if the states and peoples of Eurasia resolve issues peacefully, respectfully and in a spirit of cooperation, will it spread to the rest of the world. In this sense, we see in you a reliable ally.

We wish you strength, self-control, intelligence and skill in doing business during your current and hopefully next presidential term.

Ctrl Enter
Noticed oshЫbku Highlight text and press. Ctrl + Enter
We are
Russophobia and the dark art of making anti-Russian magazine covers (Medium, USA)Results of the week. “Bonjour to you in your hut”
Military Reviewin Yandex News
Military Reviewin Google News
106 comments
Information
Dear reader, to leave comments on the publication, you must sign in.