April 14 2014
0
10 on April 2014 at Yaroslavl Shipbuilding Plant OJSC (managing company VP FINSUDPROM) in Yaroslavl held a solemn launching operation of a high-speed amphibious assault boat of the air lieutenant Lieutenant Rimsky-Korsakov (702 serial number) - the second of three At this enterprise of the boats of the project 21820 (code "Dugong").


The contract for the construction of a series of three boats of this project was signed by OAO Yaroslavsky Shipbuilding Plant and the Ministry of Defense of Russia 23 June 2011. To commemorate the 200 anniversary of the Patriotic War 1812, it was decided to perpetuate the memory of the heroes of this war in the names of a series of landing craft. 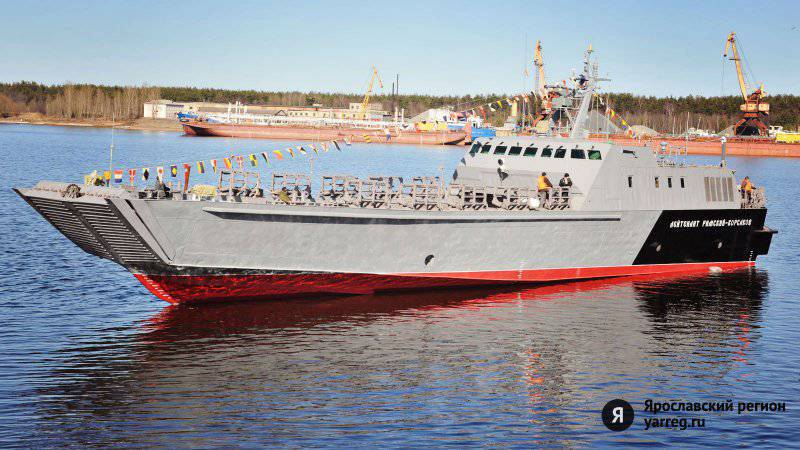 Ctrl Enter
Noticed oshЫbku Highlight text and press. Ctrl + Enter
We are
The action “Military service under the contract is your choice!” In Rostov-on-Don: future contract servicemen, exhibitions and “Russian Knights”The landing boat of the 21820 project for the Russian Navy was launched.
Military Reviewin Yandex News
Military Reviewin Google News
Add a comment
Information
Dear reader, to leave comments on the publication, you must sign in.