Alexander Dugin. To the heroes of Donetsk and Lugansk: in your hands our future 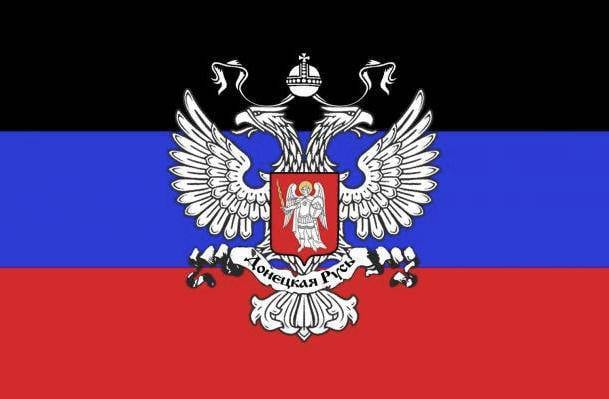 The situation is developing rapidly. Yesterday, the appeals to Yanukovych and the thesis of federalization were revolutionary in the South-East, today it amounts to a surrender. In the South-East, a new political entity is forming - one more Russian State.

Russia is a friend of this nascent statehood, but by no means its customer. Russia helps one of its existence the existence of this state, but it does not crave it. Rather, Moscow understands that after Euromaidan such a State should inevitably arise, and it will arise.

But for Moscow, this is not the same as the Crimea: Moscow understands that its relations with the West are at stake, and Russia, in fact, values ​​them very much. Yes, Putin will not sacrifice this relationship with the West to the sovereignty of his country. But on his own initiative without extreme need, he, too, will not tear them.

If the junta did not make the situation with the base of the Russian fleet in Hopeless Sevastopol, Putin would try his best to avoid reunification with Crimea. Similarly, with the Southeast: Putin will not give him an insult to direct repression of the junta, but if the protests are sluggish, Russia will not send troops on its own initiative.

As I have repeatedly stressed: Russian troops enter the South-East of Ukraine only in response to the introduction of the Ukrainian army there to suppress a popular uprising. No Ukrainian army, no Russian troops. They are ready, but they will not move.

Therefore, now is the time to establish a new State. The correct wording of the Donetsk Republic: The referendum is decided by the Republic as part of Russia or as part of Ukraine.

But in both cases as a subject of the Federation, and in both cases as an independent political unit. The outcome of the vote is clear: the overwhelming majority for Russia. But then you can begin to intensively build the Republic, create a confederation with the Lugansk and Kharkiv Republic, form a new political entity, and you shouldn’t refer to the junta and its right, nor to what was before the junta (that is, Yanukovych).
It is necessary to build the FUTURE, we must, with the support of the people, create our right, we must wake up to political action. Therefore, it is very important SOVEREIGNTY of the South-East and each of the Republics. This is a guarantee of freedom. Sovereignty is based on force (armed forces), political will (the presence of government) and law (created by government). And here we come to the main point: why should a new state of the Southeast necessarily have to be capitalist, bourgeois, liberal-democratic — like the countries of the West or Russia? Is capitalism and democracy an unequivocal good? Shouldn't you ask the people themselves what they choose? Yes, in Russia there is capitalism with an active role of the State. Yes, here is a democracy subordinate to national interests. But do you think all Russians agree with that?

This has been imposed on us and we are adapting to this, and since Putin, by his orientation towards sovereignty, conservatism, patriotism and the centralization of power, makes the situation tolerable, this is generally tolerable. But no one is delighted with capitalism and oligarchy, cultural degeneration, which continues to flourish in Russia (especially in TV entertainment programs) and blindly imitate the West in education and technology. But even let us deal with it ourselves, until sooner or later, we will not express directly what we think about all this. As the South-East rejected what pro-NATO neo-Nazi Kiev is proposing, it may well wait to accept it in order to accept everything Russian.

New Russia is a special cultural and historical, social space. 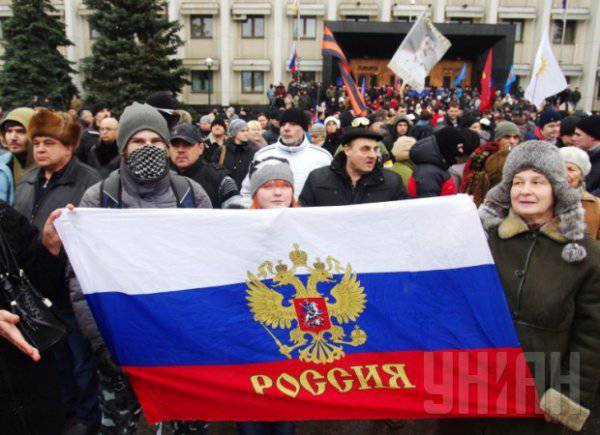 Why deprive him of the right to put forward and affirm his own identity - Novorossky identity. Our present-day Russia is not entirely Russian, to be honest, more Russian than it was under Gorbachev and Yeltsin, but far from what the majority would have liked.

And perhaps, the experience of Novorossia will be signals to us for cleansing, healing and diving to build a Russian future in Russia itself. What is happening in the South-East of Ukraine now is a unique chance. This is an open horizon of Russian political creativity. We have no right to miss it.

Those who now defend the young Donetsk Republic and who hold the defense in Lugansk are the vanguard of the entire Russian people. All our thoughts and powers, feelings and prayers are now addressed to them. They stand for all of us, for Russia, for Orthodoxy, for honor, for history, for truth. They are building a new and a future. And everyone who is not indifferent to the fate of the Russians should take off together at this critical moment.

Do not believe the negotiators, promises, persuasion, threats and promises. You betray all. In addition to Putin.

But only Putin personally, he is surrounded by different people and different forces. His name can hide behind those who have nothing to do with Russia and its vital interests. Ask the people and listen to your Russian heart. Only the people are carriers of the spirit. Only the depth of the heart of man knows the truth. In the face of death, all this is exposed.

Ctrl Enter
Noticed oshЫbku Highlight text and press. Ctrl + Enter
We are
A great interview with Sergey Lavrov: about Ukraine, Obama and IranWhat you didn't want to know about England
Military Reviewin Yandex News
Military Reviewin Google News
120 comments
Information
Dear reader, to leave comments on the publication, you must sign in.