Any evil can be expected from the USA ... 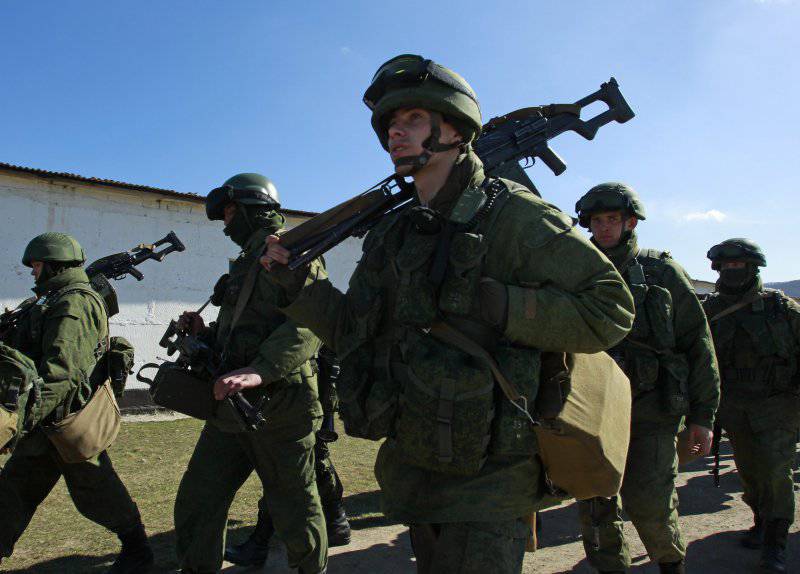 The reaction of the West, determined by its hegemon - the United States, in connection with the events in Ukraine, very precisely expressed the headline in the local media, which was later replicated by the “free press”: “Europe and Ukraine lost Crimea, and Russia lost Ukraine”. He explains the hysteria in the West: for a long time they considered Ukraine to be “their own”, therefore Crimea lost not only Ukraine, but also Europe, this is already a “European loss”! Hence the pan-European cry!

Europe peacefully “digested”, that is, Euro-associated Ukraine, and then suddenly Russia intervened and “reunited the Crimea”! Yes, they simply “stole Crimea” from her, - Samantha Power, the US Permanent Representative to the UN, screamed. From the civilized, democratic and progressive "Europe" no one can leave at will! And the Crimea, it turns out, spat on European democracy! - hence the frenzy of the PACE, the Council of Europe and so on and so forth ...

We need to know this perverted logic of our "European friends" in order to appreciate their cries. The Crimea has pulled away a democratic mask from Europe, which serves as an excuse for any “expansion of Europe”, hides a banal expansion. True, today it is disguised as a “peaceful strategy”: against the objects of aggression, coups and the Orange Revolutions are being provoked for joining Western values.

The second part of this slogan: “And Russia lost Ukraine” is another “European” lie, designed to “save the face” of Europe, as if to balance the “loss of Crimea”. And speaking of the loss of elementary logic, apparently due to homosexual degradation, which affects the intellect. After all, if "Europe and Ukraine have lost", then they are already declared one, and therefore Russia can not lose such Ukraine in any way. But it can “win back” the Crimea from them.

If Russia and "lost Ukraine", then most recently - February 22 2014, when she became Bandera, pro-fascist after an armed coup d'état, conducted under the leadership of the US Embassy in Kiev, with the help of his special services. Moreover, since the Bandera coup in Ukraine was openly sponsored and politically hiding behind the European Union and the United States, we can now talk about the fascization of the European Union and the United States!

Bandera Ukraine Russia in general can not lose in any way: Bandera openly and long ago declared Russia their enemy, and the enemy "lose" is impossible! But "Europe" has acquired not just "Ukraine", but Bandera Ukraine. European humanists pretend that there is nothing wrong with that, the main thing for them now is for Ukraine to have more hatred for Russia, and Bandera has it in abundance. And Europe is glad of it!

What to say? European degenerates do not see and go a step further! At one time, they also applauded Hitler in the same way, until he engaged in the then European degenerates. And here again consumer grasping instincts dominate in the West! Now the Kiev junta is preparing to start a civil war in the Donbass, under the guise of an “anti-terrorist operation,” and after all, “Europe” is already one with it! - and the blood of Donetsk will fall on the hands of "Europe"!

“Europe” and Bandera Ukraine are losing the Donbass today, today, by and large, the fate of Kiev is being decided: can they keep Kiev? If the “supporters of Donbass” do not immediately stop, they will lose Kiev, and will be saved in the Galician forests. Because it is insane: to try to impose on the industrial Donbass, the entire South-East and Kiev, a rural, parochial and neo-Nazi Galician ideology! Try for the whole of Ukraine to give the Galician region!

Another aspect of the events in Ukraine: the hysteria and hatred of the West for today's Russia began to exceed their hatred for the USSR. Today's “sanctions” of the West are tougher than the anti-Soviet laws of the former “cold war”: even scientific relations, institutes and laboratories that have worked safely throughout the years of opposition to the West with the USSR are under threat. This means that the United States considers modern Russia a much greater danger to the Western system of world domination than the USSR.

This can be understood: the atomic military power of the USSR was supplemented by the Russian conservative, traditionalist ideology, instead of the communist, and it turned out to be very attractive for the Western man in the street, choking under the yoke of liberal-homosexual "values".

Russian President Vladimir Putin, the spokesman and symbol of conservative values, is more popular with ordinary Europeans than their own leaders, and the popularity of US President Barack Obama is generally at the level of statistical error. Thus, the ideological struggle for the first time in stories moved to the fields of the West, so there is such a mad roll forward of the Western media on President Putin and Russia.

It can be said that Russia “surprised” the West, and to surprise its opponent is almost to defeat him, said commander Alexander Suvorov. This is felt in Washington, nervous and enraged, lose self-control and become ridiculous. Again, they were honored by Putin’s jokes, who noticed that it wasn’t good to eavesdrop, but “ugly to pry”, and State Department press secretary Jane Psaki seriously says that they don’t pry ...

... It seems that the West feels the near end of its dollar domination on the planet, feels that the time of the "polycentric world", which Foreign Minister Sergey Lavrov is talking about, is coming, this is where his rabies and hysterics are born, the accusations that Russia threatens "world order." Certainly threatened, if we understand it as the American world order ...

The United States is becoming dangerous, just as dangerous is an insane old senile man with a razor in his hand, obsessed with the great idea that he is always right and everyone should obey him. Apparently, the higher forces also see this and awaken Supervolcano Yellowstone (Idaho) in order to occupy something with this mind-blowing old man. It is better eruption of Yellowstone than America gone mad!