US and NATO do not need the federalization of Ukraine 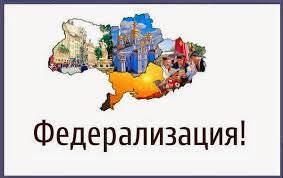 Whether the four-sided meeting scheduled for 17 will take place in Geneva with the participation of Russia, the USA, the European Union and Ukraine is a big question. In a telephone conversation with the US Secretary of State, Russian Foreign Minister Sergei Lavrov warned the interlocutor that negotiations would be disrupted if force was used against residents of south-eastern regions of Ukraine. And the next day, the Ministry of Internal Affairs of Ukraine began a special operation in the Donetsk region ...

It is hard to believe that such a chronology of events is accidental. On Sunday, information appeared about the alleged visit to Kiev by the head of the CIA, John Brennan, during which the Americans approved military actions in the regions covered by the protests. And on April 22, a visit to Ukraine of Vice President Joe Biden is scheduled. The one, according to the White House, will stress "the strong support that the United States intends to continue to provide to Kiev." True, there is American help more in words. Even the one billion dollars that the Congress allocated to Ukraine after lengthy discussions turned out to be virtual - it was not “real money”, but only guarantees to banks that would provide funds to Kiev. But such financial institutions, at the moment, was not found. It seems that the main task of high-ranking American emissaries visiting the Ukrainian capital is to convince local authorities not to pay attention to tough statements from Moscow.

“If the United States has already agreed on everything in its“ circle ”- without Russia, with other participants in the negotiations, denoting both the time and place of the meeting and the intention to discuss the situation not only in Ukraine, but also around it, then maybe are you able to announce the results achieved right now? ", - ironically about the situation around the Geneva meeting of the Russian Foreign Ministry.

As it became known to RG, in preparing for the talks in Geneva, State Department officials tried to make it appear that Russian and Ukrainian foreign ministers would meet “under the supervision of” the heads of European and American diplomacy. It is clear that such an approach did not suit Moscow. Russia proposed a fundamentally different concept of dialogue - the heads of the foreign ministries of Russia, the United States and Europe will discuss with their Ukrainian counterpart in Geneva ways to resolve the crisis in Ukraine and will adopt a joint communique calling for a peaceful overcoming the split in Ukrainian society.

But, judging by the latest events in the Donetsk region, Washington was looking for a reason to refuse such an agenda. And at the same time lay the blame for the breakdown of negotiations on Russia. When the Ukrainian foreign minister is not even a “postman”, but a “mailbox” where all interested parties put their messages to the prime minister of Ukraine, who in turn delivers them directly to the US Department of State, it’s hard to believe that no special operation in the southeast was received from Washington. At the same time, Kerry continued to publicly accuse Moscow of interfering in Ukrainian affairs, without giving any evidence.

The military operation in the southeast, regardless of its final results, plays into the hands of the presidential candidate of Ukraine Yulia Tymoshenko and her supporters, who occupy leading positions in power today. Escalating the conflict will inevitably lead to the postponement of the election of the head of state. As a result, the team close to Tymoshenko will remain at the helm, and the ex-premier will have additional time for campaigning. After all, if the elections were held, as planned, on May 25, according to opinion polls, Petro Poroshenko would have won them. And all Yatsenyuk, Turchinov and Parubiyam would have to surrender the power obtained during the coup ...

According to the RG, Moscow assumed that Kiev would not wait for the Geneva talks, at which the demands of the south-eastern regions about federalization and the right to speak in their native language would be heard. And try using provocations to blow up the situation. Such a provocation was the order and. Interior Minister Arsen Avakov to start fighting in the Donetsk region. Order generously supported by threats of arrest and trial against those who will resist.

The beginning of the military operation in the region was preceded by a night meeting of the Security Council of Ukraine. Although its results were not reported, it is obvious that the participants in this action were discussing which of the "siloviks" would carry out criminal orders to shoot at the protesting population. No wonder Avakov mentioned that for the special operation had to collect police from all regions of Ukraine.

I am ready to forget for a while the offenses inflicted by Avakov and take part in the ethnic cleansing in the east and the Right Sector. Its leader, Dmitry Yarosh, has already announced the mobilization of supporters.

At a meeting of finance ministers G20, which was held in Washington, the head of the Russian department Anton Siluanov formulated four mandatory conditions, under which Russia will help Ukraine, "both in budget and gas issues." This is Ukraine’s constitutional reform, legitimate presidential elections and the formation of a government, the legitimization of the situation around Crimea and the settlement of tensions in the east of the country.

However, such a development of the situation does not meet the geopolitical interests of the United States and NATO leaders, who used the Ukrainian events for their own purposes.

A few hours before the start of the military operation of the Ukrainian Ministry of Internal Affairs in the southeast, a curious document called "Accusations of Russia" was posted on the alliance's website. It makes no sense to retell the content of this propaganda paper, demonstrating the infallibility and peacefulness of NATO. Much more important conclusion, following from it. Now the international isolation of Russia and the advance of NATO to the east, including the deployment of anti-missile defense systems, are now referred to as the strategic objectives of the alliance.

After that, it becomes clear that Kiev’s readiness to preserve the non-aligned status of the state in the future and not place NATO facilities on its territory is worthless. Washington understands that in the event of federalization, the southeast will oppose the alliance’s military plans in Ukraine. While unitary Ukraine, under the leadership of pro-American rulers, suspended from the financial hook of the international monetary fund, will execute any order from the Alliance's Brussels headquarters and from the Pentagon. It is not surprising that, according to the RG, in conversations with Lavrov, the American side avoids the term "federalization" as an devil, agreeing to talk only about "increasing the powers" of the Ukrainian regions.