Terrorist attack in homs: how it was 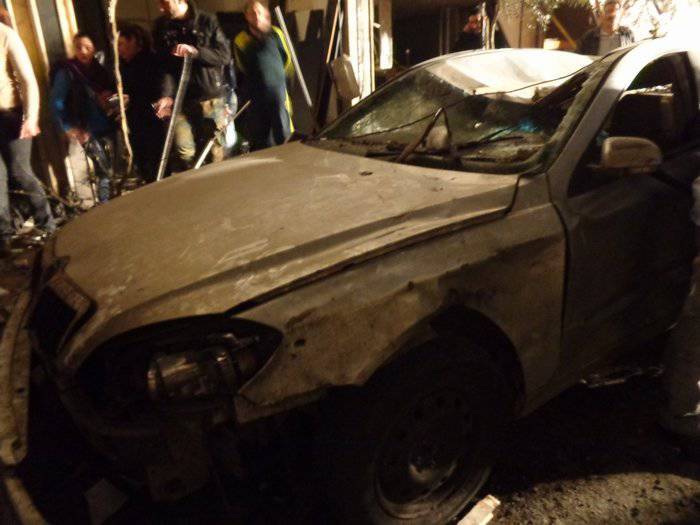 One of the worst terrorist attacks during the Syrian confrontation occurred on April 9 in the city of Homs. In Karm Al-Loz quarter on Al-Khudari Street, in a busy area where people go to buy oriental sweets and other goods, an explosion of a mined car thundered around 4 one o'clock in the afternoon. After some time, a little bit more mined car flew off in the same street.

There is a school in this area, and there could be an incredible number of victims among the children, but the schoolchildren were lucky - as the residents of the block say, the lessons ended a little earlier than usual, and the children quickly ran away. A few minutes after that, the first explosion occurred.
Such tactics are common for Islamist extremists, it has been known since the days of Afghanistan. First there is one explosion. Then, people — relatives and friends of those killed and injured — rescuers, journalists, doctors, and just onlookers, come running to the scene of the incident. And at this time, the second "hellish car" explodes, seeking new victims. 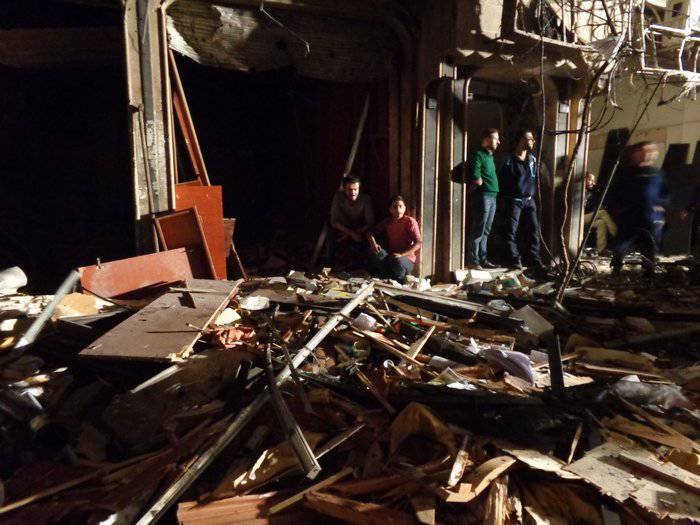 First, 20 dead were reported, then their number exceeded 25. Hundreds of people were injured, and among those affected are those who are in critical condition. The journalist of the Syrian news agency SANA suffered as well - he came to remove the consequences of the first explosion.

A huge pile of garbage has turned the product from the many shops. Concrete floors have collapsed in many apartments. Dozens of cars parked on the street, turned into trash. 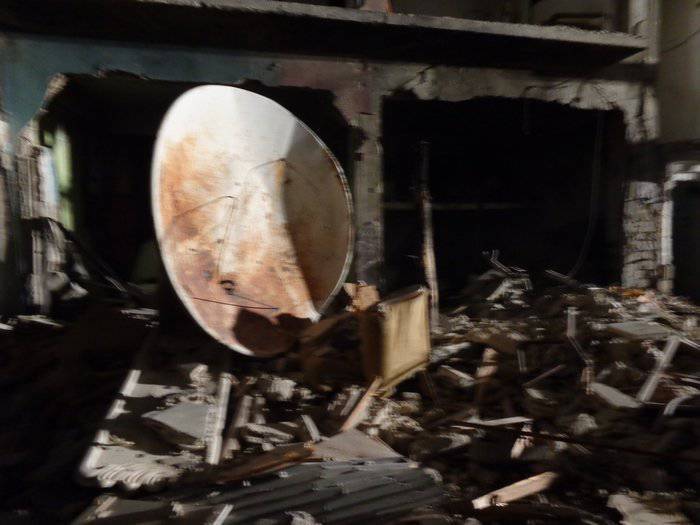 In the place of the terrorist attack we find a man who speaks Russian — once studied in the Soviet Union. After seeing journalists from Russia, he comes up. He suffered on his head - already treated wound. But his brother suffered even more. The man shares his impressions, says that the first explosion was of tremendous power. The second is also far from the weak. There were a lot of wounded people, and the whole evening the ambulance signals were buzzing. “But here’s the brother’s car,” the victim said sadly, pointing at the black pile of scrap metal, which the bulldozer was approaching. 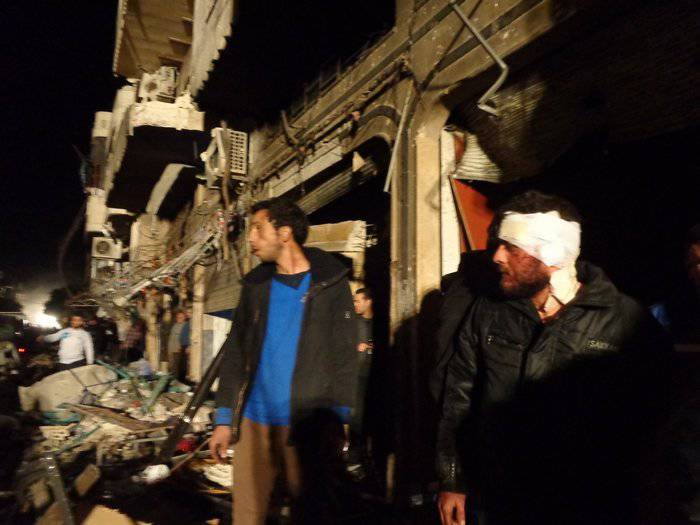 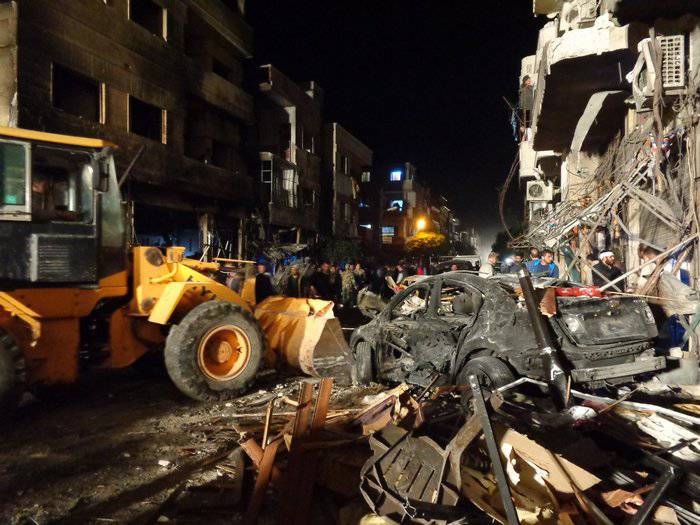 However, most of the injured required hospitalization. Near the hospital - dozens of relatives of the dead and injured. The bodies of the fallen are still in the hospital corridor, some cannot be identified. Among the victims of a terrible crime are women and children. 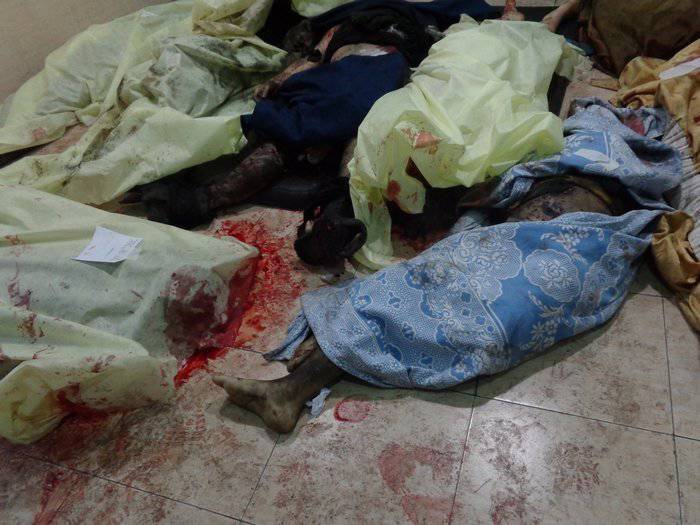 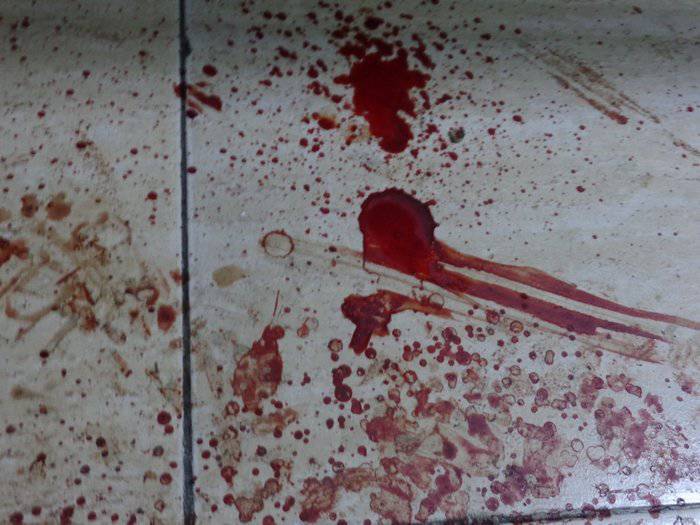 We go to the wards, to the wounded. One girl, lying in a hospital bed, smiles courageously. She was sitting on the balcony when she suddenly woke up on the ground, among a pile of ruins ... Her face was injured, her eye was bruised.

But many victims are unconscious. I want to believe that they will survive. 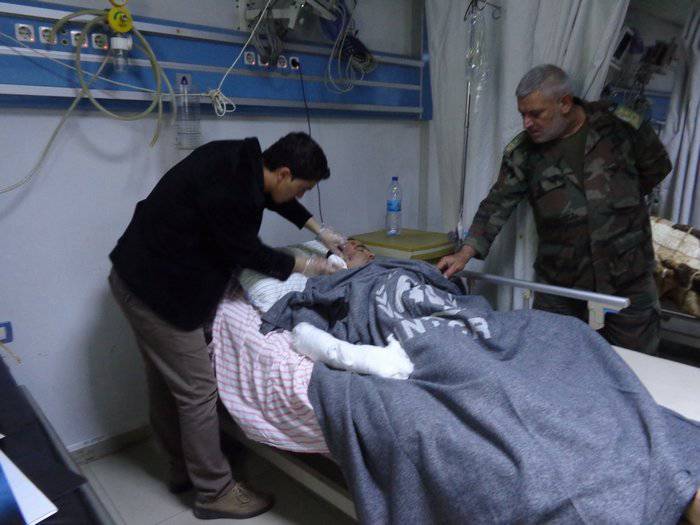 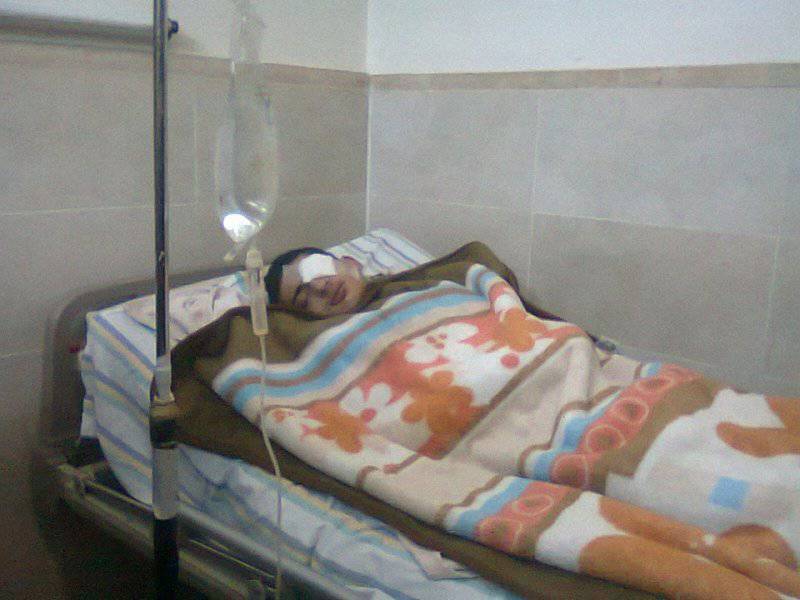 It would be necessary to reduce to the place of this terrorist act those politicians who make criminal decisions to support the "opposition". It would be necessary to carry out their hospital corridor, where the corpses lie. To force to look into the tear-stained eyes of mothers, wives and other relatives of the fallen. And ask - will you still argue that the "rebels" in Syria are fighting for democracy?

On the same day in Damascus, the mortar al-Qabbas was bombarded by terrorists from a mortar. Two citizens suffered. And in Aleppo, people were also injured due to the shelling of the city hall building, and great material damage was caused.

10 in April in the Syrian capital in the quarter of Al-Kassa gangsters fired at the hospital and residential buildings. One person died, three injured. As a result of the shelling of the school in the Duel quarter, a child died and several more people were injured. In the Mezze-86 area, four people were injured because of the shelling of the dining room. In addition, several more shells hit residential buildings, causing damage.

In the city of Jaraman, 20 mortar shells exploded, 22 people were injured.

And again, in Homs, along the Al-Hamra quarter, a shell was also hit; nine people were wounded by shrapnel.

Syrian Foreign Ministry appealed to the UN Security Council with a demand to condemn the terrible terrorist attack in Homs. 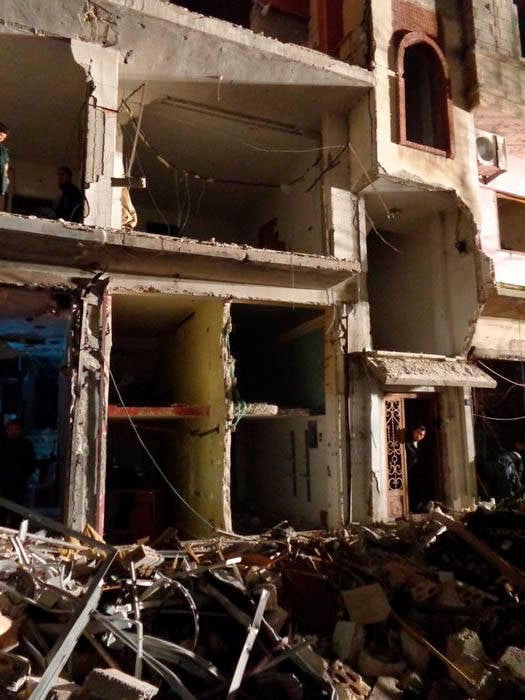 All that remains is to join this demand and petition the Russian Foreign Ministry for the issue of condemning the monstrous crime to be put before the UN Security Council. Most likely, the Western countries, as usual, will do everything to prevent the adoption of such a resolution condemning the terrorists. But in the conditions of the information war against Russia, this will be just one more trump card against those countries that are guided by double standards, support terrorism and turn a blind eye to the terrible atrocities of the Syrian militants.

Ctrl Enter
Noticed oshЫbku Highlight text and press. Ctrl + Enter
We are
Mohammed is the most common name in EuropeSyria: Americans scare themselves, and Asma Asad buys chairs
Military Reviewin Yandex News
Military Reviewin Google News
21 comment
Information
Dear reader, to leave comments on the publication, you must sign in.