Yatsenyuk: Rada must adopt a law on a local referendum 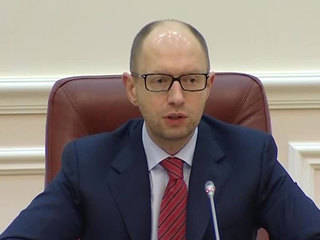 
Donetsk Mayor Alexander Lukianchenko proposed to hold an all-Ukrainian referendum on the new Constitution of the country on the day of the extraordinary presidential election - 25 in May of this year. He stated this today at a meeting of the leadership of the eastern regions, which is held here under the leadership of Prime Minister Arseniy Yatsenyuk appointed by the Verkhovna Rada.

"I think that in order to calm the population, solve all problems and to avoid boycotting the elections, which will be 25 in May, it is necessary to conduct a poll or a referendum on changing the constitution of our country together with the elections," he said, addressing to Yatsenyuk. In his opinion, the same commissions that are created to organize elections can be involved in conducting a referendum.

Earlier, Lukyanchenko stated that the draft should include a clause that would determine the status of the Russian language in Ukraine.

Ctrl Enter
Noticed oshЫbku Highlight text and press. Ctrl + Enter
We are
Yatsenyuk made concessions in all matters
Military Reviewin Yandex News
Military Reviewin Google News
198 comments
Information
Dear reader, to leave comments on the publication, you must sign in.