April 11 2014
0
In memory of the victims of the plane crash near Smolensk, which occurred exactly four years ago, prayers were served at the site of the tragedy by Orthodox and Catholic priests. Events dedicated to the memory of victims of the terrible catastrophe, in which almost the entire political elite of Poland perished, were held in a number of Polish cities. Many Polish patriots after that tragedy even turned to tattoo parlor with a request to make a tattoo with a mournful date on the forearm. 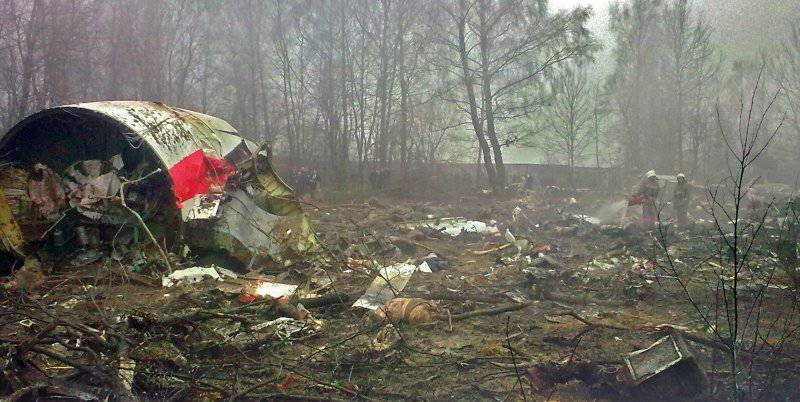 After the commemoration of the victims of the 2010 plane crash, the Polish delegation headed for the memorial complex near Katyn, where, according to the Polish side, thousands of Polish officers were shot by Stalin’s order in 1940.
Not all historians adhere to the version that it was the Soviet side that was involved in the execution of Polish soldiers. Too many inconsistencies were discovered during the investigation of the so-called Katyn case, which was conducted by representatives of Nazi Germany in the 1943 year, and also after Poland withdrew from the Warsaw Pact member countries.
Some of the inconsistencies have been carefully hidden in recent years, as evidence that questions the NKVD’s involvement in the execution of Polish officers in March 1940. One of these inconsistencies was found in the clothes of prisoners of war of Polish soldiers of newspaper scraps, dated not on March 1940 of the year, but on May-June. Another oddity that the group of experts found in the graves near Katyn was a tightly folded sheet of half-rotten cardboard, on which it was bred with a chemical pencil “Przytrzymaj Stalingrad!”, Which literally means “Hold on, Stalingrad!”
If this record was made in the 1940 year, it is not clear for what reason the Polish officer made it, and from what Stalingrad should have kept at that time. This inscription partially sheds light on history with the shooting of Polish soldiers. If the person who made the inscription lived up to the days of the heroic defense of Stalingrad, being in the territory occupied by the Germans, then what does the NKVD have to do with the execution?
All the pages of the cases in which those terrible events near Smolensk are described are still not declassified, and it is still not known exactly how many Polish soldiers have vanished near Katyn and from whose hands.
Apparently, the answer to these questions should still be on the verge of relations between Poland, Russia and Germany.
Ctrl Enter
Noticed oshЫbku Highlight text and press. Ctrl + Enter
We are
Polish script Russian blitzkrieg. Doctrine "Polish fangs"In St. Petersburg opened a naval salon
Military Reviewin Yandex News
Military Reviewin Google News
Add a comment
Information
Dear reader, to leave comments on the publication, you must sign in.