The construction of a new Russia will begin in the Crimea 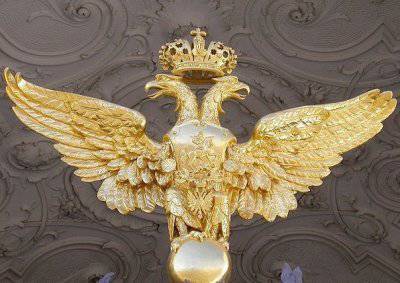 From the Crimea, Russia began to return to history, in real, serious geopolitics. And the rest of the world will not be the same. Crimea has its own vices and “rapids”, about which life forces us to stumble, but they will go away, and Russia will have to combine its advantages with the advantages of Ukraine in optimal terms.


In the Crimea, a fundamentally new for Russia model of socio-economic development will be created and debugged, close to the ideal, so that the whole world can see everything, and the Russian people trust and, as it happened before, successfully asserted all the backwaters of today's homeland. That is why Crimea is so fundamentally important for Russia.

Now it is a real “national project”, uniting the government and the people, with the exception of the liberal renegades. At the household level, they themselves have excluded themselves from the state, and now they will be excluded from power by the government and dissolve in the natural processes of urbanization. Therefore, to pay attention to this gathering of liars and provocateurs zombied by the dollar does not make sense. And it will be necessary to talk with them only in the only language accessible to them and interesting to cosmopolitans - in the language of legitimate force, which they will have to recognize.

Today, the next stage in the demonstration of the strength of the Russian military-industrial elite is the revival of the Crimea. The time has come to develop and deepen the sense of national pride for the Motherland, so that it no longer turns into a sense of shame, which has become customary in the last quarter of a century of national betrayal of the liberals. It is necessary to justify the confidence of the Crimea - both Russians, Ukrainians, and Tatars, who believed us despite the harsh propaganda of their diasporas. And those who live on their own should be “relocated” closer to Vorkuta and Magadan in order to get a “shred of wool from sheep”.

The integration of Crimea consists, as usual, of groups of tasks: solving current problems, unifying the regulatory field, and achieving strategic goals. Under strict supervision of the regional system of public control, we have to solve fleeting problems in a year or two. But the specificity of the tasks requires the creation of a special national control body with special powers. In operational work, he must enter the president’s “open doors”, since the internal political and sabotage and terrorist activities of the European Nazi forces are able to “abolish” the indomitable strength of spirit only the Russian conscientious people as the “oprichnina” known to the whole world.

The justified rumors “live” among us that Deputy Prime Minister Dmitry Kozak, who has a good practical acumen and an unblemished reputation, goes to the highly responsible post of the “chief of the Crimea”, which is rare for current leaders of this level. Therefore, his direction “to the Crimea” would be absolutely justified, because he is really able to organize constructive interaction with the “polite military” from among the Crimeans who served in the Ukrainian army and with the diasporas of the Crimean Tatars.

Ctrl Enter
Noticed oshЫbku Highlight text and press. Ctrl + Enter
We are
The world we leave, the world we enter, and the world between themAbout Stalin and Khrushchev
Military Reviewin Yandex News
Military Reviewin Google News
26 comments
Information
Dear reader, to leave comments on the publication, you must sign in.