In Ukraine, there are calls to jail for St. George ribbons and shoot protesters in the east of the country 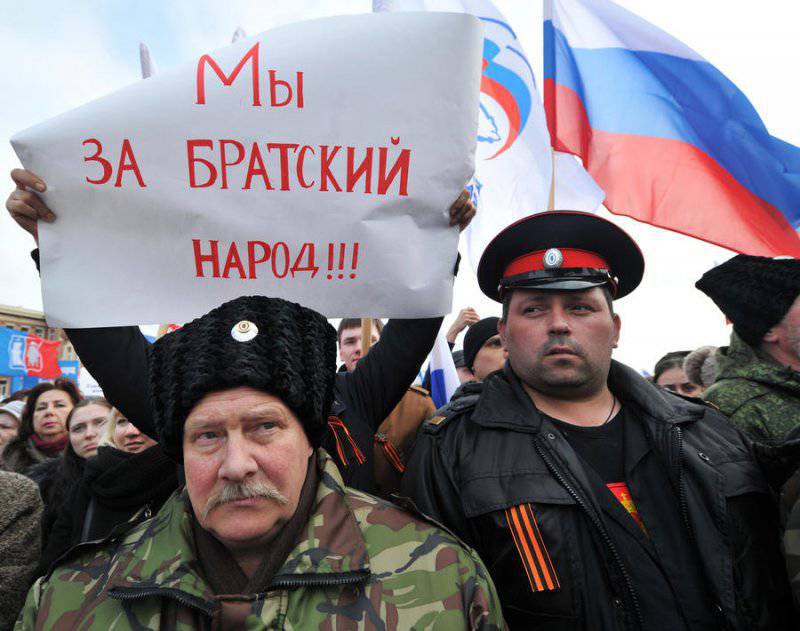 Picketers near the Verkhovna Rada of Ukraine in Kiev are demanding that they be imprisoned for wearing St. George ribbons and other “Russian symbols”. Similar appeals are depicted on posters of protesters. In addition, a representative of the Svoboda party, Irina Fahrion, called for the shooting of protesters in the eastern regions of the country.

“We are really ready to tear off… the ribbon of St. George. It has long ceased to be a symbol of the memory of the war, becoming a sign that distinguishes those who feed the pro-Russian political sympathies. Today, the separatists have finally secured the status of a symbol of the occupation of Ukraine and the fascization of the social process for the St. George Ribbon, ”the article says,“ Break with the St. George Ribbon ”.

In addition, today there were reports that the representative of the IN "Freedom" Irina Fahrion offered to shoot protesters in the eastern regions of Ukraine. “I would act much harder,” said Irina Fahrion. - I would just shoot them, I'm sorry. Listen, the enemy dominates our land. What are we talking about? He had to be driven away from here since the 1654 of the year. Therefore, today's reaction is absolutely adequate. But the measures should be much tougher. Our people put their lives. Therefore, these creatures who travel here deserve only one thing - death. "

Recall that on April 7 demonstrators in Donetsk occupied the building of the regional administration and formed the Donetsk Republican People's Council, which proclaimed the “Act on the state independence of the Donetsk People’s Republic”. The same scenario unfolded events in Kharkov. A group of public figures in the vestibule of the regional administration building held a meeting of the “regional community”. They announced the list of people who took on the duties of deputies of the regional council. It was decided to create an independent state called "Kharkiv People's Republic". According to their statement, this decision will enter into force after approval at a regional referendum.