Sergey Lavrov: South and east of the country should be represented at the multilateral negotiations on Ukraine 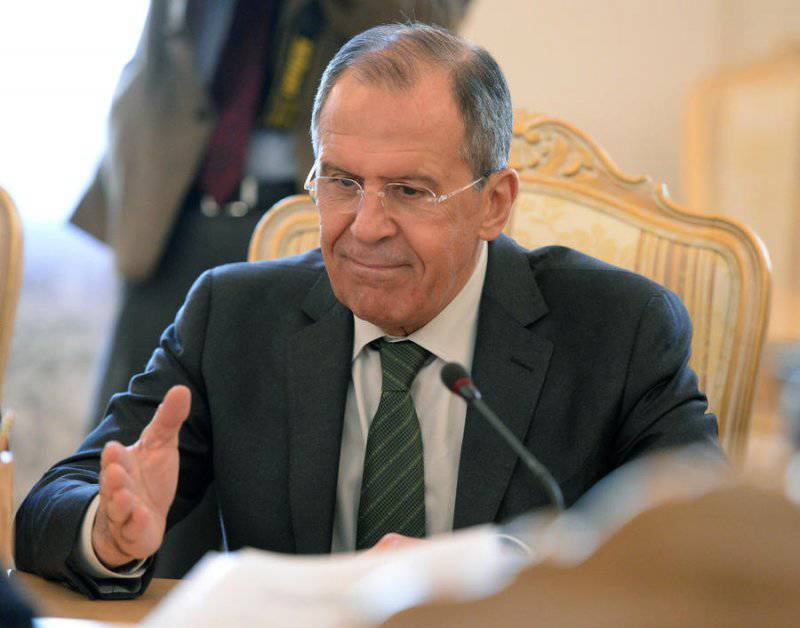 Russian Foreign Minister Sergei Lavrov said that Moscow is ready for a four-sided meeting, which will be held in the format of RF-US-EU-Ukraine, to discuss the situation in the country. At the same time, the minister noted that the dialogue will be full-fledged only when Kiev recognizes the demands of the south-east of the country.


Russia is ready for contacts on the Ukrainian issue, which will be held in the format of the RF-US-EU-Ukraine. This was stated by Russian Foreign Minister Sergei Lavrov at a press conference following a meeting with Angolan Foreign Minister Georges Rebel Pinto Chikoti. At the same time, the Russian minister noted that the exact date of the talks has not yet been determined, but it is possible that they will take place within the next ten days.

According to the head of Russian diplomacy, first of all you need to decide who will represent Ukraine. Sergei Lavrov noted that official Moscow is not moving away from a dialogue with the new authorities of Kiev. He also added that communication will be productive only when Kiev recognizes the requirements of the south-east of the country.

Regarding the statement by Jennifer Psaki that Russia was involved in the unrest in the south-east of Ukraine, Lavrov noted that in this case, the West is transferring the problem "from a sore head to a healthy one" and "trying on its habits with others."

Returning to the heated situation in the south-east of Ukraine, Lavrov noted that the new Kiev authorities have not done anything yet to calm the unrest in this region of the country. The head of Russian diplomacy also noted that a representative of the south-eastern regions of Ukraine must be present at the meeting in the quadrilateral format. Speaking about the representation of these regions of Ukraine, Lavrov stressed that candidates for the presidency of Ukraine should also participate in the negotiations.

In addition, Lavrov expressed bewilderment about the fact that constitutional reform in Ukraine is going on in secret, no information about what exactly is included in the draft is not received.

“I tried to get relevant explanations from Andrei Deshchitsa, when we talked to him in the Hague on the margins of the Nuclear Security Summit, I tried to get explanations from John Kerry, given that the Americans are involved in the process of preparing the new Constitution Ukraine through its influence on the current leaders in Kiev. We have not received a clear explanation. We only hear from Mr. Yatsenyuk, or Mr. Turchinov, that there will be no federalization, but will give some new powers to the regions. But this is a “down view” approach: if you are really ready to give powers to the regions, then invite the regions, sit down with them, hear what they say, and then begin negotiations, ”Lavrov said.