Southeast of Ukraine goes to the east 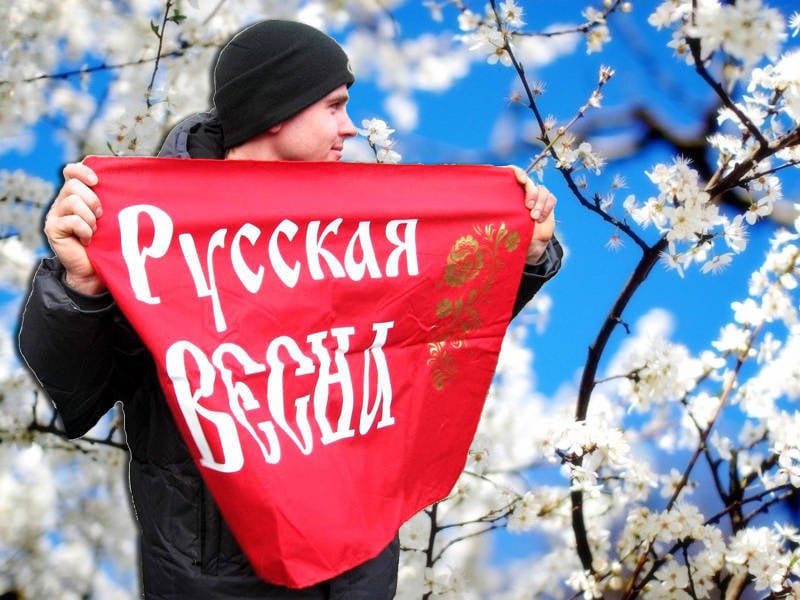 None of the observers had expected that the South-East of Ukraine would rise so quickly against the Bandera putschists. After all, production has not collapsed, but since May 1, a sharp increase in tariffs, the dismissal of state employees, and a reduction in wages and social benefits have been announced. I did not expect this, and the Kiev junta, apparently, also counted on the May "holidays". But the revolution is an unpredictable thing, and now the Donbass has risen! ...

Everything can be explained post factum: unexpectedly decisive protests in Lugansk, Donetsk and Kharkov, culminating in the taking of state administrations and local SBUs, and the passivity of the Ukrainian police, and the disastrous, self-destructive policy of Bandera Kiev itself, but still it will be superficial explanations.

Why everything happened exactly the way it happened, we will never fully know: a revolution is first and foremost an element. And it is just starting in Ukraine. In this sense, the Kiev Euromaidan is only a staged, staged a coup d'etat disguised as a “revolution”. But he seemed to be the fuse of the real revolution in the Southeast. How it will end - it is fundamentally impossible to say!

On the streets of Donbass, it was the spontaneous energy of a long accumulated popular protest that broke out. “The time of silence has passed, Donbass woke up, God sees, we didn’t want it!” - the participants of the uprising in Donetsk spoke to the camera, moreover, adult men, and this contrasted so much with euromaid, clearly staged interviews of the enthusiastic “boys and girls”!

The April uprising in the Donbass was provoked, of course, by the Russophobic and provocative policy of the Kiev junta in relation to the entire Russian-speaking population of Ukraine. Judging by the statements of its leaders, they do not intend to change their policy of suppressing the South-East of Ukraine, they announce an intensification of the fight against "separatists", they are preparing "anti-terrorism measures".

This was to be expected, the Kiev junta will continue to seek to suppress civil protests. Precisely because it is the junta, one should be aware that this is the power of the militants, “field commanders,” so waiting for them to show the state of mind, actions in the state interests of the whole of Ukraine is a waste of time. Moreover, they will not be able to understand that in trying to crush the revolutionary element in a crude and straightforward way, they only add fuel to its fire.

Therefore, it should be expected that the situation in the Donbass will dramatically escalate, to agree "the parties to the confrontation" will not work. You can negotiate with a truly state government, with the Yanukovych, the putschists once agreed, but it is impossible to negotiate with the former "field commanders."

On the other hand, the core of protest has already formed in the Donbass, there are even a few of them, they are well organized and already armed. “Lugansk partisans” turned out to be not a myth, but a reality; their commander Valery Bulatov defiantly removed the mask, this means that he and his fighters will go to the end. Bulatov says that he has thousands of fighters, and this, too, does not seem to be a myth.

The armed conflict of the Kiev special forces and mercenaries with such an enemy, and on its territory, threatens the putschists with unpredictable consequences: the “partisans” are also former “specialists”, and in their native element. Donbass may well be a trap for Kiev guests. But even the success of the Kiev Alpha will have a local meaning: it will provoke the partisan movement in the Donbass, and this will only kindle the revolutionary element.

Finally, the main oligarch of Ukraine and the Donetsk businessman Rinat Akhmetov, according to the Kiev-based Maidan press, is the sponsor and unofficial patron of the protest movement in Donbass. This is possible, given the sad fate of the oligarch Firtash, a completely pro-Western, but fallen, nevertheless, a victim of the intrigues of Washington, which has already requested his extradition to the US, for reprisal. Looking at his fate, Akhmetov cannot fail to appreciate the reliability of Moscow, where he is said to have recently flown to a meeting with Vladimir Putin.

However, the decisive word in upcoming events will be said, of course, by the workers of Donbass, and this will be a difficult word ...

Ctrl Enter
Noticed oshЫbku Highlight text and press. Ctrl + Enter
We are
Results of the week. “I will tell you one clever thing! Only you do not be offended! "In Donetsk, a monument to Uncle Vasya was installed, and the ukrokrateli “congratulated” the Donbass on the Day of Metallurg
Military Reviewin Yandex News
Military Reviewin Google News
131 comment
Information
Dear reader, to leave comments on the publication, you must sign in.