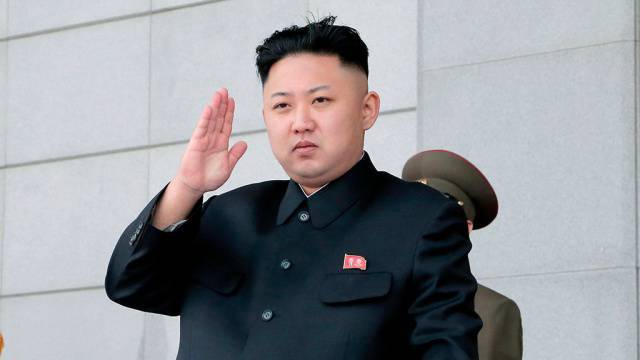 Over the past couple of weeks, the South Korean authorities in their territory discovered three unmanned aerial vehicles at once, which, as Seoul believes, were sent from the territory of the DPRK and for various reasons crashed in South Korea. Two aircraft, as it turned out, were able to photograph a number of military facilities and the residence of the President of South Korea. This caused a big stir in the South, where they began to talk about "significant gaps in the air defense of the country." The South Korean military intends to increase air defense forces, simultaneously forcing the creation of its own UAVs to monitor the DPRK.


"The epidemic of falling UAVs" began in South Korea on March 24. Then, in the vicinity of the city of Pahaju, a crashed unknown UAV was discovered, which flew over all of Seoul. The first incident was managed by the military to “let go on the brakes,” although questions began to be heard about the aircraft’s ownership, as well as how it managed to go through the entire area where flights were prohibited.

However, just a week later, a second incident occurred on the island of Pannjöndo, when another similar crashed plane was discovered. This time the event failed to hush up. And immediately his eyes turned to the DPRK, which, on the day of the fall of the second plane, conducted firing not far from Pannendo.

A thorough investigation led to a big scandal in South Korea. As the Southerners now believe, both UAVs belong to the DPRK, as evidenced by the labeling on batteries. The devices were sent for photographing military and government facilities. The first plane was able to make 193 photos, which captured including the administration of the President of South Korea. The second “guest” photographed military sites on Pannöndo and two adjacent islands.

Representatives of the South Korean authorities began to reassure the public, saying that "the pictures were the level of those that are accessible to everyone via Google Maps," but officials still admitted that they were faced with a new danger to them that was still unknown to them from the North. Due to their small size, these UAVs easily overcome South Korean air defense systems unnoticed and then can safely take pictures of the territory of the South. According to the South Koreans, the North Korean vehicles have a range of 600-800 km, that is, they can cover the entire territory of South Korea and return to the DPRK. There is also the danger that BLAs can also be used as kamikaze aircraft, carrying warheads if necessary and hitting targets, crashing into them.

Representatives of the Ministry of Defense of South Korea said they intend to significantly increase the country's air defense forces, as well as speed up projects to build their own UAVs.

Fuel to the fire poured and the message that appeared yesterday about the discovery of the third "drone" and again close to the border with North Korea. He also crashed, but in the area of ​​the city of Samchhok, in eastern South Korea. The truth here, too, as it turned out, was not without a certain scandal. The locals saw the UAV falling back in October last year, but the authorities became interested in the message only after two planes crashed into Pahaju and on Pennёndo. As a result, the wreckage lay for almost half a year, but the soldiers were still able to locate them anyway. A preliminary analysis allowed to talk about the serious similarity of the apparatus with two recent "brothers".

In this connection, several scandalous questions immediately arose to the authorities and the military of South Korea, which are tirelessly quoted by the local media. First, why the incidents tried to hush up, although already with the first UAV it soon became clear that it was not a “simple amateur model”. South Korean military expert Sin Ying Gyun stressed that after reporting on the first UAV and his comments on the "gaps in the country's air defense system," representatives of the presidential administration called him, demanding to give up his words and "do not agitate panic." However, as subsequent events showed, everything turned out to be more serious than the expert said.

Secondly, the Southerners found three UAVs, which for various reasons crashed, and therefore, as South Korea is confident, it is logical to assume that this is only a small fraction of those vehicles of the DPRK that regularly visit the South. It turns out that the Southerners did not know that North Korea was closely following them in this way.

Thirdly, the talk is about the vulnerability and inefficiency of the air defense system as a whole. Northerners seem to have found a "hole" in this system, using small-sized UAVs. Ordinary radars do not notice them, since such aircraft leave a trail similar to three or four birds flying together.