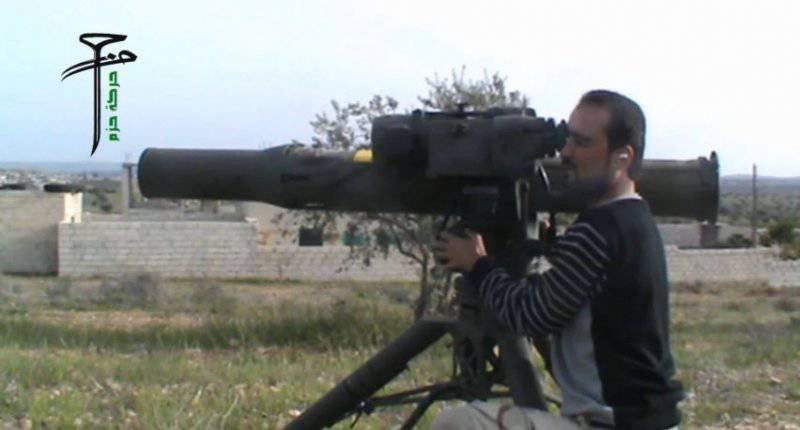 In the fresh video of militants of the armed opposition from the area of ​​the village of Hish in the province of Idlib appeared American ATGM TOW. The ATGM data are not in service with the Syrian army, and for the entire time of the conflict up to this point there has not been a single case of their use by any party. Judging by the emblem on the video, this ATGM is used by the Hazzm movement grouping, which formally enters what remains in the north of Syria from the so-called "Free Syrian Army" supported by the West and the Arab monarchies of the Persian Gulf. Considering this and the fact that the video from the Idlib province bordering with Turkey, it can be assumed that the promised deliveries of new weapons to militants probably began, but this can only be said if such videos continue to appear, as is the case with the HJ-8 ATGM. 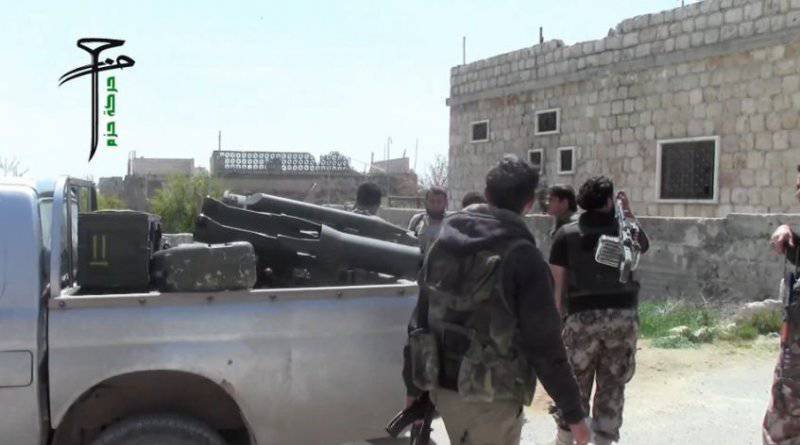