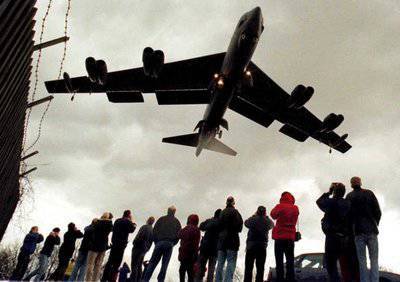 And now the greatness of the Plan begins to manifest itself in all its cynical-KGB beauty.


At some stage, Putin sensed that Yanukovych might flinch and would not sign a “dirty world” with the Entente. There was no more hope for this weakling. And the experienced KGB-Schnick decided to use the Guard, his best forces - the special forces of the FSB "Sector P" led by Lieutenant Colonel Yershov and deputy politician Muzykantsky.

Before them was put - and successfully completed - the difficult task of turning the peaceful rally of children into a dirty slaughter. Of course, the presence of petroleum products in bottles too clearly indicated the Russian trace, but there was no time for detail. The best bartenders of the Kremlin buffets were attracted to the bottling of the Molotov cocktail in bottles. Again, the creative team led by K. Ernst worked out brilliantly. They prepared the opening of the Olympiad: they staged a colorful “tire show” in Kiev, showed phantasmagoric catapults to the world, and the Moscow circus team together jumped on the Maidan under the slogan previously recorded in Rospatent “not jumping. .. "

At the same time, the most experienced GRU snipers were seated on the roofs, who were ordered to water indiscriminately, in order to blame everything on Yanukovich. Of course, the most unsolvable task was exactly propaganda. After all, only an idiot would not be clear that the only one for whom blood is disadvantageous is Yanukovych. But the advocacy advocacy team coped with the task brilliantly, Major Kiselyov was presented for a state award, including for the curator of the Ukrainian media in the wake of total coherence.

The extremely difficult mission was to bring to power the least competent politicians who would do everything possible to carry out Operation Crimea. At the initial stage, the combination of a representative of a traumatic brain sports, a person with zero charisma and an ultra-nationalist seemed ideal.
And this part went flawlessly: the prohibition of the Russian language was spoken about in time, the portraits of S. Bandera were promptly delivered, the special groups of the FSB all over Ukraine worked together for the ex-offers, capturing administrative buildings and knocking down monuments to Lenin. Alas, it was not without the usual for our security officials of the excesses - in some places on the sly, they wrung out the business. But this can be considered a bonus for good work.

The agent “Yulia” worked almost flawlessly (except for a puncture with crutches with heels-heels, otherwise it was filigree work), including her phone leaks. At the request of domestic confectionery manufacturers, Poroshenko’s candidate was referenced by the idea of ​​blocking Russian sweets, which guarantees in the future full extrusion of his products from the Russian market. Our agents in the EU and in the IMF also worked very well, clearly showing the difference between the promises of the Maidan and the post-Maid reality.

The check of the combat readiness of the armed forces of Ukraine and its mobilization resources was promptly organized. Paid all due to the collection of public funds for the needs of the army. Of them are preparing new protracted Maidan for all occasions. All work on site is successfully coordinated by Darth Vader.

The immediate tasks are obvious: in no case should Ukraine be turned off from the “European choice”. As with European prices for goods and services. To achieve a multiple increase in expenditures on armaments and sell them themselves through intermediaries. Constantly maintain the morale of the population expecting an immediate war with Russia, so as not to be distracted by restoring order.

Provide an endless stream of promises of NATO support from the air, the IMF from the TV and Slovakia from the gas pipe. Train to guarantee the membership of Ukraine in the EU, the G8, the UN Security Council and the League of Sexual Reforms in the current century. And, of course, to do everything possible at all costs so that the current composition of the ruling politicians in no way changed. For the preparation and introduction of new figures of the same class of destructiveness will require almost unaffordable for the Russian budget efforts and funds.

Ctrl Enter
Noticed oshЫbku Highlight text and press. Ctrl + Enter
We are
From the destruction of the KGB need to learn a few important lessons.Comrades in arms
Military Reviewin Yandex News
Military Reviewin Google News
103 comments
Information
Dear reader, to leave comments on the publication, you must sign in.