Russia without the friendly assistance of NATO. As it will be 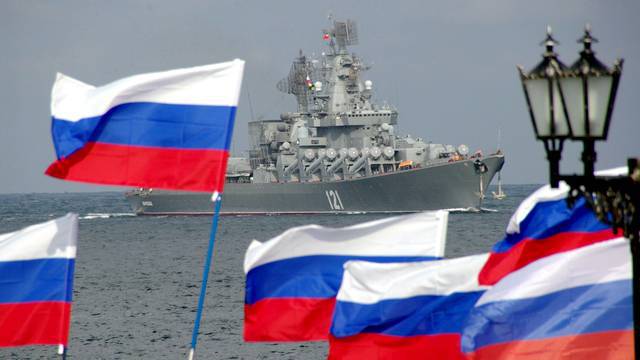 NATO suspends cooperation with Russia and will help Ukraine. She asked for help. The new Ukrainian government, which is confident that the invasion of Russia will begin from day to day. In addition, Kiev does not leave an obsession to become a full member of the coalition. However, the chances that the alliance from the current NATO + 1 format will become NATO + Ukraine is, of course, not enough.

NATO is no longer friends with Russia

The Alliance announced the suspension of "the entire complex of military and civilian practical cooperation with Russia." It is so menacingly said in the final statement of the NATO Council, which appeared on the official website of NATO on the "landmark" day for Russian citizens - April 1. True, in the same paragraph, the clause is immediately given that holding meetings of the Russia-NATO Council at the ambassadorial level and above will continue.

Deputy Prime Minister Dmitry Rogozin, the past representative of Russia to the alliance, commented on one of the first severe sanctions. “NATO decided to freeze cooperation with Russia until June. Moreover, 1 reported this on April. Last time (in the 2008 year - approx. Ed.) They froze for three months and thawed out by December. What can I say: the cold war, that's cold. ”

From the same document, by the way, it follows that Russia has rudely undermined trust, on which "our cooperation must be based," and in fact, has already crossed out 20 years of work in the direction of "earn NATO confidence."

By the way, 1 April, NATO celebrates the anniversary of the expansion.

Ukraine asks for an alliance

While the “civilized world” and Russia are thinking for Kiev about possible ways out of the crisis, while Russia time and again specifies that it did not invade and does not intend to invade the territory of Ukraine, she, referring to the threat to Russia, is trying to become a member of NATO.

Arriving on Tuesday at the headquarters of the organization, and. Ukrainian Foreign Minister Andrei Deschitsa asked for "establishing closer cooperation between Kiev and the alliance." It is not by chance that on the day when Deschitsa was in Brussels, at the request of the Pentagon, General Philip Breedlove, the commander of NATO forces in Europe, also flew to the Belgian capital at the request of the Pentagon. Thus, there is no doubt that after the 25 of May - the day of the Ukrainian elections - the new government “Square” will even more closely become friends with NATO.

If you read into the election programs, almost all candidates have this item. For Yulia Tymoshenko, Kiev’s joining the alliance is a priority. Petro Poroshenko also does not deny a rapprochement with the alliance. According to sociologists, the Party of Regions, only outsiders oppose the bloc’s participation in the management of Ukraine.

NATO Secretary General Anders Fogh Rasmussen himself, hosting Deschitsu, hospitably noted: “Russia's actions will not affect our open door policy. NATO doors remain open to new members. And the decision on admission to the alliance is made by the members of the bloc "without the intervention of third parties."

However, the informal leaders of the alliance, like the same Germany, do not see Ukraine in the coalition. This was directly stated by the Minister of Foreign Affairs of Germany Frank-Walter Steinmeier. "I do not see any paths that could lead Ukraine to NATO membership," he stressed.

Earlier, US President Barack Obama said that NATO will not expand at the expense of Ukraine and Georgia.

Only the recognition of the neutral status of Ukraine by NATO can save the country from the crisis, summarized Russia's permanent representative to NATO Alexander Grushko:

“Responsibility for the situation in Ukraine largely lies with Western countries, which violated one of the fundamental principles of the Helsinki Final Act and carried out a gross intervention in the internal affairs of Ukraine, effectively putting the country on a break. The topic of Ukraine’s membership in NATO, about which we have repeatedly warned our colleagues in the Russia-NATO Council, is shaking the situation. The responsibility lies with the countries of the West, and it is they who should start substantive work with the so-called interim government of this country. ”

Earlier this week, the NATO Secretary General warned menacingly about the imminent deployment of troops in Eastern European and Baltic countries bordering Russia: aerial surveillance in Poland and Romania would be strengthened (airplanes were already stationed there), in addition, the presence in the Black Sea region would be strengthened. By 15, the alliance promises to announce a plan to strengthen the defense of its Eastern European allies.

On Tuesday and in the airspace of the Baltic countries, training flights of NATO air forces began, in which military aircraft of the USA and Sweden will take part.

The Americans also requested permission from Romania to increase the number of US military personnel from 1 thousand to 1,5 thousand at an air base stationed in Constance on the Black Sea. Poland, in turn, demands to “send” more NATO military to its territory. However, the director of the Center for Socio-Political Studies, Vladimir Yevseyev, doubts that the United States will begin to really send troops to the borders with Russia, since a significant grouping of NATO troops is in Afghanistan, and therefore the alliance is weakened today.

"Theoretically, the United States can relocate a military base closer to Russia, for example, from Germany, but relocation will require the investment of very significant funds, which again, the Americans will not go," - he told RBC.

However, the North Atlantic Alliance does not even think seriously about the war with Russia, knowing full well the insanity of such a venture. The only meaning of the current actions of the block is to play with muscles and show where the money goes.

All these NATO statements are designed for the internal user, that is, for the population of their states, so that they know: the leadership is taking measures against a "dangerous and terrible" Russia, said in an interview with "However" reserve lieutenant colonel, candidate of political sciences, expert of the Center for Military Political Scientists Alexander Perendzhiev.

- We give the airspace of NATO aircraft for the transportation of goods to the military in Afghanistan. They buy everything from us for the needs of their army in the region. Plus, we now have close cooperation with individual NATO countries, and it cannot be stopped in a second. An agreement was signed with Poland on the interaction of border parts - we have an agreement on joint prevention of emergency situations. And there are many such programs.

Regarding Ukraine’s membership in NATO ... In its current form, it will not join the alliance. I admit that its western part may enter the block, but the eastern part will be in another place, maybe in the CSTO. And the military instructors who were sent to the Ukrainians, I think, are not going to act against Russia, but will bring order to Ukraine itself and disarm the gangs that operate in the country. The approach of NATO troops to our borders, of course, causes some concern, but now the Crimea has become ours, we are already on a horse.

The fact that there are no reasons for a special panic because of NATO said Victor Murakhovsky, a reserve colonel, military specialist, and chief editor of Arsenal magazine, in an interview with “However”:

- We are bordering on Norway, on Poland ... For us, for five years now, this is a familiar situation. Such a neighborhood is taken into account in the defense plan of the General Staff, which was approved by the president. Now the plan will be updated in connection with the entry of the territory of Crimea and Sevastopol, changes in the conditions of basing, as well as taking into account the measures that NATO plans in those countries with which we border. But there are no objective threats.

All the same, smart people are sitting in the NATO leadership, and they understand that any military presence on the territory of Ukraine from NATO will cause a catastrophe, first of all for themselves. Therefore, they immediately stated that there was no talk of any military assistance to Ukraine, and even more so the presence of it. Categorically. They understand that the consequences will be grave. Therefore, everything goes within the framework of the Partnership for Peace program, Ukraine has been participating in it for a long time, and they have been holding joint events for a dozen years. And such cooperation will continue. In addition, Ukraine will be supplied with non-military equipment: communication systems, cars, dry rations, and possibly uniforms. We have seen what the arrival of NATO instructors led to on the example of Georgia. There were both American instructors and Israeli ones. The whole world saw the results. Now NATO refers to such caution. And I think the instructors who went to Kiev will not teach tactics, control, and possession of military equipment.

As for the suspension of cooperation between NATO and Russia, this “threatens” us with the cessation of joint exercises. Usually the fleet in such participated in the Baltic, on the Black Sea. For example, a visit to delegations from other countries of our educational institutions will cease, the exchange of students, cadets. But in general, this suspension of cooperation will not affect the activities of our armed forces.

Ctrl Enter
Noticed oshЫbku Highlight text and press. Ctrl + Enter
We are
A great interview with Sergey Lavrov: about Ukraine, Obama and IranWhat you didn't want to know about England
Military Reviewin Yandex News
Military Reviewin Google News
168 comments
Information
Dear reader, to leave comments on the publication, you must sign in.