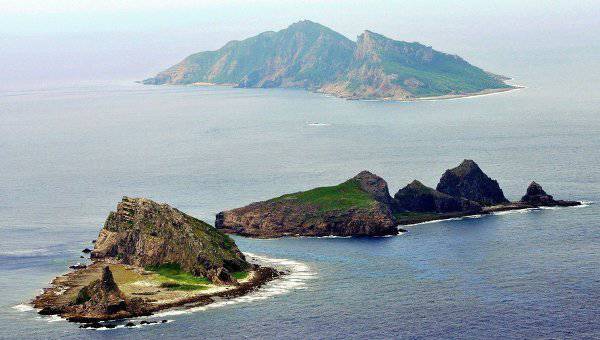 The recent aggravation of the territorial disputes between China and Vietnam in the South China Sea and with Japan in the East China Sea, as well as Japan and South Korea in the Sea of ​​Japan led to shifts in the cultural and ideological sphere of these four countries.

Without ideology and propaganda, not a single war was waged in the world; and after it ends, parties to a conflict usually state its interpretation in textbooks on storiesdesigned to direct the younger generation to the “right” direction of the ideologues, depending on the circumstances. With the folding of new political conditions, another ideological shift takes place, which is immediately reflected in a fresh batch of revised school textbooks. This time, the next generation's worldview was taken up with the same intensity in China, Japan, South Korea and Vietnam.

The first initiative to revise school textbooks was announced by Japan in December 2013, tired of fighting for islands with Russia, South Korea and China. Education Minister Hakubun Simomura then stated that “the main problem in education in the country is low self-esteem among young people” and cited data from an international survey of high school students, which resulted in 84% of Japanese schoolchildren responding positively to the question “Do you sometimes feel worthless?” , having twice surpassed China and South Korea by this indicator. In order to raise the self-esteem of Japanese youth, in January 2014, the textbooks on the history of Japan shifted the emphasis from "war crimes" of the 20th century to "patriotism" and key issues of "paramount importance", namely territorial disputes with its closest neighbors - Russia, China and South Korea At the same time, the pages of textbooks declared "national treasure" and "primordially Japanese territories" of Senkaku Island (in the PRC - Diaoyu) and Takeshima Islands (in South Korea - Dokdo), which added to the list of "original Japanese islands" in the textbooks the southern part of the Russian Kuriles - Shikotan, Iturup, Kunashir and Habomai.

Seoul and Beijing immediately expressed their sharp resentment about this. However, they did it not for the first time: as early as 2001, they condemned the new edition of Japanese textbooks, where comments were added that the number of victims of the Nanking Massacre 1937 of the year, committed by the Japanese military, "can be greatly exaggerated by the Chinese side", but about the atrocities the Japanese military in South Korea was completely silent. (By the way, the 2014 textbooks do not contain these and other facts at all).

The idea to diminish the significance of the Nanking massacre was expressed by Taiwan in 2007 in its textbooks and also received harsh criticism from China.

In response to their disgruntled neighbors, Japanese Prime Minister Shinzo Abe 26 December 2013 of the year visited the Yasukuni temple, where war criminals convicted by an international tribunal are buried, who are revered in Japan as heroes. Before him, this 6 temple was once visited by Prime Minister Junichiro Koizumi since he came to power in 2001 (for the first time in two decades). Seoul and Beijing especially remember his last visit to the 15 temple in August 2006: this date in China, South Korea and several other East Asian countries that survived Japanese aggression in the first half of the twentieth century is celebrated as the day of the defeat of Japan and the end of the Japanese occupation. The governments of these states have warned D. Koizumi more than once that his visit to the temple on that day would mean Tokyo’s desire to revive Japanese militarism, as well as cause doubts about the sincerity of the apologies brought earlier for war crimes.

This time, a month after visiting the Yasukuni temple, at the end of January 2014, S. Abe received a “decent” response: “Tokyo had to express an official protest to China and South Korea over the opening of a memorial in the Chinese town of Harbin who shot the first Japanese governor of Korea in 1909, ”

Meanwhile, C. Abe’s desire to change his approach to history is personal: his grandfather, Nobusuke Kisi, who served as industry minister during the Second World War, was arrested after surrendering Japan on suspicion of war crimes, but was not convicted and later became the prime minister. Minister of the country.

Echoing the Japanese, in January 2014, South Korean President Pak Ken-hye also set about correcting school books for personal reasons. The desire to remove not only the mention of "Korean women for Japanese delight", but also diminish the facts of Korean collaboration with the Japanese occupiers, based on the fact that her own father, Pak Chon Hee, served in the Imperial Army of Japan, and during his years in power ( 1962-1979) maintained cooperation with Tokyo.

However, blaming the changes in the school textbooks of its neighbors, Beijing is cunningly a bit: after all, Chinese history textbooks make no mention of China’s aggression against India 1963 of the year or the invasion of Vietnam in 1979. This is done in order to "not make the younger generation feel guilty and bear the burden of responsibility for the mistakes of the past."

In turn, Vietnam, another state challenging a number of islands in the South China Sea with China, also took up a review of its history. In mid-February 2014, one of the respected Vietnamese professors proposed to finally bring the defensive war against the Chinese aggression 1979, into the school curriculum. “After all, this historic event is no less significant than the defensive wars against France or the United States,” Professor Le Mau Khan argued. “Modern youth should feel the national pride that helped the Vietnamese defend their sovereignty,” he added.

It was after the end of the 1979 conflict of the year Vietnam was left without several islands of the Spratly archipelago in the South China Sea, which China wants to get today entirely.

However, would the fortified spirit of the next generation of Vietnamese, Chinese, Korean and Japanese brought up by the ideology of new history textbooks make the apologies of their ancestors for the crimes of the war forget and look for new ways to “restore historical justice” in the battle for the sea?

Ctrl Enter
Noticed oshЫbku Highlight text and press. Ctrl + Enter
We are
How history is rewritten in school textbooks of the peoples of the former USSRSay a word about poor Japanese
Military Reviewin Yandex News
Military Reviewin Google News
12 comments
Information
Dear reader, to leave comments on the publication, you must sign in.