Tank from the swamp 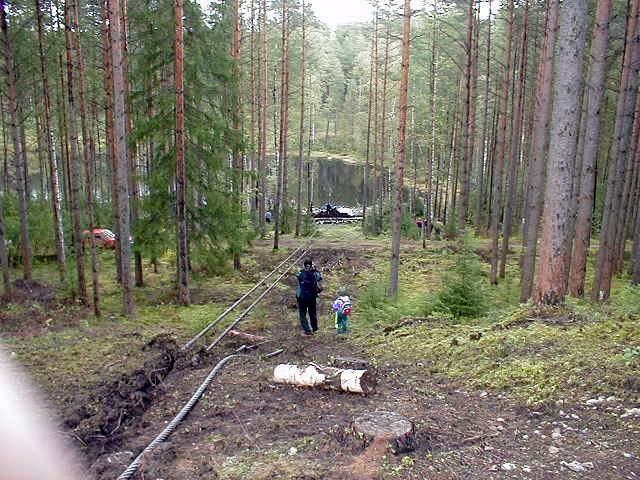 The Komatsu D375A-2 bulldozer pulled an abandoned tank from its tomb in a swamp near Johvi, in Estonia. Created in the Soviet Union, the T34 / 76A tank rested at the bottom of the lake for years 56. Specifications: weight - 27 tons, maximum speed - 53 km / h. 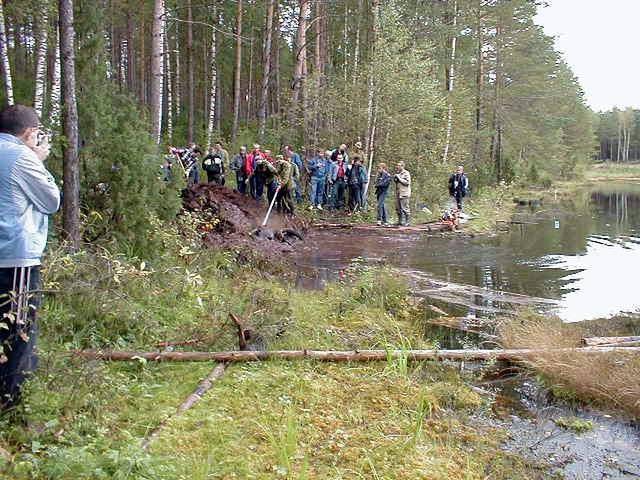 From February to September 1944 were heavy fighting on a narrow (50 km wide) Narva (Narva) front in the north-eastern part of Estonia. About 100,000 people were killed and 300,000 were injured. During the fighting in the summer 1944go, the tank was captured by the German army. (For this reason, the tank was German markings). September 19 1944, the Germans began to retreat along the Narva front line. There is a suspicion that the tank was intentionally thrown into the lake to hide it when the kidnappers left the area. 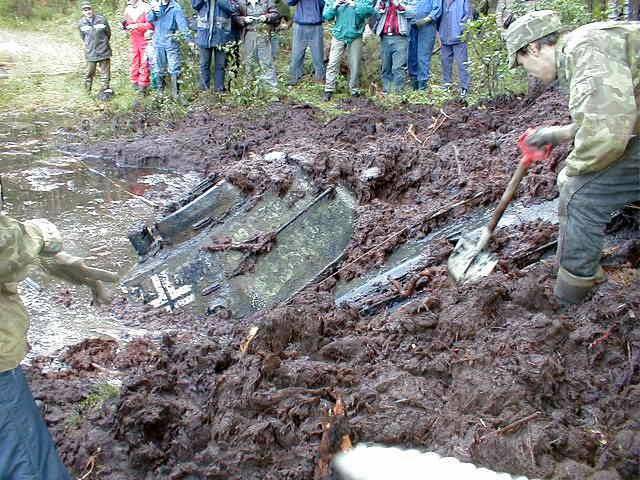 At this time, the local boy Kurtna Matasjarv, walking along the shore of the lake, noticed traces of tank tracks leading to the lake, but never going outside. During the 2 months, he watched pop-up air bubbles. Based on this, he decided that an armored vehicle was at the bottom. A few years ago he told this history head of the military history club "Otsing". Together with his clubmates, Igor Shedunov (Igor Shedunov), about a year ago founded a diving expedition to the bottom of the lake. At a depth of 7 meters, they found a tank under the 3 meters of peat. 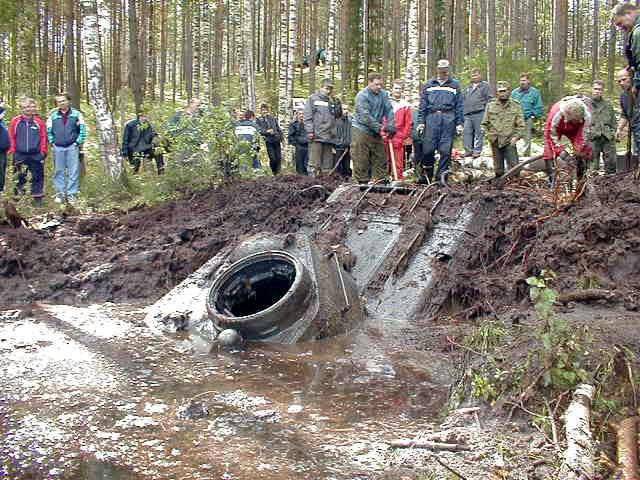 Enthusiasts from the club, under the leadership of Shedunova, decided to pull the tank. In September, they turned to Alexander Borovkovte (Aleksander Borovkovthe), manager of AS Eesti Polevkivi in ​​Narva (Narva), regarding the lease of their bulldozer Komatsu D2000A-375. (This bulldozer was a 2 of the year of manufacture, and 1995 had been working for hours, without major repairs). 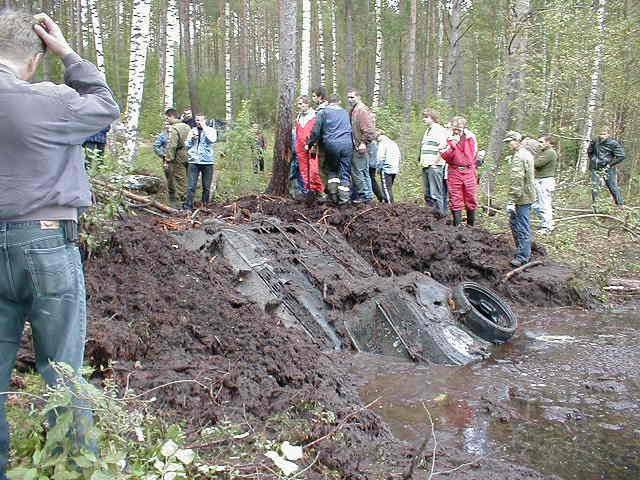 The operation to remove the tank began at 9 hours and continued until 15 hours, taking into account several technical interruptions. The weight of the tank, combined with the angle of inclination of the shore, required considerable effort. D375A-2 bulldozer cranked everything with force and style. The curb weight of the tank was on the order of 30 tons, so the force required to extract it was appropriate. The main requirement for the 68 tonne bulldozer was to have enough of its own weight to prevent the tank from slipping back into the mountain. 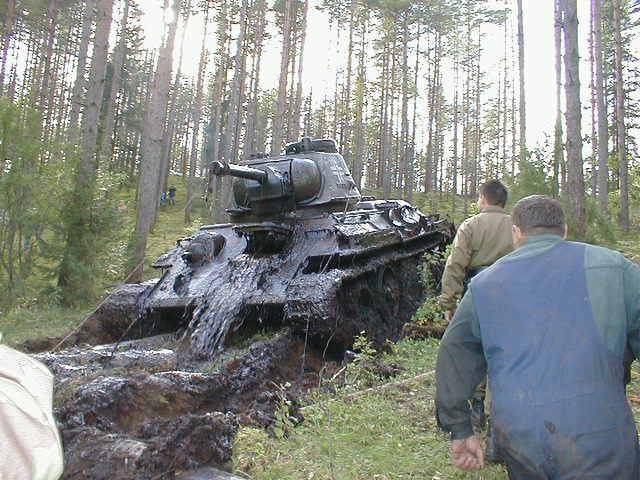 After removing the tank to the surface, it turned out that it was one of the “captured tanks” captured by German troops during the Battle of the Blue Mountains (Sinimaed), 6 weeks before it was sank. A total of 116 shells were found on board the tank. It is noteworthy that the tank was in good condition, without rust, and all systems (except for the engine) were in working condition. This is a very rare car, given that she had to fight for both, Russian and German, sides. In the future, it is planned to fully restore the tank. He will be exhibited in the museum of military history in the village of Gorodenko, on the left bank of the Narv River (Narv). 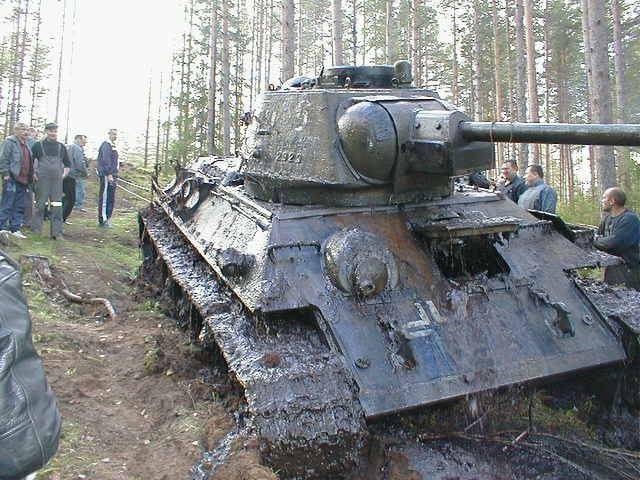 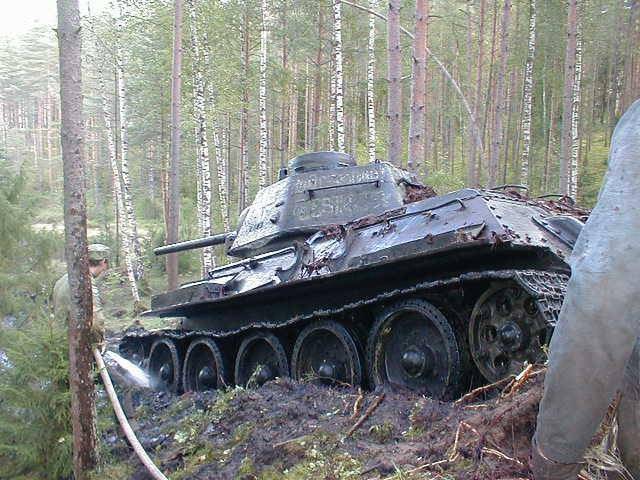 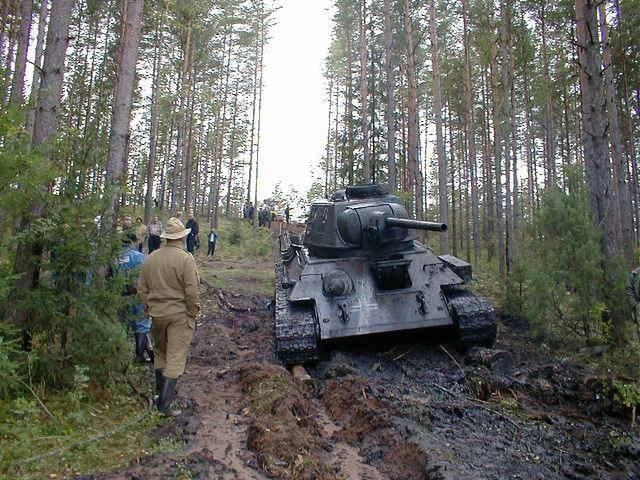