Nothing takes it: Five attempts on Hitler 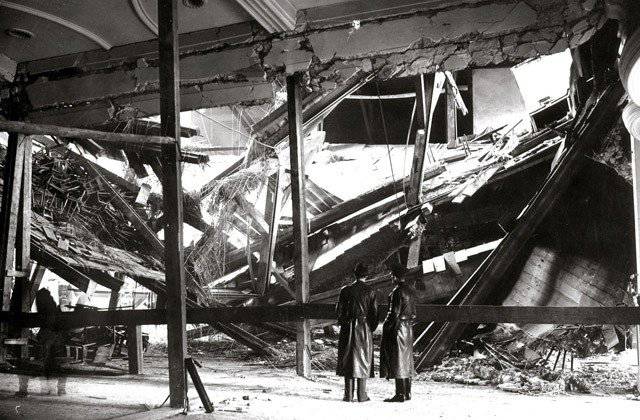 Former members of the same party, students, the military - who could not kill the German Fuhrer

21 March 1943, the next unsuccessful attempt on the German Reich Chancellor Adolf Hitler took place. The Fuhrer left the exhibition of Russian trophy equipment before the mines prepared for him could explode. Throughout Hitler’s whole life, according to various sources, from 20 to 50, assassinations were committed against him, and many of them failed not because of the guard’s watchfulness, but by a fortunate coincidence for the dictator. "Russian Planet" has already written about the most famous attempt to kill the Fuhrer, which was undertaken on July 20, 1944, in his "Wolf's Lair" bet, and now talks about some others.

Former NSDAP member Otto Strasser created his own movement in 1931 - the Combat Union of Revolutionary National Socialists, which criticized Adolf Hitler and Reich Interior Minister Heinrich Himmler, was dissatisfied with too liberal an economic course and delayed “true socialists”. Immediately after the Führer came to power in 1933, the Black Front (another name for the Battle Union) was banned, some of its members were sent to concentration camps, and Strasser fled to Czechoslovakia. In "The Night of the Long Knives" 30 on June 1934, when the massacre took place over the left wing of the Nazi Party, his elder brother, Gregor Strasser, was killed.

In 1936, the younger Strasser persuaded a German Jewish student, Helmut Hirsch, who lives in Prague, to return to Germany and kill someone from the leadership. Thirsting for revenge for the persecution of the Jews, Hirsch, in addition to Hitler, was going to finish off the chief editor of the anti-Semitic newspaper Stürmer, Julius Streicher. It was planned to arrange an explosion during the next NSDAP convention in Nuremberg.

Hirsch arrived in his native Stuttgart 20 December, three days before the meeting with a supporter of Strasser, who took over the manufacture of the bomb. The student did not know that he and the explosives had already been arrested at the German-Polish border, and during the interrogation of the Gestapo the detainee confessed everything and surrendered the name of the contractor. An inexperienced Jew used his real name in a hotel application for guests, and he was very quickly found. 8 March 1937, Hirsch was sentenced to death by decapitation. The sentence was carried out on July 4 in Pletzensee prison in Berlin. 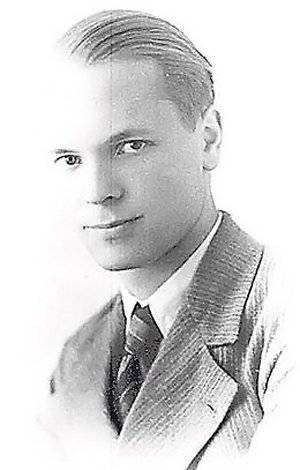 Persistent but unsuccessful in his quest to kill Hitler was a student theologian from Lausanne, Maurice Bavaux. He was not a member of any organization and thought through the scheme of attempt on his own, which clearly did not play into his hands. The first time a student decided to deal with the Fuhrer 9 November 1938 of the year during the celebration of the fifteenth anniversary of the "Beer Putsch" in Munich. He went to Germany secretly from his family, having previously stolen francs from the 600 house, for which he bought a gun. Having no idea about the shooting, Bavo introduced himself as a journalist in order to receive an invitation to the platform for viewers ten meters from the place where Hitler was supposed to go. The dictator used to get out of the car and walk at the head of the column towards the podium. However, when the moment crucial for the shooter arrived, supporters of the Fuhrer threw up their hands in greeting and blocked his target. Climbing through the police barriers to the place of the speech of the Reich Chancellor Bavo also failed.

The next day, the student tried to get into the residence of Hitler in Obersalzberg. At the entrance, Bavo said that he should give the Führer a letter, but they did not let him inside. A student without money tried to leave for Paris without a ticket, but was detained on the train. During the search, he was found a pistol and a fake letter of recommendation to the Reich Chancellor. During the interrogation, the young man confessed his plans and said that Hitler was a threat to Switzerland and all of humanity. After the 30 months of the camps and prisons, Bavaux was executed on the 14 guillotine on May 1941. 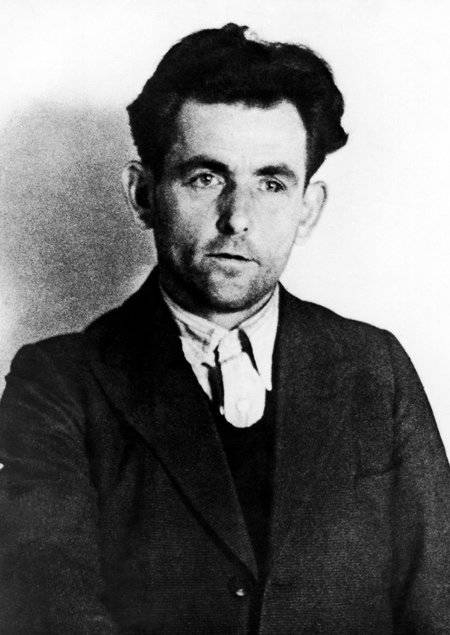 On the day when the “ridges” prevented Bavo from shooting Hitler, the German communist joiner Johann Georg Elzer was waiting for the end of the holiday. When everyone dispersed and the security guard from the Beergerbroekeller beer hall was removed, he was able to calmly inspect the premises and choose a place to install a bomb. Hitler annually addressed the veterans of the National Socialist Workers Party with a speech in honor of the anniversary of the “Beer Putsch”, so the communist could be sure that the Führer would be there just after 365 days.

In the summer of 1939, Elser rented an apartment in Munich and began to prepare for the assassination attempt. Coming to Bürgerbroykeller, he hid in a broomstick closet so that after closing the establishment he would be able to prepare for the explosion. In order to make a hole in the column, next to which Hitler’s tribune was usually located, and insert an improvised explosive device into it, Elzer had a month to go. 8 November 1939 of the year he connected the watch fuses to the bomb.

The Fuhrer was saved by a sudden departure from the usual schedule: Hitler usually started broadcasting on 20: 30 and ended up on 22: 00, so a terrorist carpenter installed a detonator on 21: 20. But this time, the Fuhrer had more important things to do, since he recently attacked Poland. He began his speech half an hour earlier and spoke for just an hour. When the explosion occurred, Hitler was no longer in the hall.

Together with the column collapsed the roof of a beer, having filled up the stands with wreckage. 8 people died, 63 injured. Elzer was detained at the border with Switzerland and identified as the organizer of the explosion by knees swollen from many days of work. He was sent to the Dachau concentration camp. 9 April 1945 carpenter was executed by order of Hitler as a “special prisoner”. And the Führer, preserved by fate, became even more powerful in the eyes of his supporters. 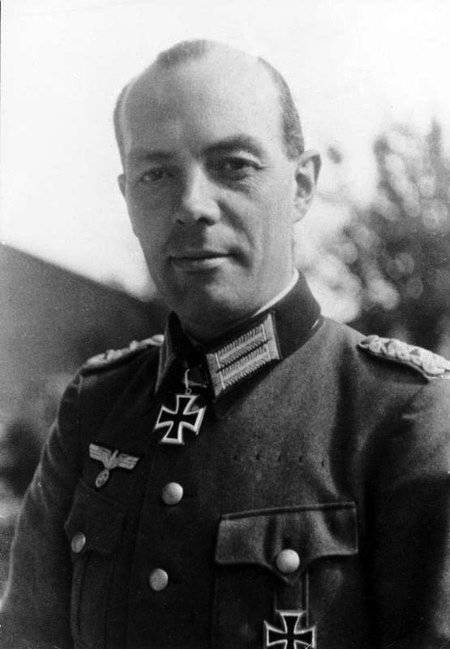 On the eve of the commemoration of the fallen heroes in Berlin, Colonel Rudolf Christoph von Gersdorf, head of reconnaissance of Army Group Center, met one of the leaders of the military conspiracy, Fabian von Schlabrendorf, from whom he had taken two mines. Their fuses were set for ten minutes, however, due to the low temperature in the room of Zeighaus, where the exhibition was held, the time before the explosion increased to 15 — 20 minutes.

21 March 1943, Hitler was to come accompanied by Himmler, Reich Marshal Hermann Goering and Chief of Staff of the High Command Wilhelm Keitel’s armed forces. Thus, in addition to being able to get close enough to the Führer, the event gave Gersdorf a chance at the same time to end his closest entourage. Time mines Colonel intended to carry in the pockets of his overcoat.

According to the program of the ceremony, after the solemn speech, Hitler was going to devote half an hour to acquaintance with the Russian trophy equipment exhibited in the glazed courtyard of Zeighaus. However, at the last moment it turned out that there were changes in the schedule and the Reich Chancellor would spend from eight to ten minutes to inspect the exhibits. Since more time was needed for the explosion of mines, the implementation of the plan was impossible.

11 March 1944 The attempt to kill Hitler was made by the orderly General Field Marshal Ernst Bush Eberhard von Breitenbuch, conspired by Colonel Henning von Treskov, who led the group of the military who, with 1941, was trying to end the Fuhrer. Breitenbuch accompanied Bush to a general meeting at Hitler’s headquarters in Berchtesgaden. When the orderly informed Treskov of his plans, he offered him explosives, but Breitenbuch stated that he was a great shooter and it would take him only a few seconds to reach for a gun and shoot Hitler in the head. He did not doubt the success of his idea, and at the same time he understood that after its execution, the SS men could shoot him.

On the day of the meeting, Bush and his assistant, along with the rest of the military, were waiting for him to start in front. When the SS Major opened the door to the conference room, the meeting began to enter it in the order of the hierarchy of ranks. Breitenbuch, as the youngest in rank, was the last in line. The SS man stopped the orderly and told him that the assistants to senior officers were forbidden to enter the meeting. Bush tried to insist that he needed the presence of his subordinate, but the major was adamant and said that such was Hitler’s personal decision.

Left alone in the front, Breitenbuch spent several disturbing hours. He decided that someone had warned the Führer about the attempted assassination, so every time an SS guard passed by the orderly, he prepared for the worst. Around noon, the meeting ended, and Breitenbuch cautiously walked out with his boss outside, all the while looking around waiting for his arrest.

The conspirator never knew the reason why he was not allowed to meet at the headquarters. It seems that Hitler's amazing luck is the only explanation.

Ctrl Enter
Noticed oshЫbku Highlight text and press. Ctrl + Enter
We are
What is National-Bolshevism in Germany 1920-30'sThe most famous attempt on Adolf Hitler
Military Reviewin Yandex News
Military Reviewin Google News
13 comments
Information
Dear reader, to leave comments on the publication, you must sign in.