Military personnel: how "bad" is now in Crimea without Ukraine 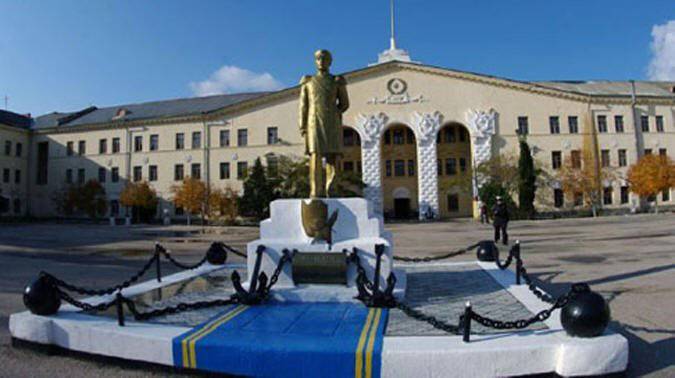 How bad is now in the Crimea without Ukraine ...

Today a comrade who is in the “Russian occupation” in the Crimea, a cadet of the Academy named after Nakhimov. I pass on the relay. Let them know how bad it is now in the Crimea without Ukraine!

"In the morning, we went to our canteen and ofigeli! .. White tablecloths, napkins on the tables ... tables piled high FOOD (like Swedish): casseroles, pies, all sorts of goodies ... Stunned ..." Occupants "said that to feed like that the soldier is the norm. As in a dream ... Previously, we ate gray porridge and worm compotics (we consoled ourselves that we eat natural food).

All cadets were settled in private apartments, paid by the state (Russian Federation) for the period of repair and reconstruction of the barracks of the Academy of Nakhimov. They say that it is impossible to live in such conditions in which we lived. The Academy is full of architects, designers, foremen, builders ... Already planned pools, courts ... RUSSIA - MOTHER, not a stepmother! ..

And those who performed the Ukrainian national anthem for the Ukrainian media today go happy in Russian forms and sing other songs. "

This is how the Muscovites swear mock the Ukrainian cadets! Oatmeal selected and wormy compote! Sealed hulks with casseroles and pies! And in fact there is no hope that Bandera will come, the procedure will be established ... Pichalka Svidomo uropatriot. Even the monument to Nakhimov is crying - where is Trizub, where is the zhovtoblakitny prapor, covered with sea victories?

What has changed in the life of the garrison after it became Russian: the KP correspondent reports from the location of the former 36 brigade of the coastal defense of the Ukrainian naval forces

A week had not passed, as part of Perevalnoye ceased to be Ukrainian, and Russian and St. Andrew’s flags flaunt the gates of the checkpoint of the former brigade. Now here is the formation of a new part in full swing. The garrison brings the territory of the unit in order: take out the garbage, remove all sorts of power plates. And the officers already have a lot of plans for the improvement of the military camp, because all the buildings here are still Soviet, and need serious renovation. What is worth at least a leaky roof of the headquarters of the ex-brigade. In the emergency state of the heating main, plaster has collapsed somewhere, one of the barracks in general 103 turned one of these days, and it is necessary to take care of the school with a kindergarten ... 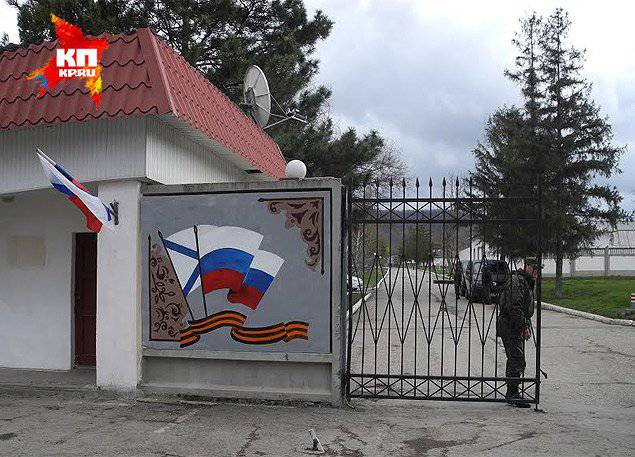 The Russian tricolor already flaunts at the gates of the checkpoint.

During Soviet times, there was a school here that trained military personnel for a number of foreign countries. Once on this parade ground, the cadet Muammar Gaddafi once diligently pulled a sock. Which then was overthrown by another former cadet of the same school - General Muhtem Nagi. And here they shot “9 Company”, those episodes where the unit is preparing to be sent to Afghanistan ... 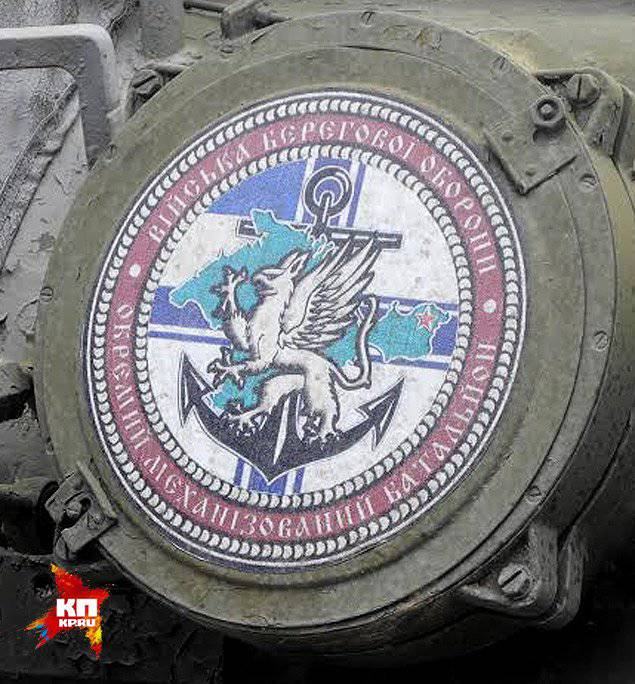 The emblem of the Ukrainian Crimean battalion of armored vehicles on one of tanks.

After the March referendum and raising the tricolor over a part, approximately one in five of the brigade, mostly people from the western regions, decided to leave for Ukraine and serve there. The majority of servicemen intend to continue their service in the Russian army and immediately after receiving the passport they will sign a contract with the Ministry of Defense of the Russian Federation. Downtrodden and humiliated, as the Kiev media report about it every day, they do not look. Everything is the other way around: fun joking with journalists and willingly demonstrate the new Russian “digital” form in which everyone has already changed clothes. 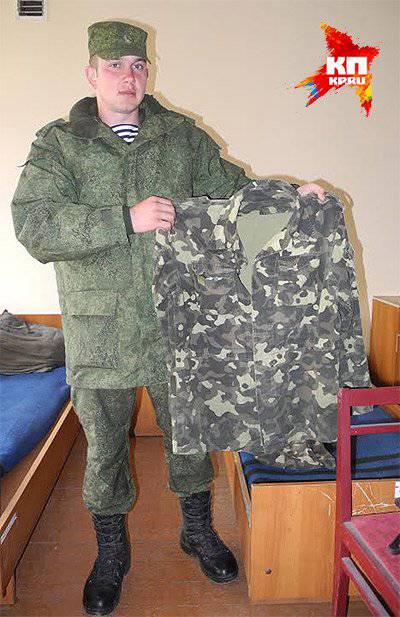 The military, who have expressed their desire to continue service in the Russian army, demonstrate their former form

- Heaven and earth, - compares it with the old clothes mechanic driver Pavel Zimichev. - The quality of the Russian - stronger and more comfortable. In the Ukrainian winter, it was cold, in the summer it was hot, and it wasn’t too much to wear, and the new one “breathes” very well. And the conditions are more human. You see, we finally got the opportunity to realize ourselves as servicemen. 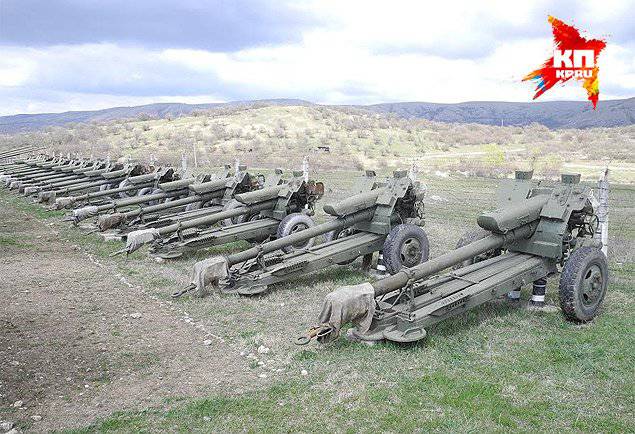 Rows of guns, the shooting of which was last held a long time ago.

In the old dining room - new distribution lines and kitchen equipment. The fighters and officers have already started filling out a book of complaints and suggestions: “Food has finally become food, not waste,” “Thank you, it’s very tasty, just a soldier’s restaurant of some kind!”

“They fed, of course,” he answers. “But only those who stood in the outfit.” The rest of the wife in plastic jars collected food in the morning ... And now there’s some kind of fantasy! They all set their allowances, the guys' eyes widened when they first came for breakfast: pork goulash or pilaf, salads of your choice, smoked sausage, butter, scrambled eggs, gingerbread for tea, coffee, milk ... And then lunch, dinner .. A sanatorium of some kind, we have one for a day fleet was not ... You understand ... We are Russian. And we wanted to serve Russia. But with Ukrainian passports this was unreal ... The point is not in the money, after all, not in uniform, not in food. It's just that everything fell into place now. Now the Russians are truly serving their country. 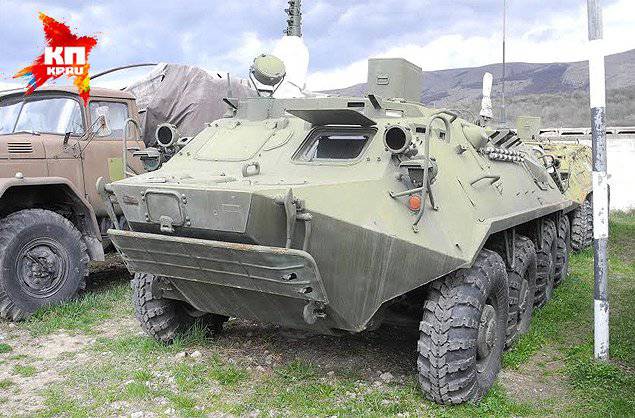 Russia's intentions to return the equipment to Ukraine, once again came across the strange behavior of the Kiev authorities. 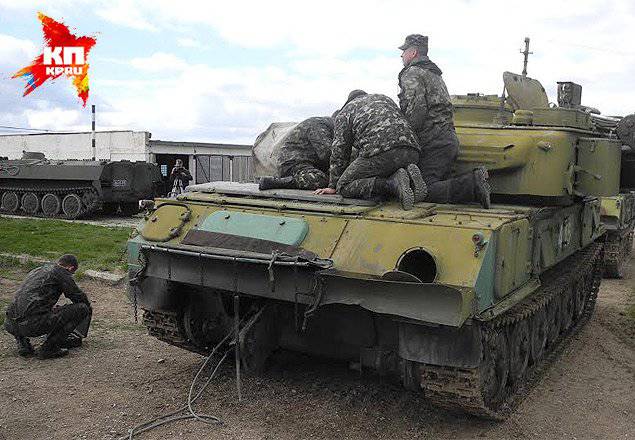 Revive the old technique - not an easy task. Here are the mechanics trying to reanimate the "Shilka".

And in the fleet, in the meantime, work is in full swing, the military are busy with engines of rusty self-propelled Shilka anti-aircraft installations trying to start them: the former Ukrainian equipment, which has long been obsolete and does not fit into the new look of the army, it was decided to return to Ukraine. And for that, she should at least call in on autoplatforms, which will take her to the railway stations in Bakhchisarai and Guards. The BMP-1, BTR-60, T-64 tanks are also being prepared for shipment ... But to revive the old equipment is not an easy task. The last time the engines of the cars were started a few years ago, and they have not seen the landfills for ten years. 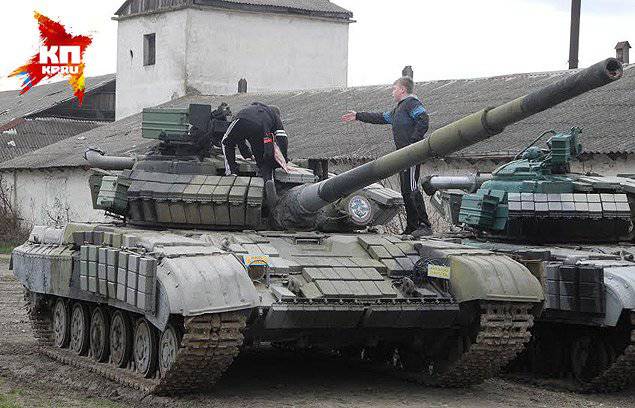 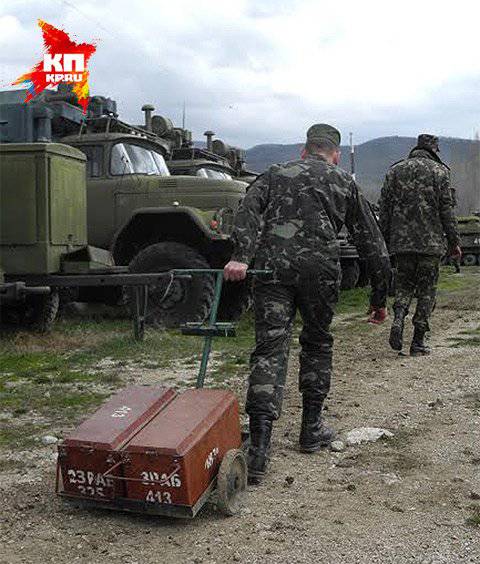 Impressive batteries have to be delivered on a trolley. But their presence does not always help. 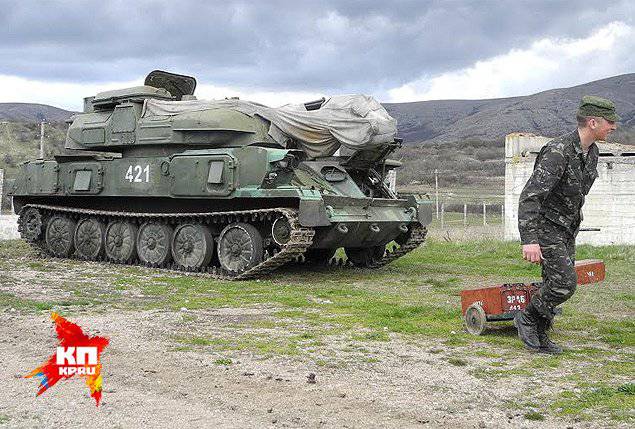 The last time the engines of many cars started a few years ago. 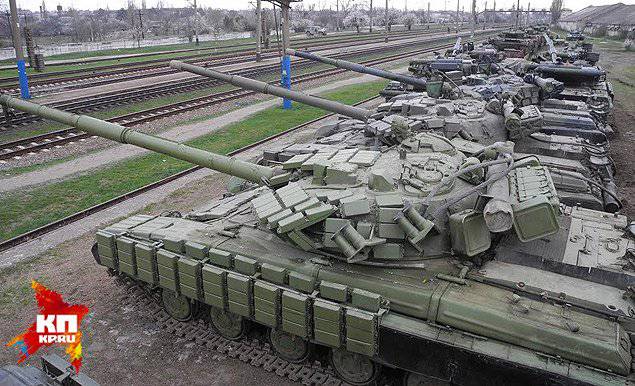 T-64 tanks are ready for the railway journey to the north.

However, the good intentions of Russia to return equipment to Ukraine, once again came across the strange behavior of the Kiev authorities. Those, according to the military commander of the temporary commandant of the railway section of the station and the airport of Simferopol Vladimir Dyachkov, although they are ready to take out the equipment, they have not provided a single cargo railway platform. As well as passenger cars for the export of their own military personnel from the Crimea, who still want to serve Ukraine. It seems that in a fit of revolutionary stupor they were simply forgotten. Once again, a trite betrayer ... 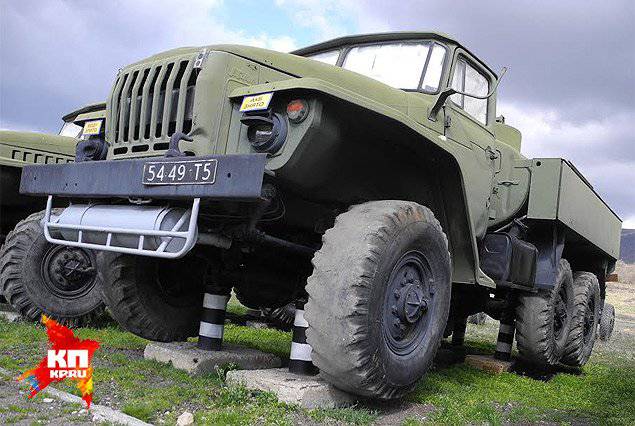 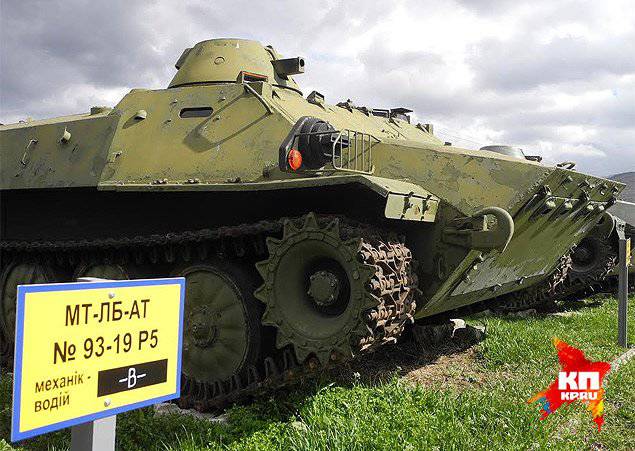 Some samples of Ukrainian armored vehicles will fit more for museums.

Ctrl Enter
Noticed oshЫbku Highlight text and press. Ctrl + Enter
We are
About Stalin and KhrushchevWhat you didn't want to know about England
Military Reviewin Yandex News
Military Reviewin Google News
205 comments
Information
Dear reader, to leave comments on the publication, you must sign in.