Obama is going to squeeze out Gazprom from Europe 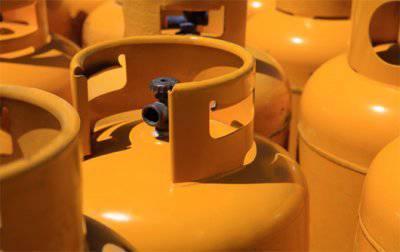 20-21 March in Strasbourg was the next summit of EU member states. The key strategic decisions of the summit are: a promise to help the countries of Eastern Europe come out of energy isolation by 2015; the planned reduction of the EU’s dependence on Russian gas, as Herman van Rompuy said. It is also known that Poland, the Czech Republic, Slovakia and Hungary in Strasbourg appealed to the United States with a general request for deliveries of liquefied natural gas and ousting Gazprom from their markets. Open economy what you want.


The final statement by European Council President H. van Rompuy was this: the EU intends to reduce its dependence on Russian gas. And cut - in the next few years. “We are determined to reduce our energy dependence on Moscow,” said the head of the EU Council.

What Europe will replace Russian gas? American! Shale gas is expected to be imported from the USA.

Also in the press they write that the four Central European states of the EU, namely Poland, the Czech Republic, Slovakia and Hungary, at the March summit asked the US to supply them with liquefied natural gas and oust the Russian Gazprom from their markets. Washington received an official letter from these very central Europeans: "The presence of American gas in Central and Eastern Europe at this critical time for the region will be highly desirable, as well as the decision of the Congress to supply the region with liquefied natural gas."

A few days later BH Obama himself flew to Europe (to Brussels) for a special summit of the EU and the USA.

It turns out that from now on there are no contradictions between Washington and Brussels in raw materials and economic issues in general. In a recent meeting, in addition to Obama, said Van Rompuy and European Commission President Jose Manuel Barroso participated.

With regard to Ukraine, Europe and the United States fully agreed: they supported "the desire of the people of Ukraine for a better life", condemned the entry of the Crimea into Russia and said a lot about stability in the world.

Then B.H. Obama developed the topic of joint sanctions against Russia. According to him, the EU and the United States are already "agreeing on possible sanctions against the Russian Federation, which can be taken in the event Russia moves into the depths of Ukraine." Obama said that "sanctions against the energy sector" of Russia could become part of the planned measures. The European Union does not need to be afraid of the consequences of such measures: Obama will simply fill up the EU with gas, he has this kind of excess.

Americans really are going to deliver liquefied shale gas to Europe. America has so much gas that it has nowhere to go. Here are the words of B.H. Obama: “We understand that the strengthening of sanctions will have a different impact on different countries, including the EU countries. The United States can already supply more gas than Europe requires. We need to agree on the verification of this process, and we intend to do that. ”

In parallel, the United States will "help" Ukraine with the elections, as well as restore its crisis economy.

Obama immediately asserted van Rompuy, ready to make efforts to "stabilize the Ukrainian economy" and "comprehensively support Ukraine." Under the IMF program, Van Rompuy is easily prepared to give Ukraine money. And where did they come from?

As for the upcoming conclusion of the Transatlantic Trade Pact to create a single free trade zone between the EU and the USA, it is the Pact that will facilitate the supply of American gas to Europe. This was stated by Barack Obama, whose activities in the sphere of wiretapping and peeping, as we know, the same EU was previously very unhappy. Now, the EU has found a far more terrible enemy - the Russians, who have lost their gas in the spring. The stories from Snowden were a little forgotten, and the USA again became kind and fluffy. “As soon as we conclude a trade agreement, the process of issuing licenses for the export of liquefied gas to Europe will be greatly facilitated. Obviously, this is in line with today's geopolitical situation, ”B. Obama explained to Europeans.

The Russian press also notes that Mr. Van Rompuy announced the planned meeting of G-7 ministers of economy. The meeting will focus on the issue of Europe’s dependence on Russian energy resources. In addition, a special summit of ministers of the European Union and the United States will be held in early April, and the issue of “energy cooperation between the EU and the US” will also be discussed there (according to J. M. Barroso). The summit will be chaired by US Secretary of State John Kerry and head of European diplomacy Catherine Ashton.

By the way, the same Barroso told how the EU imagines a “drastic” reduction of dependence on Russian gas. The European Union will organize the internal energy market, build pipeline connections between member countries, and also conduct the so-called Southern Gas Corridor from the Caspian (through Turkey).

Probably, brotherly Turkey will once again promise acceptance into the EU to implement this plan. The only question is how long is the Turkish government going to go and make a fool ... Judging by recent frank statements, Ankara finally tired of her uncomfortable role. “You are obsessed with communism. Russia is a civilized country with its own laws ", in February сказал representative of the Turkish Foreign Ministry in the European Union (he is the main negotiator) Mevlüt авavuşoлуlu. Through its mouth, Turkey blamed Europe for inciting a civil war in Ukraine and provocations against Russia.

And another question is what money the gas from Uncle Sam will cost the Europeans. Here are the opinions of experts on the subject of European "shale" plans.

An equal replacement for Russian gas in Europe is unlikely to be found, says Vladimir Feygin, director of the Institute of Energy and Finance, whose words "Voice of Russia": “Europeans all the time say that their economy must be competitive. They finally realized that this is the most important thing. So, from this point of view for the European Union there are not and cannot be seen any cheap sources of energy, including gas. If gas exports from the United States, from Canada will be developed, then, firstly, it will first of all go to Asia, because it’s just cheaper, and secondly, if it goes to Europe, then its price will be all costs (liquefaction of gas, its transportation, etc.) will in no way be lower than the prices that have formed on the European market. ”

About the same said Pravde.ru Alexei Gromov, Director for Energy at the Institute of Energy and Finance: “Europe simply does not have an adequate alternative to Russian natural gas, whatever Mr. Van Rompuy would say at any meeting devoted to this issue. Shale gas will come to Europe no earlier than 2016 of the year if it comes, because today the US is more profitable to supply its gas to the premium market of the Asia-Pacific countries. ... it is not possible for Europe in the coming years to change the situation significantly in favor of Russian gas. Either Europe should openly say that it is starting to save gas drastically and significantly reduce its consumption. Only in this case will Europe be able to buy less Russian gas than it has purchased in recent years. ”

And one more opinion. "In my opinion, the real alternative to Russian energy is a return to the development of nuclear energy in Europe, although this may be negatively perceived by the population," said Pravde.ru co-director of the analytical department "Investkafe" Gregory Birg. - With regard to gas imports from the United States, this will require the construction of additional regasification capacity in Europe, which, together with the cost of transportation, will not make the import of American gas more profitable than Russian. At the same time, political ... arguments may outweigh the decision on this issue. "

To summarize To count on the profitability, cost-effectiveness and reliability of purchasing shale gas from the United States is about the same as believing that the Americans liberated Europe from the German occupiers in the final stages of World War II. Rather, the fruits of the shale revolution at some stage will play into the hands of America itself, and even Asians - the same Chinese. Asians will benefit even if they do not buy cheap gas from the United States. With the continuation of the anti-Russian political bravado by the European Union, Beijing will be able to bargain with its own and Gazprom. And if Moscow is largely reorienting towards the East (if there is nowhere to go, Miller will have to give way to the Chinese, who are clearly not going to pay the “world price” for gas), then Western Europe, and with it Poland, Hungary and others, will know what double-edged sword. As for the Kremlin, it may finally come to mind that gas and oil are not all that it would be necessary for Russia to “grow” ...