Ukrainian media: US intelligence allows for Russian invasion of Ukraine: Strikes are expected at Lugansk, Donetsk and Kharkov 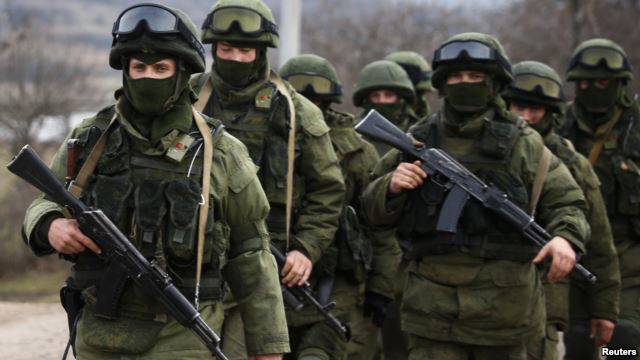 US military intelligence has notified Congress that the likelihood of Russia's military invasion of the territory of eastern Ukraine is higher than it has been thought so far.

US military intelligence came to this conclusion in connection with the "alarming symptoms that have appeared in the last three or four days," reports israelinfo.ru with reference to CNN.

American experts expect strikes on Lugansk, Donetsk and Kharkov, a throw in Transnistria - and do not rule out attempts to seize territories in the Baltic States. General Philip Breedlove, commander of the NATO forces, told the congressmen that the Russian forces concentrated at the borders were sufficient.

According to American intelligence, in the areas of Rostov-on-Don, Kursk and Belgorod there is a grouping of more than 30,000 soldiers, mainly in the composition of motorized units designed for quick throws.

In addition, units located deep in Russian territory are in the state of mobilization readiness.

Ctrl Enter
Noticed oshЫbku Highlight text and press. Ctrl + Enter
We are
The action “Military service under the contract is your choice!” In Rostov-on-Don: future contract servicemen, exhibitions and “Russian Knights”
Military Reviewin Yandex News
Military Reviewin Google News
335 comments
Information
Dear reader, to leave comments on the publication, you must sign in.