An open letter to residents of eastern Ukraine 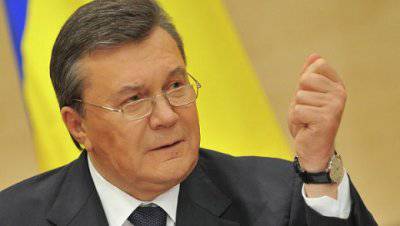 The current president of Ukraine, Viktor Yanukovych, at a regular speech urged residents of the regions to bring to the referendum the question of determining the status of Ukraine.


Let's try to sort it out impartially: what does such a call mean? The issue of referendums in Ukraine became aggravated in February after the "evacuation" of Yanukovich to Russia. Preliminary referendum questions often surfaced in the media, but for the first time the president publicly voiced one of them. But not everything is so simple.

At a press conference in Donetsk, the chairman of the Donetsk Regional Council, Boris Kolesnikov, said: "This is one of the tools to achieve the goal of the federation." In order for Ukraine to become a federal republic within the framework of territorial integrity, you need to get three hundred votes in parliament and make the appropriate amendments to the Constitution. A referendum as a means of expressing the interests of the people is possible, but does not lead to any legal consequences, Kolesnikov said. (Source: http://censor.net.ua/n46433). It is important to end the phrase!

Federalization, in the sense of ordinary people in Eastern Ukraine - those who constitute the active part of the population - has the opportunity to leave the funds earned by the region, so to speak, “for development”. But in reality this is far from the case. In the conditions of total shortage of funds, unfortunately, the one for whom the force will decide, and not the one for whom the truth will be.

With the preservation of the East as part of modern Ukraine, any decision of the people is doomed to failure! I am far from the thought that the self-defense forces of the eastern regions (in fact, representing the people's guards protecting their yard, village, district center) are able to come to Kiev and shake the execution of the referendum decisions from the authorities. The queue for government money has already lined up very long - from a political cripple to a character Lucas. But this is not the end of the Maidan. Get the same Yarosh seat or committee in the legitimate Rada (after the appointed election), as a line of hungry trained fighters will line up after it.

According to Europe, the Right Sector is a shot at two birds with one stone: 1) a pebble in a shoe on the border with Russia; 2) Ryom’s troops are for their own people, but are you yours for them? ..

In no case am I a supporter of the division of Ukraine into a "quilt". For me, it is still not an obvious decision to separate Eastern Ukraine "without Kiev".

What is Eastern Ukraine - the raw material pillow of Europe? A separate and independent state with a strong ally in the east? Territory, what will follow in the footsteps of Crimea? It is up to you. But historical the examples speak for themselves: Ivan IV the Terrible during his long reign signed about 6000 death sentences. On one Bartholomew’s night, by order of Charles IX, 100000 were cut out without any sentences.