China demonstrates its political power to the world 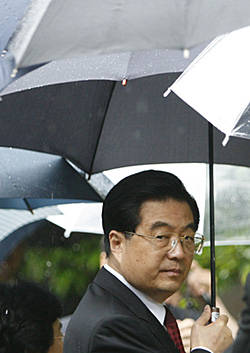 China has shown its increased power to the world twice in a few days. Beijing has accused the United States, in response to its accusations, of human rights violations. Then, he refused offers from Brazil, the Russian Federation, India, and the Republic of South Africa to make the yuan a freely convertible currency, a “reserve currency.”

It all started with the fact that in early April a US State Department report came out, where China was harshly criticized for violating human rights. Such reports in the US come out regularly, but if earlier Beijing protested for interfering in internal affairs and that’s it, now he has released a similar report. April 11 Chinese media published a report of the State Council of the People’s Republic of China "The situation of human rights in the United States in 2010 year."

- that “accusing other states of violating human rights, Washington closes its eyes to the glaring situation in this area in its own country. The US government grossly violates civil and political rights, violates the private life of citizens. ”

- Chinese analysts noted that the special services of the United States constantly violate the rights of ordinary Americans and do not respect their right to privacy. Electronic espionage is conducted behind them, all mail (including electronic one) is scanned, messages, letters are copied and are often withdrawn. On average, up to 20% of US residents suffer from such espionage per year.

- The report noted that the trend towards global control over ordinary Americans, from year to year, is only increasing "from bad to worse."

- it is absolutely rightly noted that all the "democracy" of the States is based on money.

- The gross violations of human rights in Iraq and Afghanistan, which resulted in numerous civilian casualties, are indicated.

This report is a real challenge to Washington, because before that the United States considered itself to be a measure of the state of human rights across the globe. “The Light of Democracy,” according to the Chinese report, is one of the most totalitarian states in stories of humanity. Beijing challenged US dominance in the world, and in a rather sarcastic manner.

China and other BRIC countries

At the April meeting of the BRICS, which was held on the Chinese island of Hainan, Beijing was made an offer to make its monetary unit - hard currency. This would provide an alternative to a wobbling dollar system. But, Beijing refused, the question arises - why? After all, it seems only that Beijing defied Washington, it is possible to deliver a second blow.

Apparently, the answer is that the Chinese elite is very pragmatic. The transition of the yuan to a freely convertible position is currently not beneficial to Beijing. China is currently largely "factory" of the United States, its economic growth is associated with the dollar system. The threat of a “second wave” of crisis is on the agenda; the Chinese elite do not want to risk it, you can wait. By becoming the world's reserve currency, the yuan will be exposed to the risk of an attack by financial speculators.