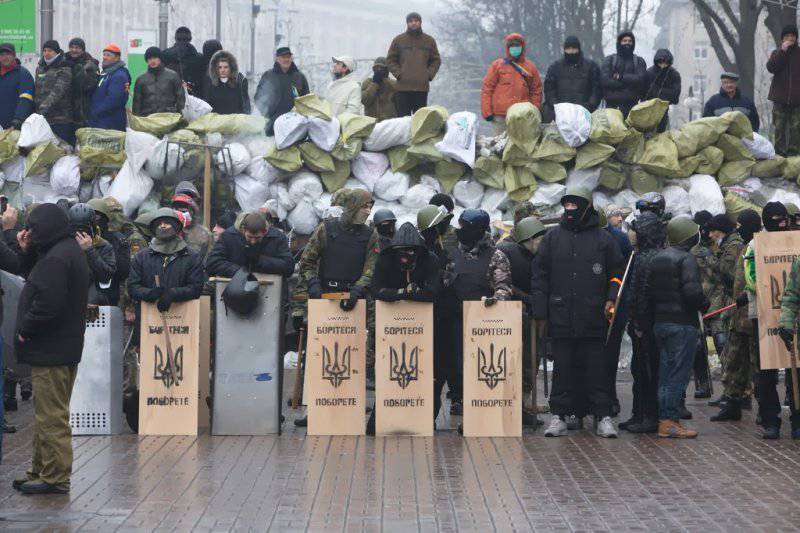 Last night I had a funny incident. I wrote a man with whom we did not communicate for about a year. And he wrote me some amazing things. The fact is that a year ago I knew him as a liberal oppositionist, but rather, even a liberator. With a standard set of stamps "quilted jacket", "potsreot" and "fucking rashka." Our communication with him ended at that moment when, being in a light fucking from the Ribbon VKontakte page, I posted a post on this issue in my group. Like, I don’t read the Ribbon anymore, and all that matters, they are engaged in slandering what is happening in Russia. Post and comments to it can be read here - https://vk.com/wall-41727747_3628. The point is that for this post I was condemned by this comrade - they say, the guys just cool PR their news, and at pocerets (like me) just burns.

At that time, the man was 23 of the year (as I am now), so his political views and beliefs, it seemed to me, were already quite settled. Yes, and he was not a stupid comrade, so I thought that he held his political position reasonably.

So here. This friend wrote to me yesterday. He said that he understood that it was then that outraged me in Lenta. I wrote about the information war against Russia, and so on. I say so, was so surprised by the "transformation" that I even thought that I was a troll or he was joking. But no, he scribbled and scribbled me, telling me that the liberal media create a deliberately negative image of Russia, even in those news that are positive in themselves. And he did not stop at all, like a child who first saw an air show, and in a hurry to share his impressions with friends. I understood that he was speaking quite sincerely. Oh, some gods know how great was the temptation to respond to him in the spirit of "Kiselev bit?" or jokingly name a padded jacket ... Well, in retaliation for the old.

The guy simply realized that he lived in information isolation. I created it myself - without the participation of the bloody State Department or recommendations from the NATO countries. He himself has driven himself into the cesspool of liberal media, bang-bellies, and negative comments. And just a couple of weeks (if not days!) Ago, he looked out of this pit and saw the real world around him. With its full range of advantages and disadvantages. As he himself says, an epiphany came to him while reading the Western press. He suddenly realized that it was only at our place to take refuge in his country. In the civilized West, people usually limit themselves to criticizing the government. Well, then, being a smart man, he independently rebuilt his value system, and did not climb back into the swamp.

By golly, it is strange and funny to see when a person, a year ago, who almost called you a quilted jacket, today refers to the posts of the fritsmorg and his rump. There is a complete sense of surrealism of what is happening. It seems that the person has been replaced, and the sick imagination draws pictures of the towers of the anti-ballistic defense, broadcasting the “Kiselev rays” to the unfortunate population of Russia.

The example of this comrade in my life is not unique. Over the past year, a lot of my friends have greatly changed their views and assessments of what is happening. And, as you understand, the Maidan and, to a lesser extent, the Olympiad became the catalyst for this change of views. These events clearly set the boundary between "their" and "strangers."

Maidan vividly illustrated what could happen to us two years ago. Agree, all these Arab riots and the subsequent chaos were perceived by us haughtily. "Well, take shos from them, from these chocks and monkeys. We will never have such a thing, we are a normal, civilized people with a thousand-year history. "And here it all happened again. The same wild Arabian chaos - only with our neighbors and, in fact, brothers. With Europeans, if you will. Which, it seems, are civilized, unlike the Muslim Brotherhood." But instead of “Allah akbar,” they said “Heroes of glory.” Well, in some cases, “They do not jump - that Moskal.”

The script is the same as in Egypt. At first, the hipster and student student rebelled, "for all good things against all bad," "for a secular state", etc. And it ended with the fact that the Muslim Brotherhood came to power. So here - it all started with lace panties and the EU, and ended with the Right Sector and moskalyaka on Gilyak, burning "Burrkut" and incomprehensible snipers, which have not yet been found. But the most delicious "fruits of the revolution" is still ahead. And the fur animal, in general, just started to claim their rights.

A tidbit broke away from the country, and Russia took it for herself. You can call it anything - reunion, annexation, Anschluss - but for Ukrainians the fact remains. It is very unpleasant. But the Crimea is only the first swallow. Others may follow.

The country is waiting for waves of wage delays, higher tariffs, unemployment and banditry. Perhaps even the food crisis, given the pace of sowing. Of course, according to Khokhlogike, Muscovites will be to blame for everything, but we, from Russia, see real reasons. Which is much more prosaic.

This all happens at our side. And people see how the most sincere and normal desires of people for a better life lead to chaos and hell. As after creative photographers, thugs come out to the square with chains and bats. And both by the heads of those and others, bandits and insignificants burst into power, giving the country to Western financiers and "native" oligarchs for nothing.

Will a normal Russian man "free up paving stones" on Red Square after this? Fight for all the good against all bad for a happy future? Will he believe those who directly or indirectly calls for it and heightens the situation? The question is rhetorical. Almost every Russian person who watches news from Ukraine speaks quietly to himself, "Thank God that this is not happening with us."

History itself shows us what could have happened to us two years ago. The story itself warns us against this, and gives us a vaccination against rabies. For the American and European expense.

The only question is how long the vaccine will last.

Ctrl Enter
Noticed oshЫbku Highlight text and press. Ctrl + Enter
We are
About Stalin and KhrushchevWhat you didn't want to know about England
Military Reviewin Yandex News
Military Reviewin Google News
109 comments
Information
Dear reader, to leave comments on the publication, you must sign in.