The court decided to pay 793,5 million to Oboronservis 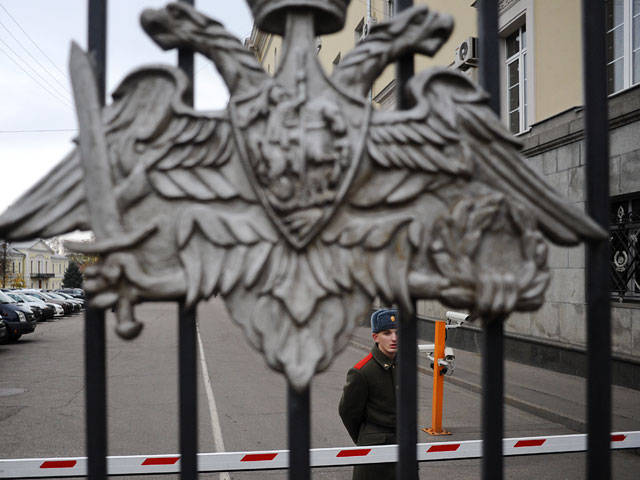 The Moscow Arbitration Court decided to recover 793,5 million rubles of debt in favor of Oboronservis. This amount should be recovered from the construction company OOO Stroyimpuls SMU-1 (St. Petersburg) in favor of the General Directorate of Arrangement of Troops, which is controlled by Oboronservis, (GUOV), reports Interfax.

The representative of the defendant asked the court to refuse the plaintiff in part of the recovery of the penalty and interest in the amount of 239,3 million rubles. The decision on this application has not yet been made. The lawsuit was filed for the recovery of 1,9 billion rubles.

At the preliminary meeting, the court invited Evgeny Sablin, interim manager of the LLC, to participate in the case as a third party, in respect of which the Arbitration Court of St. Petersburg and the Leningrad Region 1 November 2013 of the year introduced a monitoring procedure. As reported with reference to the Kommersant newspaper, OAO Central Arrangement of Arrangement of Forces is trying to return through the courts more than 9 billions of rubles in advance payments transferred to a commercial company and used to buy buildings and land previously owned by the Ministry of Defense.

According to the newspaper, GUOV terminated previously concluded contracts with OOO Stroyimpuls SMU-1, which belonged to Sergey Amelin, a personal friend of the former Defense Minister Anatoly Serdyukov, and was one of the largest contractors of GUOV.

"According to GUOV, from 2010 to 2012 year Stroyimpulsu was transferred advance payments in the amount of 17,2 billion rubles, of which 10,2 billion has not been worked out.

At the same time, according to GUOV, Teorema LLC, also controlled by Mr. Amelin, received from GUOV 2,4 advances of a billion rubles in loans that were used to purchase buildings and land plots that had previously belonged to the Ministry of Defense.

In particular, the newspaper noted, the buildings and the land of OJSC "31-th State Design Institute for Special Construction" (31-th GPISS) were acquired, whose shares have already been returned to the state at the request of the TFR.

As reported by Kommersant, the new GUOV leadership (the old one was dismissed) decided to terminate contracts with Stroyimpulse and appealed to the courts with a demand to collect advance payments. Two claims for 3,275 and 4,122 of a billion rubles were filed with the Moscow Arbitration Court, and another one against 2,483 of a billion rubles against the company “Theorem” - with the Arbitration Court of St. Petersburg and the Leningrad Region. The September 24 court decided to recover Teorema LLC in favor of GUOV 2,468 billion rubles of debt, 15,3 million rubles of penalty, and also 200 thousand rubles of state duty.

In addition, according to the publication, as an interim measure, the GUOV asked the arbitrator to impose arrests on all 15 objects purchased by Theorem in Moscow and the Moscow Region. “Among them are the complex of buildings of 31 GPISS on Smolensky Boulevard and the former GUOV building in Predtechensky Pereulok, according to the decision of the GVSU TFR" attached "to the criminal case of Oboronservis OJSC as a criminal evidence, therefore, the arbitration is unlikely to arrest them," noted " Kommersant. "

At the same time, as the newspaper reported, the arbitration "can seize and later return to the military bought from them and on their own, as it now turns out, the money complex of dilapidated buildings and the plot on Kosygin Street, adjacent to Sparrow Hills, as well as land on the territory of the estate near Moscow "Arkhangelsk".

Meanwhile, in Stroyimpulse, the problems are connected with the actions of the former management of the company, the former general director Maxim Bobrov. The trust manager of the company, the former vice-governor of St. Petersburg, Anna Markova, discovered that Bobrov had entered into an 171 contract worth 2,6 a billion rubles without agreeing with her and transferred the money to the contractors. Bobrov was removed from office by submitting a statement to the police to him, but the criminal case had not yet been initiated. In addition, problems arose due to the unresolved problems with Amelin’s heirs.

Ctrl Enter
Noticed oshЫbku Highlight text and press. Ctrl + Enter
We are
Ministry of Defense restores ownership of objects sold under Anatolia SerdyukovAdvances of the military went to the arrangement of merchants
Military Reviewin Yandex News
Military Reviewin Google News
7 comments
Information
Dear reader, to leave comments on the publication, you must sign in.