Sergey Aksyonov urged Ukrainians to resist association with the EU 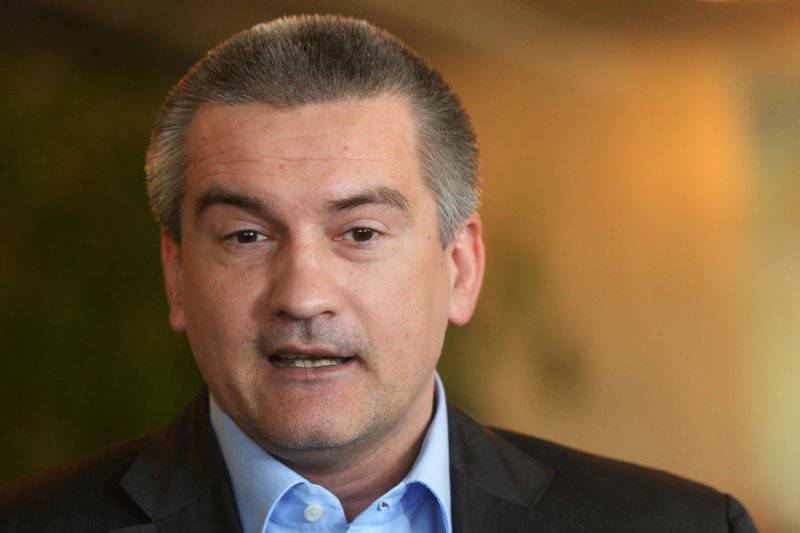 Prime Minister of Crimea Sergey Aksyonov called on the citizens of Ukraine to fight against the Kiev authorities' course of association with the European Union, which, in his conviction, will destroy the country's economy. The politician is convinced that now the “self-styled authorities in Kiev, step by step, are bringing” their country to the edge of the abyss.


In his televised address to the people of Ukraine, Aksenov noted that now in many regions of the neighboring republic “a movement is unfolding in support of our traditional, the only true political and economic union with the Russian state,” Interfax reports. “For the sake of our common good, I ask you - support him! Stand up to fight for a decent future, our common future! ”Aksyonov called Ukrainian citizens. He expressed confidence that this struggle is not directed against Ukraine as a state, but vice versa. “Only this way can you save her,” the Crimean Prime Minister emphasized.

According to him, in the case of signing the economic part of the association agreement with the European Union, “if, of course, you allow it to be signed, you are waited for unreasonably high taxes and price increases, inflation and unemployment, an increase in the retirement age above the average life expectancy.”

According to the director of the International Institute of Political Expertise, Evgenia Minchenko, the opposition did not delve into the details of the document on the upcoming association with the European Union, since the opposition had one goal - to overthrow Viktor Yanukovych under any pretext.

“From the point of view of political risks, the signing of the agreement threatens with a sharp deterioration in the standard of living of the population in Ukraine, it is planned to increase utility tariffs, reduce sequestering social obligations of the authorities. This will undoubtedly have social consequences, ”the expert believes. He added that this program actually means deindustrialization of the south-east of the country, and therefore, “there is a high probability of mass unemployment and an additional blow to the standard of living” of people, primarily those who live in the south-east.