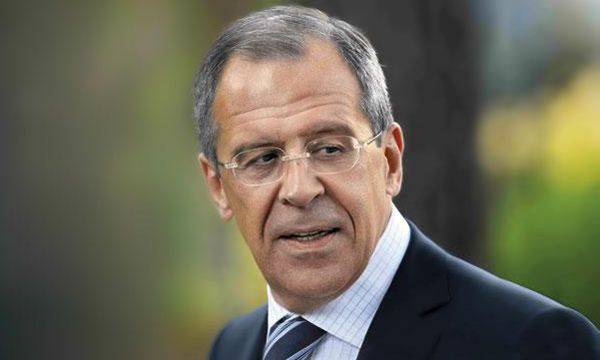 21 March 1950 was born Sergei Lavrov, Minister of Foreign Affairs of the Russian Federation. Western colleagues call him “Mr. No,” the press condemns him for being too pragmatic, but everyone recognizes the effectiveness of his fine diplomatic game.

Sergey Lavrov became an irritant for the West, knowing “what threads to pull”. Especially, Condoleezza Rice didn’t have a relationship with him, which the minister deliberately took out of himself. Their talks were constantly held in raised voices: “Lavrov beat Condoleezza Rice” (Washington Post), Meeting Lavrov Rice: there was no scandal ”(BBC). Taking advantage of her incontinence, Lavrov sought from her the resolution of diplomatic disputes in his favor. So at a meeting of the G8 countries in 2006, they quarreled because of the problem of Iraq, when Condoleezza Rice expressed support for the new Iraqi government. Speaking against this, Lavrov achieved "the involvement of the world community in the political process." “If Russia wants it, fine, let it be so,” Rice angrily ended her response speech.

With his perseverance and persistence, thanks to which Lavrov is often compared to Andrei Gromyko, he led not only diplomats, but also presidents. At the end of the conflict in Georgia, when Russia did not withdraw its troops, Nicolas Sarkozy grabbed Lavrov by the collar, and in the roughest terms he called him a "liar".

Diplomatic acumen helped Lavrov not only in the foreign policy arena, but also in personal matters. “Lavrov learned to use his knowledge and intelligence,” said UN Secretary-General Kofi Annan about him. During his work at the UN, Lavrov refused to comply with the latest decree banning smoking at the Organization’s headquarters: “This house belongs to all UN members, and its secretary general is only the manager,” Annan Lavrov said. In response, the Secretary General only praised him for his "professionalism", allowing him to smoke in the places designated for that earlier.

The article already mentioned the complex relationship between Lavrov and his American counterparts. It is worth noting that when he was replaced by four foreign ministers: Powell Colin, Condoleezza Rice, Hillary Clinton, John Kerry. At the same time, Lavrov had the worst relations with women ministers, which even gave rise to an opinion among the American political elite that Lavrov simply did not know how to contact the fair sex, since in the upper echelons of Russian politics "almost all are men." Perhaps Sergey Lavrov is the only person in front of whom Condoleezza Rice herself could not hold back emotions. Their negotiations often came to spar and exchanges of caustic remarks. Rice more than once called her business relationship with Russian Minister “tense”, if not hostile. Foreign policy wrote: “everything began well, but then violent fights arose,” especially because of differences on the Iraq or Kosovo issues. The same relationship with Clinton. The first brilliant impression that the diplomats made at each other during their meeting in Geneva in 2009 was finally spoiled by political disagreements over the conflicts in Gaza and Syria.

Thanks to the pragmatism inherent in the policy of Lavrov, it is significantly compared with Machiavelli - the Italian statesman, philosopher and thinker who lived in the Renaissance. In his treatise on state management "The Sovereign", he pointed out that the basis of political behavior is not morality, but profit, force. Humanistic values, for the sake of achieving a good goal, can be neglected. For his views, he was known as a cynic, as Lavrov is today called: “Sergey Lavrov is a consistent pragmatist,” says the correspondent of the French magazine Libération in the context of the Syrian conflict. "He always set himself the task of making Russia a necessary and irreplaceable player in the international arena." At one time, the American diplomat John Negroponte spoke about the head of the Russian Foreign Ministry: “If Lavrov has a moral compass, my Geiger counter has not fixed it. His morality is the Russian state. ”

“Nobody trolls like Sergey Lavrov,” the Voice of Russia 28 said in an article from 2013 in November, referring to the American correspondent Max Fisher. Diplomacy is generally rich in beautiful statements and "subtle humor." When, following the talks on events in Syria, Lavrov was able to get Kerry to assert that he had never planned to install missile defense in Iran, the American press called him “a political blackmailer, but nevertheless published a list of the most caustic and successful examples of“ diplomatic trolling ” from Sergey Lavrov. Although, what is there to be surprised about - in fact, all diplomacy is the highest aerobatics of mutual trolling.

In big politics there is no place for personal sympathies. But there is always a personal assessment of a person or his activity. You may not like your opponent as much as you like, but positively evaluate his strategy. So is the case with Lavrov. A minister who is “loved to hate” is respected for his diplomatic acumen. For example, in one of the Foreign Policy interviews, the foreign minister of a major emerging power, who chose to remain anonymous, called Lavrov “one of the most efficient foreign ministers in the world today.” Madeleine Albright herself, the former US Secretary of State, spoke about Lavrov as the most reliable partner and friend during their service at the UN, highlighting his strong diplomacy, as confirmed by Peter Telen from the Daily Telegraph newspaper: “Sergey Lavrov is the most impressive foreign minister in the world.”

Lavrov learned to extract the maximum benefit from the few diplomatic tools of Russia. While still the plenipotentiary in the UN, Lavrov actively resorted to the “right of veto” (ban) on decisions that were contrary to the interests of Russia, which he fairly managed to implant on his Western colleagues.

Once, Foreign policy editor Susan Glasssen asked the head of the press service of the Foreign Ministry, Alexander Lukashevich, why Sergei Lavrov has been holding his post for so long, because “his generation” in foreign ministries had time to change diplomats. "He's perfect. He is the ideal person for this post, ”answered Lukashevich.