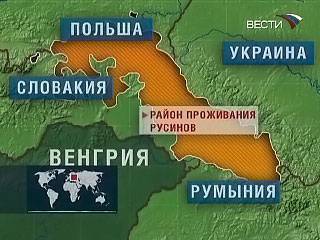 An open appeal to the President of the Russian Federation Vladimir Vladimirovich Putin.
~~~~~~~~~~~

We appeal to you - the President of a great country, a country - who has contractual obligations with our country, has not been and is not committed to the colonial enslavement of Ukraine, but on the contrary, to its restoration, stability and unity. We always honor a very high level of civilization values ​​(education, science, employment, stability and social benefits for the Ruthenians) that were brought by the fraternal Russian people to Subcarpathian Russia in the autumn of 1944, and destroyed in Ukraine over the last 22 of the year. The urgency of this Appeal is caused by the illegal seizure of power by the nationalists of Galicia and in the areas adjacent to Transcarpathia. At present, the danger of the disorder of the Galician nationalists is hanging over Transcarpathia, as the last stronghold of the Russian World. The deputies of the Transcarpathian Regional Council, bought by the clan of the pro-Gulf Nazis Balog, voted 29 on January 2014 of the year for the abolition of the legal authority of Ukraine in the Transcarpathian region. Officially, the current Ukrainian government and the Constitution of Ukraine since lunch 29 January 2014, ceased to exist under the Carpathians and the indestructible autonomous status of Subcarpathian Rus automatically comes into force. Obviously, the power in Transcarpathia seized by force, under the guise of "carrying democratic European values ​​and transformations."

A humanitarian catastrophe began for the Ruthenian people and all residents of Transcarpathia at the hands of the Galician Nazis and local collaborators. The invaders officially all the state organs of law and order are subordinated to the so-called unconstitutional People's Rada of Transcarpathia created by them. A possible new tragedy with the mass destruction of Rusyns is brewing, as it happened 100 years ago in the Austrian concentration camps of death in 1914 (Terezin, Talerhof) and in 1939 (Camp Dumen, near Rakhov). Subcarpathian Rus is a land where the management of the energy hubs of the Russian Federation and Ukraine is concentrated by force came under the control of the clan Balog and their minions from Galicia. In this situation, the Government of Subcarpathian Rus, the Rusyn public, asks the President of the Russian Federation, in the spirit of fraternal agreements with Ukraine (which today, due to its destruction by the Galician Nazis, almost none), to conduct a peacekeeping operation, for a short period - and the resumption of the pre-Soviet status of the Subcarpathian Republic Russia

The Soviet-Ukrainian name from 26 November 1944 of the year - Transcarpathian Ukraine. The presence of the results of the referendum on December 1 1991, as the political will of our people to support the restoration of the Ruthenian statehood and made us write this appeal to you, Mr. President. It is based on the Decisions of the 2-th European National Congress of Subcarpathian Rusinov from October 25 2008, the Act of Proclamation of the Recreation of the Republic of Subcarpathian Rus, the election of the Russian National Government of Subcarpathian Rus and the Decisions of the First World Congress of the Subcarpathian Rusins ​​25 04 2009 in the Czech Armed Forces in Czech Part-Union Russia. The last international legal act of the will of our people in the USSR - the Ukrainian SSR is the Legal (according to the “Law of the Ukrainian SSR on Republican and Local Referendums” of 1991) local referendum-plebiscite in Transcarpathia 1.12 1991 of the Year The 22 of the year was a referendum - a recognized Act, a legitimate document, which expresses the will of the people of Transcarpathia. He was supported by the majority of the people (by 76,8%), where it is legally stated that “Transcarpathia is a special self-governing territory, as a subject (international law) not part of other territorial-administrative entities” - which means - autonomy within Ukraine. Today, the Ruthenians of the region do not want to be part of such a Ukraine, where the Nazi riots are ripening, threatening the Ruthenians with ethnic cleansing. We, the Ruthenians, like all residents of Transcarpathia, have all international legal grounds to appeal to you, Mr. President, to recognize the restored statehood of the Republic of Subcarpathian Russia, to conduct a peacekeeping operation at this time and to neutralize Galician Nazism in Transcarpathia. Russia's peacekeeping role in the world clearly clarified when solving the Syrian crisis. We believe that the peacekeeping role of the Russian Federation in Ukraine will also be successful in the interests of the country.

Yours, Prime Minister of the Republic of Subcarpathian Rus,
Petr Getsko, Coordinator of the Network Rusyn Movement

In addition, Peter Getsko turned to the Russian associations of Ukraine.

The Rusyn Movement Network appeals to all Russian and pro-Russian associations and organizations of Ukraine - let us rise, otherwise the fascists who have turned up will crush everyone one by one. It is necessary to begin, in any form, create intolerance to any manifestation of Galician fascism, physical, informational, at the level of the family, the collective at the place of work, the neighbors in the staircase, at the entrance. All the time, an outside observer passes, it is time for active participants. It is necessary to create a unified network of resistance and coordination, capable of containing the metastasis spreading throughout Ukraine. Let's say ALL FRIENDLY - NO GALITSKY FASCISM, IN ANY MANIFESTATION, IN ANY PLACE! GALITSKY GANGS - OUT OF NEGALIC REGIONS!
And one more appeal