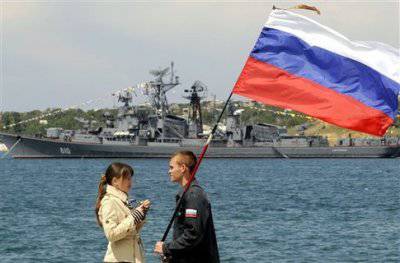 Some of the former ships of the Ukrainian Navy in Crimea will return their historical names or get new ones as part of the Black Sea fleet Russia, a senior source at the headquarters of the fleet said.


“It was decided to return their historical names to former Ukrainian ships or to assign new ones. The former names will be reserved for those ships whose names do not contradict the history of the Russian fleet, ”he said.

Within two months, the Black Sea Fleet of the Russian Federation will work out a decision on the further use of ships and property of the Ukrainian Navy in the Crimea, ITAR-TASS reports.

“We are ready to do all the work on the inventory of the nationalized property of the Ukrainian armed forces within two months,” said a source.

He explained that Black Sea sailors will have to give an objective assessment of the state of the Ukrainian Navy’s property in the Crimea and then decide on the most effective forms of its use. According to him, the property of the Ukrainian Navy is outdated, a significant part of it needs urgent repair or decommissioning.

Recall, on Tuesday, Russia and the Crimea signed an agreement on the admission of the Republic of Crimea and the city of Sevastopol to Russia. Kiev refused to recognize the contract.

Before that, President Vladimir Putin gave a speech in connection with the appeal of the Republic of Crimea and the city of Sevastopol on admission to the Russian Federation.

On Sunday, a referendum on the status of autonomy was held in Crimea. According to the results of processing 100% of protocols, 1 million 274 thousand 96 people, or 83,1% having the right to vote, voted for the referendum, of which 96,77% of residents expressed autonomy in Russia.

Ctrl Enter
Noticed oshЫbku Highlight text and press. Ctrl + Enter
We are
Deliveries of new ships and submarines of the Black Sea Fleet in 2015
Military Reviewin Yandex News
Military Reviewin Google News
100 comments
Information
Dear reader, to leave comments on the publication, you must sign in.