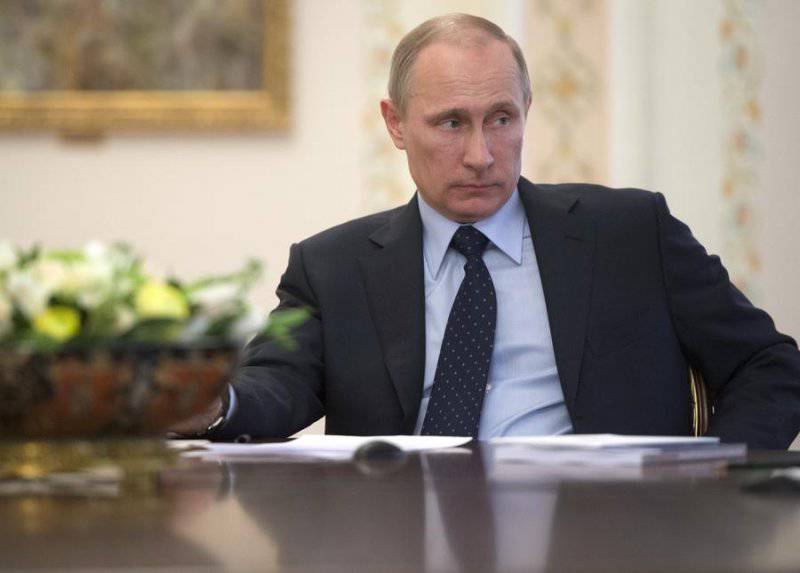 Russian President Vladimir Putin ordered to approve a draft treaty between Russia and the Crimea on the admission of the Republic of Crimea to the Russian Federation. This is part of the procedure for incorporating a new subject of the federation into Russia.


Russian President Vladimir Putin approved the draft Russian-Crimean Treaty on the Adoption of the Republic in the Russian Federation and the formation of new subjects within Russia. The corresponding order of the head of state, signed on March 17, was published today on the official Internet portal of legal information, ITAR-TASS reported.

Recall that today at 15.00, Russian President Vladimir Putin will address the Kremlin in front of State Duma deputies, members of the Federation Council, regional leaders of the country and representatives of civil society in connection with the appeal of the Republic of Crimea and Sevastopol about admission to the Russian Federation.

On the eve, Putin signed a decree according to which the Republic of Crimea, taking into account the will of its peoples in the March 16 referendum, was recognized by Russia as an independent state. The decree came into force on the date of its signing.

Last Sunday, a referendum was held in Crimea on the status of autonomy. According to the results of the processing of 100% of ballots from polling stations, 96,77% who took part in the voting were in favor of joining the Crimea to the Russian Federation. According to the head of the Crimean commission for the referendum, Mikhail Malyshev, the turnout was 83,1%. With a lag of just a few percent of the votes, the same decision was taken by the residents of Sevastopol.
On Monday, the Supreme Council of the Republic adopted a declaration of independence and appealed to Russia to include the Republic of Crimea and the city of Sevastopol into the Russian Federation as two subjects.

Then the head of state appeals to the Constitutional Court with a request to assess the compliance of the treaty with the Constitution of the country, and if the court gives a positive assessment, the international treaty is submitted for ratification to the State Duma along with the draft federal constitutional law, which defines the name, status and boundaries of the subject. If these two documents are supported by the chambers, then changes are made to the Constitution of the Russian Federation, where the name of one or several subjects is added.

An extraordinary meeting of the Federation Council, which will consider the issue of joining the Crimea to Russia, will be held on Friday.