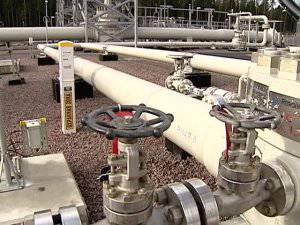 The Ukrainian Foreign Ministry reports that the National Guard and the National Security Service have taken under special protection and full control of the gas transmission and gas distribution system of Ukraine. This was done for the sake of security and to ensure the uninterrupted operation of the most important infrastructure facility, ITAR-TASS reported, citing the ministry’s report.


On March 13, the Verkhovna Rada of Ukraine adopted a law on the creation of the National Guard on the basis of the internal troops of the Ministry of Internal Affairs. The Ministry of Internal Affairs of the country announced recruitment to its ranks. It is assumed that the number of units will be 60 thousands of people, if necessary, the parliament may decide to increase the number of troops.