New authorities deprive Kiev of the status of a hero city 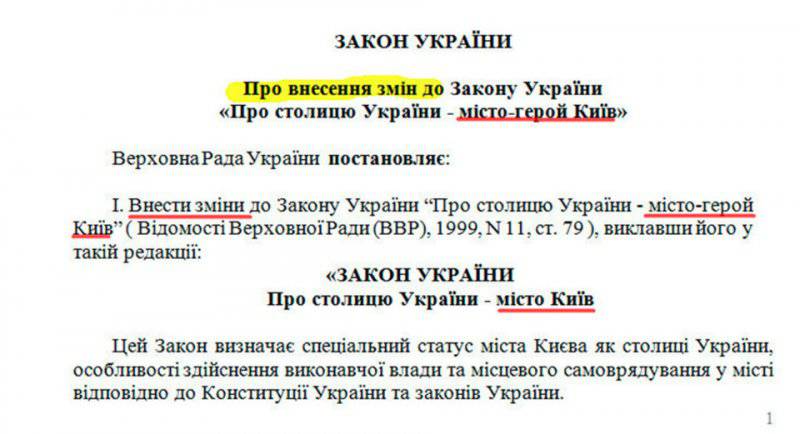 Deputies from the Batkivshchyna Party, Vladimir Polochaninov and Andrei Pavelko, introduced to the parliament a bill that deprived Kiev of the status of a hero-city. Thus, the city in the near future may simply become the capital of Ukraine.

For the rest, the new bill on the status of the Ukrainian capital is almost the same as the current law. The exception is made by the references to European values ​​and charters, as well as proposals to change the administrative structure.

The honorary status of the hero-city was assigned to Kiev for defense against the Nazi invaders during the Great Patriotic War.

Ctrl Enter
Noticed oshЫbku Highlight text and press. Ctrl + Enter
We are
Day of the defeat by the Soviet troops of the German fascist troops in the Battle of StalingradPrime Minister DNI: In the Ukrainian Parliament passed the "party of war"
Military Reviewin Yandex News
Military Reviewin Google News
136 comments
Information
Dear reader, to leave comments on the publication, you must sign in.