Israel attacked near 30 targets in Gaza 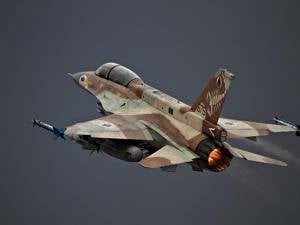 In response to the most intense Palestinian missile attack on Israel’s air force in one and a half years, they attacked 29 targets in the Gaza Strip, Israeli Prime Minister Ofer Gendelman said.


According to the Israeli military, in the south of the country 42 missiles fell, including at least eight - within the settlements. Three missiles were intercepted by the Iron Dome missile defense system. The shelling did without casualties and destruction, reports RIA "News».

"The Israeli Air Force attacked 29 terrorist sites in the Gaza Strip in response to a powerful rocket attack from the Islamic Jihad," wrote Gendelman in a microblog on Twitter. Two more targets in the Gaza Strip were shot at earlier.

Israeli Prime Minister Benjamin Netanyahu promised to respond “with all his might” to the truce violation, and Foreign Minister Avigdor Lieberman called on the local television to “re-occupy” the Gaza Strip, from where the Israelis left 2005.

Responsibility for the rocket attack on Israel took the Palestinian group "Islamic Jihad", three militants who died on Tuesday at an Israeli air strike, inflicted in response to mortar shelling.

Ctrl Enter
Noticed oshЫbku Highlight text and press. Ctrl + Enter
We are
Tanks and roses. Donetsk lives in a fragile truceReports from the militia of New Russia for 13-14 September 2014 of the year
Military Reviewin Yandex News
Military Reviewin Google News
88 comments
Information
Dear reader, to leave comments on the publication, you must sign in.