Europe wants to be left without Russian tourists. And gas? 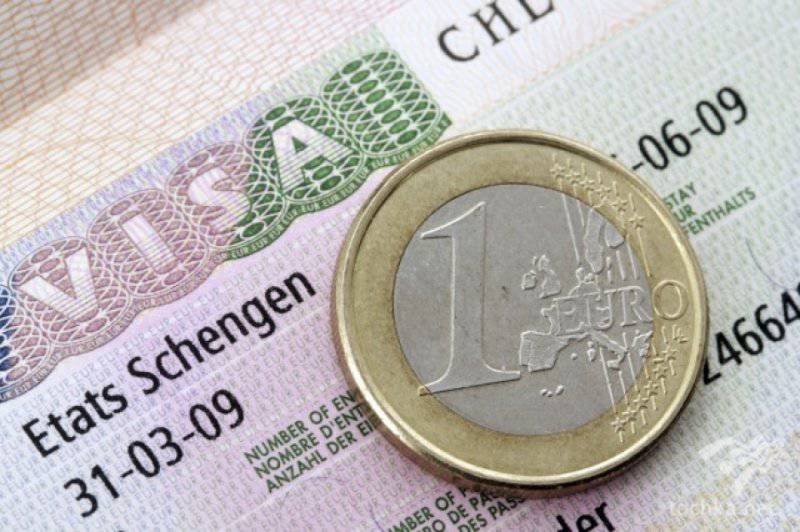 Both Russian and European experts say that there is no need to hurry with the introduction of sanctions against Russia: thoughtless actions of the West will cause harm, first of all, to the Western states themselves. But politicians with the stubbornness of a six-year-old child insist on their own - we want and we do. Because of this, in the near future, many foreign companies may lose business ties with their Russian partners, and European travel agencies will not be able to serve tourists from Russia.

The European Union intends to impose visa sanctions on Russian citizens: due to the escalation of the conflict in Ukraine, Western representative offices will temporarily stop issuing visas to Russians. True, it is not clear how the Ukrainian crisis is connected with ordinary people in Russia who are not interested in politics: Russian citizens are not responsible for the events in Ukraine.

Justice and decency - overboard: in an effort to annoy the Russians, the West has become the embodiment of double standards. Who, no matter how Western politicians, constantly talk about human rights, about the need to strengthen business ties, constantly demand from other countries to open maximum access for Europeans and Americans - and at the same time prohibit citizens of these states from entering the territory of the United States and the European Union?

However, having closed the borders for the Russians, Europe itself is at a disadvantage: now there are sales of tour packages for the high season, and many tour operators are investing a lot of money to promote their own services in Russia. Reckless visa policy of Western leaders can lead to the fact that European companies will throw a lot of money down the drain, because their customers simply can not get to a place of rest.

The EU tourism industry, which is extremely vulnerable and dependent on Russia, will collapse like a house of cards. Thus, the increase in entry flow from Russia to Spain amounted to 32%, and to Greece - 70%. Last year about 1,15 of millions of Russian citizens visited the Greek Aegean coast. The same can be said about Austria: during the 2013 year, 709 thousands of Russians visited overnight in Vienna. Russian tourists were ahead only of the Austrians themselves and travelers from neighboring Germany - 2,3 million and 2,5 million overnight trips, respectively.

But the economy of Cyprus will suffer the most. Recently, this small Mediterranean republic has suffered from a powerful banking crisis, and the previously prosperous offshore backwater has decided to re-engage in the development of tourism. At the same time, Russian travelers are the target audience of Cyprus travel companies.

The fact is that the British, Germans and Greeks (yes, the people of Greece are also going on holiday abroad!) Have lost interest in Cyprus resorts in recent years. If you close the borders with Russia, Cyprus will be on the verge of an economic catastrophe: there is no industry on the island, and offshore banks attractive for foreigners are ruined.

In general, Russian tourists are very generous by European standards: employees of the Spanish Ministry of Tourism calculated that an average Russian citizen spends an average of 159 euros per day during a holiday, and guests from other countries only 108 euros.

From politics to economics

But visa sanctions for Europe are still half the problem: European companies will have to be much worse if Washington and Brussels also want to implement the economic blockade of Russia. Then not only travel agencies, but most enterprises will be left without important Russian partners. Thousands of deals will be broken, unforeseen losses will lead to a fall in stock markets of Western countries.

It is worth recalling that the cheapening of securities for Europe and the USA is not an empty phrase. In Russia, the state of the stock market has almost no effect on the real sector of the economy; while in the West, numbers are believed to be fanaticism, and panic in the stock market is guaranteed to be the beginning of a new crisis. Of course, the “subsidence” of the economy will not be as large as in 2008-2009, but many ordinary Europeans will feel it.

Closed Russian market will be a disaster for European and American corporations engaged in the production of cars, since so many factories are focused specifically on Russia. But the disappearance of cars from the Russian market will play into the hands of the domestic auto industry.

Breaking up contracts with Russian companies is unprofitable for many of those European enterprises that cooperate with Russian oil workers. In general, the extraction and purchase of energy resources is a painful topic for Europeans: left without Russian gas, Europe will quickly die. Even during the Cold War, NATO countries were not prepared to cut off the supply of “blue fuel” from the Soviet Union; What can we say about today's times when business relations between Russia and Europe have already become very close, and sacrificing them to politics is nonsense.

The European economy can still survive the lack of tourists; but without gas and the Russian market, a united Europe will not last long: according to expert estimates, it will take at least 20 years for European countries to completely abandon Russia's energy resources. Germany is most dependent on Russian gas: if sanctions are imposed, Berlin can initiate a review of relations between members of the European Union, or even seriously think about the elimination of this organization, which has become a burden for the German economy.

Any statements by Western leaders that Europe is about to give up the "blue fuel" from Russia is a bluff. If the EU countries actually did this, then this could be considered a geopolitical suicide of European civilization.

What is the maximum price Europe is willing to pay?

Europe has a limited set of tools for “punishing” Russia for its attempts to stabilize the political situation in Ukraine and save the Russian-speaking population of the country. Visa sanctions, freezing the accounts of individual officials, the rejection of military cooperation, some small demonstrative steps and statements - in fact, the entire arsenal of Europeans.

The US can boast a lot, because they are not dependent on Russian gas. But Russia doesn’t depend on the States either: although business ties are established between countries, parity remains when none of the states can have a decisive impact on the economy of the other. Unless with the use of coarse military force — but, apparently, it will not come to that, since Europe is not interested in aggravating the diplomatic crisis and will do everything possible to prevent US armed intervention.

However, the people of the States themselves are at a loss - why fight with Russia? American public opinion is not prepared for the country to climb into a new conflict with an unpredictable result. That is why American politicians will behave very carefully, and they will not move from words to deeds in order not to lose the trust of voters.

In general, everything is in favor of Russia: the West is not ready for sanctions, much less for war. The introduction of visa restrictions - almost ceiling; under unfavorable circumstances, the accounts of individual officials can be frozen - but one should not expect a massive withdrawal of assets, since Western investors have invested heavily in the development of their business in Russia, and they are unlikely to want to feel the effect of the Russian government’s response.

Ctrl Enter
Noticed oshЫbku Highlight text and press. Ctrl + Enter
We are
Ban flights to Egypt. What happened to the plane and what awaits the Russian tourist business?Situational analysis of the death of the MH17 flight (Malaysian Boeing 777), made on the basis of engineering analysis from 15.08.2014
Military Reviewin Yandex News
Military Reviewin Google News
74 comments
Information
Dear reader, to leave comments on the publication, you must sign in.