The World Bank is ready to give Ukraine $ 3 billion 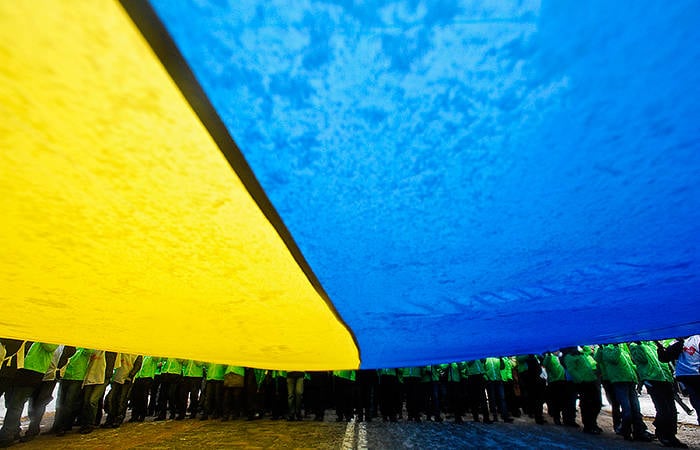 The World Bank (WB) accepted the request of the Ukrainian authorities and intends to allocate to Kiev about $ 2014 billion in 3 to support reforms in Ukraine. This was stated by the president of this organization, Jim Em Kim.


"We will continue to allocate funds for our projects (in Ukraine - IF) and intend to support the Ukrainian government in the matter of carrying out the reforms necessary to stabilize the economic situation in the country," said his statement published on the official website of the World Bank.

“The World Bank is planning to support the Ukrainian people in this difficult time and hope that the situation in Ukraine will stabilize as soon as possible,” the statement says.

Currently, the WB, within the framework of the program of cooperation and guarantees, implements a number of projects in Ukraine for a total amount of $ 3,7 billion. In particular, these funds are allocated to Kiev for the development of the transport system and solving problems in the housing and utilities sector and medicine.

The European Union is also preparing to increase aid to Kiev under certain conditions. According to the Vice-President of the European Commission Olli Rehn, macroeconomic assistance to Ukraine will be increased and will amount to 1,6 billion euros. These funds will be allocated to stabilize the economy and carry out economic reforms.

The first tranche can be quickly allocated as soon as an agreement is reached with the IMF. Ren explained that the European Commission already has a mandate for such an amount and that a corresponding decision has already been taken on 610 million euros. In addition, 1 billion euros is additionally provided, that is, the total amount of aid will amount to 1,6 billion euros.

To get this money Ukraine must fulfill a number of conditions. We are talking about economic reform and an agreement with the IMF. All this must be observed before the separation of the first and second tranches.

The EU mission was sent to Ukraine to assess the needs of short-term financing of the country. The results of her work are currently being studied. The European Commission at the same time maintains close contacts with the IMF, whose representatives are still in Kiev.

"We wish to help Ukraine stabilize its political situation. At the same time, it is necessary to create favorable conditions for economic stabilization. Recall: Ukraine is in the heart of the European continent, therefore we must fulfill our role, ensuring stability and security in this important parts of Europe. This is the reason why we are ready to offer conditional economic assistance to Ukraine as soon as there is an agreement with the IMF and Ukraine will launch deep economic reforms, "said Deputy Chairman E of the commission.

Earlier, President of the European Commission Jose Manuel Barroso said that the total package of assistance to Ukraine will be 11 billion euros. At the same time, the head of the Ukrainian government, Arseniy Yatsenyuk, after talks with the EU Council in Brussels, said that the total amount of macro-financial assistance to Ukraine will reach $ 15 billion.