Neo-colonialism on the example of Ivory Coast 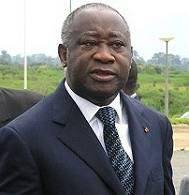 Africa, as is known from the course stories, became the prey of European colonizers. In the middle of the 20 century, after the Second World War, the colonial system almost collapsed, the countries of Africa became “free”, or rather received the illusion of freedom.

Currently, African countries are more or less under the control of Western countries, Western TNCs and TNB. One example is the state of Cote d'Ivoire, better known as the Ivory Coast.

3 April it became known that in Abidjan the Republican Guard, which remained loyal to President Laurent Gbagbo, repelled the attack on the Presidential Palace. They were attacked by supporters of Alassane Ouattara, who had previously captured most of the country. During the fierce clashes, hundreds of people have already died, compare with Libya, where no one has provided photographs of the victims of the "bloody tyrant" Gaddafi. And only now the UN "noticed" the conflict and the fact that supporters of Ouattara, who was recognized by the UN as "the real president", are killing the inhabitants of the country as well as before President Gbagbo.

The cause of the conflict was the election of 2 in December. 2010. The Independent Election Commission (NEC) announced preliminary results, according to which Alassane Ouattara won the second round, gaining 54% of the vote. The country actually split, the south supported Laurent Gbagbo, the north - Alassane Ouattara. The head of the Constitutional Council of Côte d'Ivoire declared the second round invalid and gave victory to the current president. The political conflict was to be resolved by the world according to the laws and regulations of this country, but external forces intervened. The UN, the African Union, the Economic Community of West African Countries (ECOWAS), the EU, the United States and France supported the opposition.

Côte d'Ivoire was “lucky” to be the owner of decent hydrocarbon reserves, besides there are diamonds, manganese, iron ore, cobalt, bauxite, copper, gold, nickel, tantalum in the country. Ivory Coast ranks first in the world in cocoa production and third in the production of coffee, first in Africa in the production of palm oil and natural rubber. The production of a number of other agricultural crops is also developed - bananas, cotton, sugarcane, tobacco, coconut palms, peanuts, and pineapples. It is a supplier of valuable wood species, for example, black (ebony) wood.

This state was a colony of France, which founded a colony there as early as the 17 century. Independence was declared in 1960 year, the standard of living was quite high, migrants from many African countries came to the country. By the end of the 20 century, already half of the inhabitants (who were mostly engaged in agriculture) were migrants or their descendants.

In the election of 2000, the head of the opposition, Gbagbo, won, and a rebellion and civil war soon began in the country. The country was divided into a rebellious "north" and a law-abiding "south."

This practically did not affect the economic and financial power of the French. French capital is the main one in Côte d'Ivoire, for example, Total Corporation controls oil production and refining, Electricite de France controls the country's energy sector, Michelin controls the production of tires, Lafarge controls the production of building materials, France Telecom - telecommunications, BNP Paribas, Credit Agricole / Credit Lyonne and Societe Generale - lending and other financial services. There are about 12-13 thousand French in the country, most of them live in the economic capital of the state of Abidjan and have dual citizenship.

France reacted quickly and sent its military to Côte d'Ivoire, and there are also UN "blue helmets" there. The city quarters, where the French and other Europeans live, are guarded by the French military. The UN forces took control of the Abidjan international airport.

In fact, the positions of President Gbagbo are practically all lost, the West is against him, and most of the country is controlled by supporters of Alassane Ouattara. The EU foreign ministers of 27 called on all Côte d'Ivoire residents to recognize the power of Ouattara.

- Under his leadership, Ivory Coast refused to join the US African Command (AFRICOM). 49 of African countries entered it, but Libya did not enter (was an opponent of this organization), Sudan (split into two parts, a very likely new war between South and North Sudan) and Ivory Coast are very likely. This caused a negative reaction from Washington.

- Gbagbo tried to start the nationalization of the natural wealth of the country, the export of cocoa beans was nationalized.

That is, attempts to get out of the neo-colonial system are instantly repulsed, as we can see from the example of Côte d'Ivoire. You can pay attention to one more fact - France is becoming the new European leader of NATO, the bloc is rapidly turning into an instrument of the war of the North against the South. 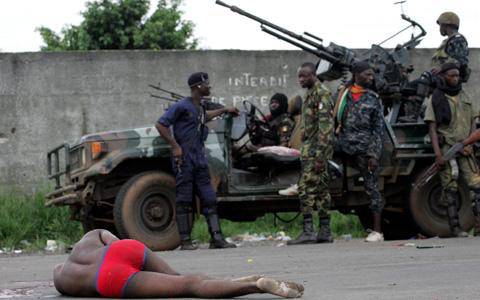