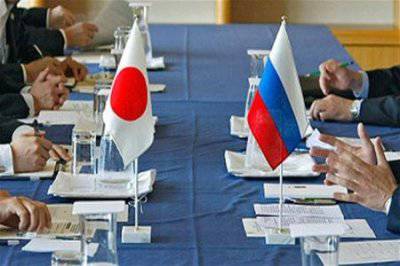 Chief Secretary of the Cabinet of Ministers of Japan Yoshihide Suga declined to comment on the possibility of Tokyo imposing economic sanctions against Russia for the introduction of troops to the Crimean Peninsula, which is part of Ukraine.


A high-ranking official limited himself to saying that Tokyo "will respond appropriately to the situation through comprehensive consultations with the countries associated with this topic."

“We reviewed the news about American sanctions. Be that as it may, we strongly urge all parties involved in the conflict to cautious, restrained and responsible behavior, combined with full compliance with international law and respect for the sovereignty and territorial integrity of Ukraine, ”said Suga.

The firm position of Washington, according to Japanese diplomats, puts Tokyo in a very awkward position, since Prime Minister Shinzo Abe diligently and actively establishes the closest possible ties with Russia that is rich in natural resources.

Surprisingly, the situation in Ukraine is of major geopolitical importance for the Asia-Pacific region. Despite the traditional desire for non-interference, instincts tell Beijing about the need to support Russia. Japan found itself in the same situation, although it can be called even more complicated, experts are sure.

Tokyo ideally tries to maintain close friendly relations with both Washington and Moscow, and it becomes harder and harder to balance on the verge of the outbreak of the Ukrainian conflict. The current situation in the political circles of Tokyo is called the "Ukrainian dilemma of Japan."

Prime Minister Shinzo Abe manages to improve the quality of relations with Russia, and he considers this task a priority of foreign policy, because in bilateral relations with the Russian Federation he sees "the greatest hidden potential that exists today." Since 2012, Abe has had 5 meetings with Putin - much more than with each of the leaders of other world powers. And in April 2013 of the year, he became the first Prime Minister of Japan, who visited Moscow for the first time in a decade. By the way, Putin’s visit to Tokyo is scheduled for autumn 2014 of the year.

Moreover, Japan and Russia have formed a new mechanism of continuous dialogue in the format of "2 + 2", which provides for regular meetings of the Ministers of Foreign Affairs and Defense of their countries.

A sign of apparent warming in bilateral relations can be safely considered as the continuation of negotiations to resolve the issue of the Kuriles or the northern territories - a territorial dispute preventing Russia and Japan from signing a formal peace agreement on the end of the Second World War.

The signing of such a document in Tokyo is considered a true symbol of the revival of Russian-Japanese ties, and they frankly fear that the Ukrainian crisis could cause the breakdown of the most important negotiations.
A huge role in the interest of Japan to cooperate with Russia is played by the issue of energy supplies. Japan, shutting down nuclear reactors after the Fukushima disaster, satisfies 7% demand for oil and 10% for gas through deliveries from Russia. The country clearly does not want to lose such a partner, and the likelihood of the West imposing sanctions on the Russian Federation may well deprive Tokyo of access to such valuable resources. Apparently, the thought of this deprives the Japanese leadership of healthy sleep.

A recent statement by the G-7 countries is about "supporting Ukraine in its efforts to restore the country's unity, stability, political and economic health."

At the same time, the independent political statements of the Japanese leaders make it clear that Tokyo feels a clear discomfort in connection with this statement. The Japanese Foreign Minister, in response to the words of the Western allies, insists: "The position of Japan is as follows - all parties should act with the utmost restraint and responsibility." In other words, the Japanese avoid condemnation of Russia alone, making it clear that in this situation both parties are responsible for the peaceful resolution of the conflict, which clearly contradicts the aggressive tone of the G-7 communique.

However, not wanting to endanger the future of relations with Moscow, Tokyo at the same time tries to maintain warm relations with the United States. As Japanese diplomats say, “in official statements we are trying not to go too far with criticism of the Russian Federation, at the same time we are doing everything to satisfy Washington.” To achieve this is very difficult.

In an interview with Reuters, an anonymous diplomat said that Japanese officials "are in shock about the situation in Ukraine," and these events have become a "huge problem" for the Japanese government. Tokyo understands the essence of the “Ukrainian dilemma” - if Japan explicitly takes the side of Russia, the alliance with the United States will simply fall apart.

Apparently, Prime Minister Abe, after his February visit to Sochi, who promised to “make the current year a year of radical progress in Japanese-Russian relations,” intends to realize his far-reaching plans. The Ukrainian crisis has become an obvious and obvious threat to the intentions of his government, and any abrupt actions can destroy even what the Japanese have already achieved, and everyone in Tokyo understands this perfectly well. Most likely, here they will prefer to continue to observe an incredibly delicate balance in relations with the Russian Federation and the United States.

Ctrl Enter
Noticed oshЫbku Highlight text and press. Ctrl + Enter
We are
About Stalin and KhrushchevSay a word about poor Japanese
Military Reviewin Yandex News
Military Reviewin Google News
93 comments
Information
Dear reader, to leave comments on the publication, you must sign in.