What is the place of Ukraine in the world rankings 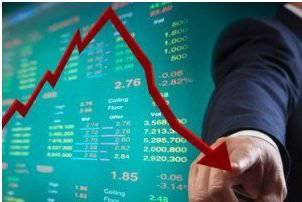 This article presents the ratings of Ukraine for the period 2010-2013. At the same time, they do not yet reflect the negative events taking place in Ukraine. According to the expert community, the position of Ukraine in most of the ratings below will only worsen in the coming years.


Thus, the investment bank JP Morgan in early March worsened the growth forecast of the Ukrainian economy in 2014. According to the Americans, instead of the previously expected growth of 0,5%, the Ukrainian economy is now waiting for a decline of 3,2%. However, the forecast JP Morgan is not the most pessimistic. In Raiffeisen Bank, for example, they believe that the decline can be even greater - from 3% to 7% per year. The experience of other countries that experienced similar upheavals says that as a result of a combination of change of power, problems in financial markets and conflicts (including local hostilities) at the domestic and foreign policy levels, the state’s economy falls by an average of 15% over two years. years old.

1 is a place in Europe for the spread of HIV among adults according to the World Health Organization. Annual HIV incidence rates in Ukraine increased from 2001-2010. more than twice.

1 ranks in Europe in terms of HIV prevalence among pregnant women according to the World Health Organization. In 2010, this figure was 0,55%.

1 ranks in the world in terms of the amount of taxes paid according to a World Bank (The World Bank) survey based on 2011. The World Bank estimated that Ukrainian business pays 135 various taxes in one form or another. This is an absolute world record.

3 ranks in the world at the cost of credit default swaps (CDS) for government obligations at the end of 2013 - the beginning of 2014. Statistics are maintained by The International Swaps and Derivatives Association. CDS insures the lender against the debtor-state's default, and the higher the market estimates the value of CDS, the more likely it is that the state will default.

4 ranks among the world's worst economies in the world according to Forbes magazine (2011). Ukraine is on this rating between Guinea and Jamaica.

5 ranks among the countries with the largest number of expatriates in the world. According to the World Bank (The World Bank) at 2010, 6,6 is a million Ukrainians abroad (15% of the total current population of the country).

7 ranks in the world among the countries with the highest level of software piracy. According to the Business Software Alliance, the commercial value of unlicensed software installed on personal computers in Ukraine is $ 571 million.

24th place in Europe in terms of corruption according to the British audit company Ernst & Young (places are in reverse order, in first place is the country with the lowest level of corruption). Ukraine is in the penultimate place.

57 ranks in the world (from 59 countries in which the research was conducted) on the competitiveness of countries according to a report published by the International Institute for Management Development. The leaders of the rating are Hong Kong, Singapore, USA, Switzerland, Taiwan, Canada, Germany, etc.

61 place (from 68 countries for which the study was conducted) in the Quality of Life Index rating for the 2013-2014, which determines the countries with the most favorable conditions for living, which is annually compiled by the American magazine International Living. Ukraine is located immediately after Pakistan.

83 is ranked in the world in the ranking of countries' tourism competitiveness, compiled by the World Economic Forum. Ukraine was on the same level with Namibia.

112 ranks in the world in the World Bank Doing Business (The World Bank) and International Finance Corporation rankings for 2012. This rating allows you to objectively evaluate the ease of doing business in a particular country. Ukraine is located between Lebanon and Papua New Guinea.

134 ranks in the world from 180 in terms of corruption according to the global non-governmental organization Transparency International.

164 ranks in the world in terms of economic freedom, which make up the American Research Institute Heritage Foundation and the Wall Street Journal. Ukraine is on this indicator between Uzbekistan and the Republic of Chad.

181 ranks among 183 countries in the world in terms of ease of paying taxes, according to analysts from the World Bank (The World Bank). Even the Republic of Chad and the Congo were higher than Ukraine in this ranking. On average, Ukrainian entrepreneurs spend 657 hours per year on tax returns and tax payments.