Nothing left of that city that I knew. Destroyed pavement, burnt cars, soot on buildings, fascist slogans on the walls. 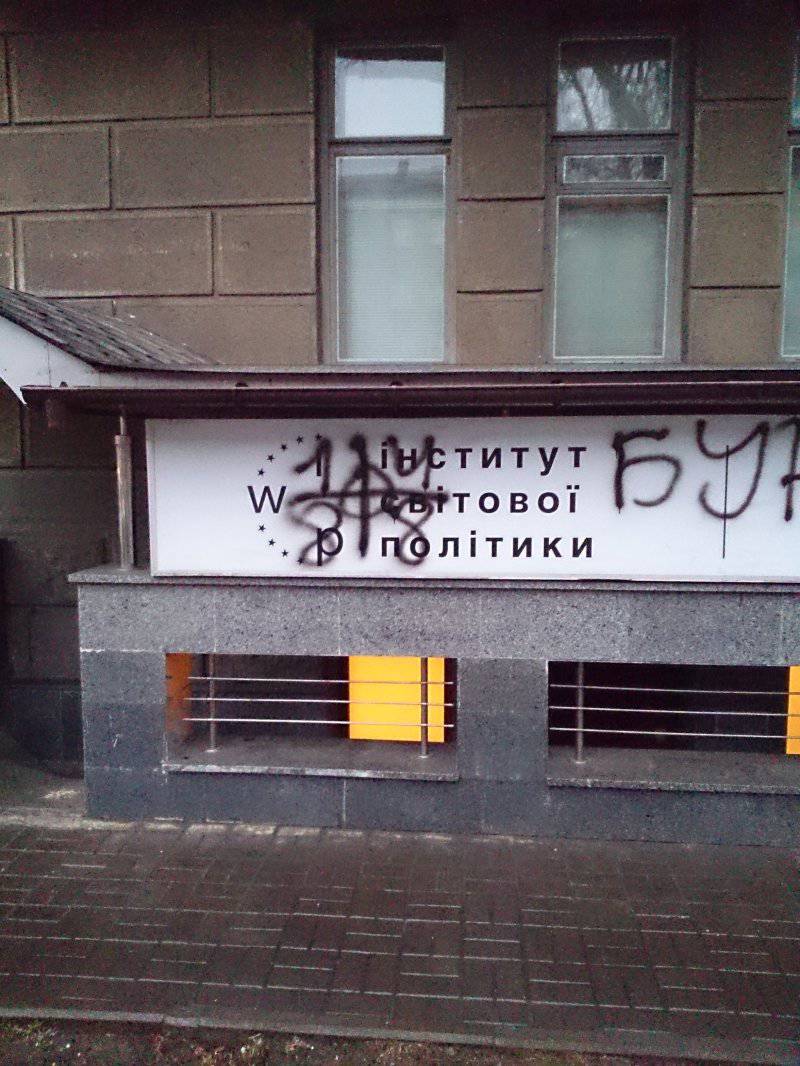 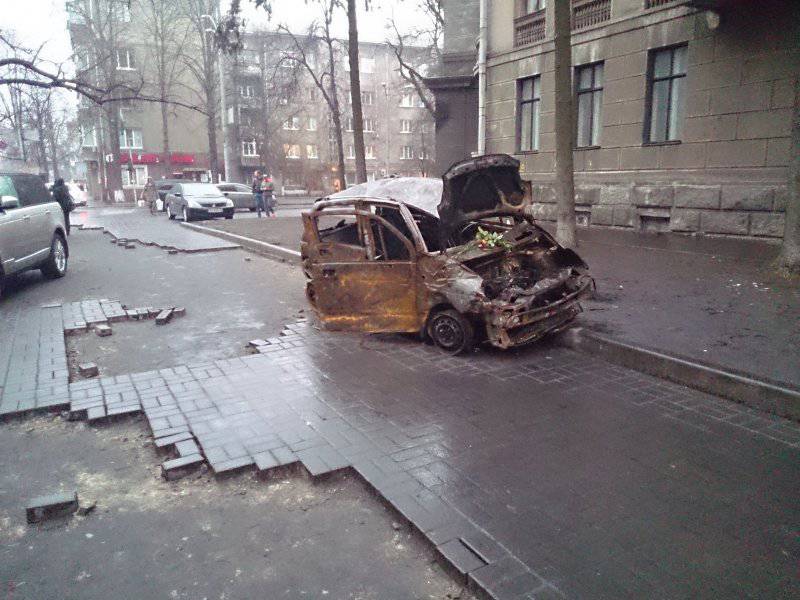 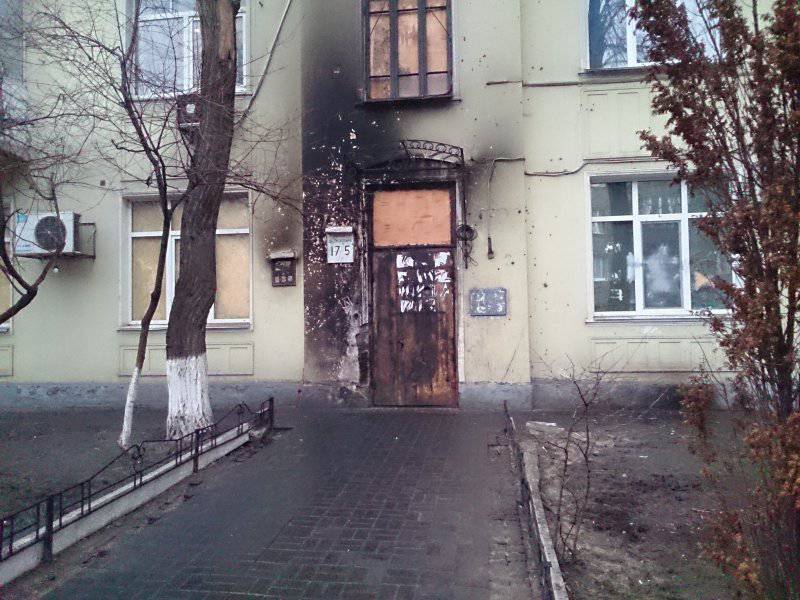 And adherents of Maidan will still argue that there were no fascists? People have become aggressive. Many pointedly do not speak Russian. A new question appeared when you communicate with a person on the street: “Are you a star?”. From Mars, lovely Kievans, from Mars. Because I am ashamed to say that I am from Ukraine, after what you have done with Kiev and the country. You supported the Nazis, you wore them soups, you insulted the guys from VV and Berkut. So now, dear Kievites, you are the same Nazis, like your newly made “Hero Maidan” from the “Right Sector”.

I spent a few hours watching Kiev TV channels. This amount of lies I have never seen. I recently visited different cities of Ukraine. And because I saw a lot personally. And I am ashamed of Kiev journalists. This is a betrayal of not only professional ethics, but also a betrayal of the inner human that you, Kiev journalists, should remain in your soul. Or have you already sold all your secrets? Exchanged for hatred of the Crimea and Russia? How will you live further, Kiev journalists, will hryvnias and dollars fill the void on the place of the soul you sold?

Gray sky, smell of burning and gray faces. Kiev has changed. It looks like a long time. Everywhere in the center are candles and flowers. At the exit of the metro station on Khreshchatyk even managed to put a couple of empty coffins. In Kiev, a unique emotional atmosphere reigns. Necrophilia in half with necromancy. Almost all the monuments turned into the altars of the "heavenly hundred." Even on the outskirts of the city. Next to Kirillovskaya Street, behind the tram depot there is a park (I do not remember the name) - so there a small monument was covered with black cloth, forced the whole with candles and flowers. And there are dozens, if not hundreds of such cenotaphs all over Kiev. This love of necromancy causes mild nausea. Mass reactive psychosis, which, like a funnel, delays more and more Kiev residents.

A large crocodile wandered around Kiev. She, she ... was hungry. I saw a Frenchman and grab him for his belly. She, she ... was hungry. I did not see crocodiles on the streets of Kiev. But the "revolutionary triples" set. You go, you go in the center, you look at peaceful passersby. And then the r-time - the reality is cracked, and three of you go in camouflage, with bats or police batons, in helmets. And the harsh, stern faces - thin and elongated. Revolutionary sans-cups feel every passer-by with a tenacious gaze. Maybe he is "titku", or that one? Or maybe the couple are generally separatists? Kievans you like it like?

At the transition from the Golden Gate station, a seemingly culturally well-dressed Kiev woman became attached to me. That's just she was hung with yellow-blue ribbons, like mojahed grenades. She did not like my flowers. 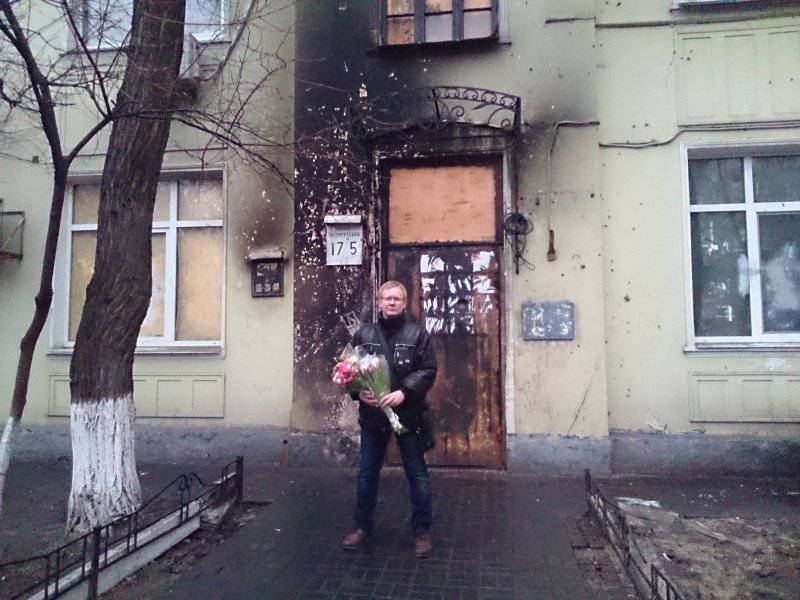 I carried two bouquets to brave girls who were not afraid to support the guys from Berkut and VV in the bestial atmosphere of the Maidan. I carried spring flowers - tulips, irises and a bouquet of roses. “Svidomo” from Kiev to the “shchyriya nightingale move” to the whole station scolded me that I walk with the wrong colors. In her opinion, it is necessary to walk with carnations, necessarily with two, and to bow to the cenotaphs of the "heavenly hundred." Reactive psychosis in action.

This "heavenly hundred" of them is a competent mythological project. The puppeteers of the coup realized that with the mythology of Bandera, a sadist and a Nazi, and Shukhevych, a Nazi and a punisher, it is impossible to unite Ukraine. An open, honest, noble Southeast storing historical the memory of great ancestors, organically cannot call the “heroes” of traitors, Nazis and punishers. The Southeast does not have this irrational bestial love of the West for the “Bandera heroes”, whatever they do with the Poles, Jews and Russians. And then the puppeteers decided to bind the new Ukraine with death and blood. The death and blood of the "heavenly hundred." Surprisingly, the national Svidomo as it was not, and there are no real heroes.

“The idea is the most dangerous virus. The formed idea will not leave the brain ”(c) Kiev perfectly demonstrates this. Even previously calm and cultured people are becoming more and more uncontrollable tantrums. Zombie. When around you - on the street, at work - the mass of people infected with the idea, it is very difficult to remain a person and not get infected yourself. Do not argue with followers of Maidan - they have no purpose to discuss with you, they cannot be guided by "rationality", they do not perceive the arguments, and they will not hear the truth. Their task is to infect you with their twisted idea and faith. They are ideal vectors of "virus Maidan." Do not talk to them, do not believe them. Some of them will be cured - then, in a few years, as it was after the “orange coup”.

Having talked two days with Svidomo Kievans on the streets, I understood the essence of the zapadensky national idea. This is the result of huge complexes of petty, evil folk. From this arises, and deep Russophobia adepts Maidan. That is why they call the Russians "slaves", "deers" and "Katsaps", and the inhabitants of the South-East "cattle", "Gopnik" and "scum". Valor dwarf - high spit. Here, national-svidomye and spit, as they can, into strong and calm peoples, because they can do nothing more - neither create a strong state to be proud of, nor be famous in sports, or leave a mark in world culture. But in spitting in height, they achieved noticeable results.

In my office, the oligarch Kolomoisky fell in love only for one sentence. When he called Putin a schizophrenic, Kolomoisky's “office revolutionaries” simply forgave everything — raiding, and stealing, and outright marginal criminality of 90's. This is how the people's love of the “office elite” is earned.

Question: What is the angular speed in the coffins of the so-called “heavenly hundred” of the Ukrainian “people's revolution”, having learned that they were dying for the oligarchs and killed the guys from the explosives and Berkut for criminal gates?

Ctrl Enter
Noticed oshЫbku Highlight text and press. Ctrl + Enter
We are
About Stalin and KhrushchevWhat you didn't want to know about England
Military Reviewin Yandex News
Military Reviewin Google News
208 comments
Information
Dear reader, to leave comments on the publication, you must sign in.